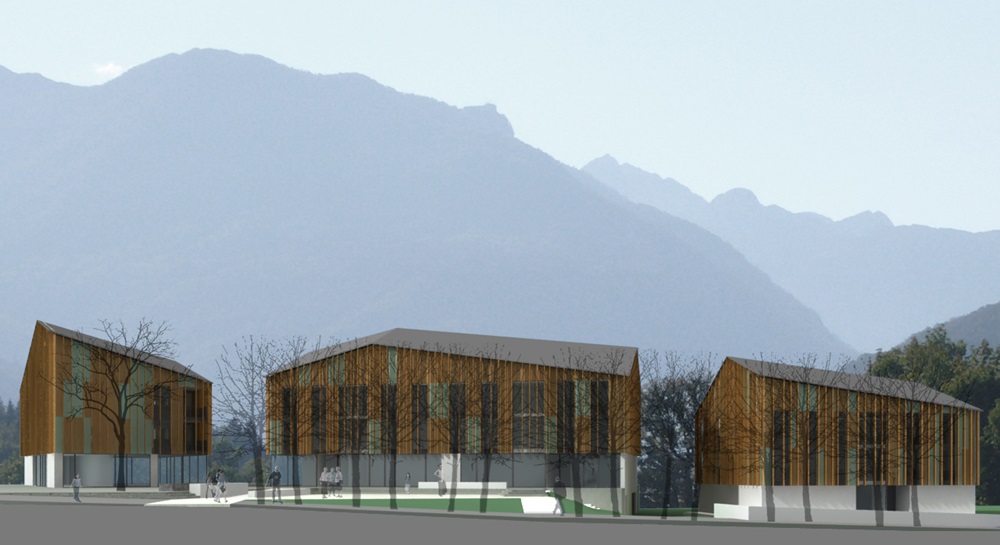 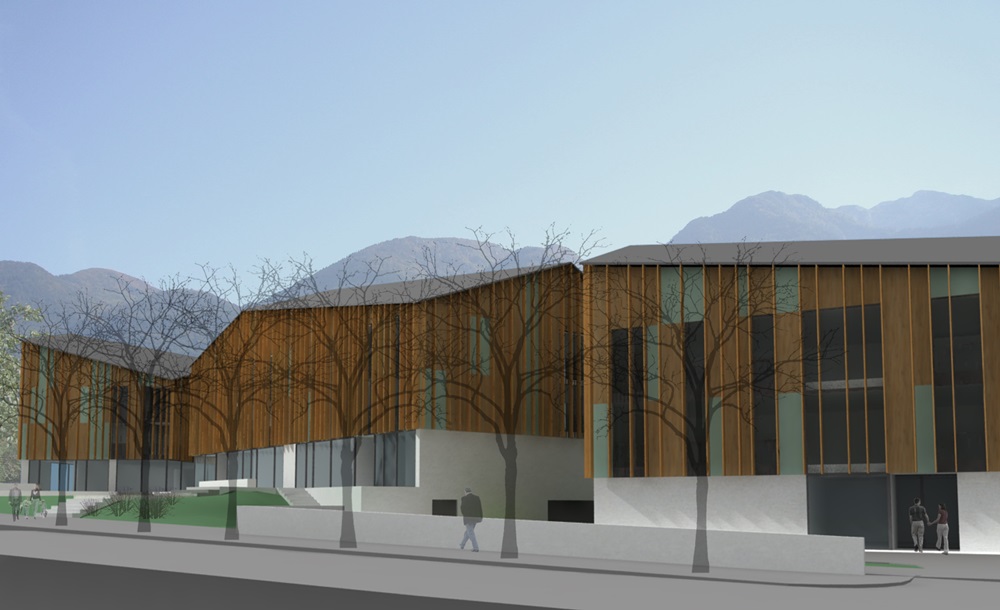 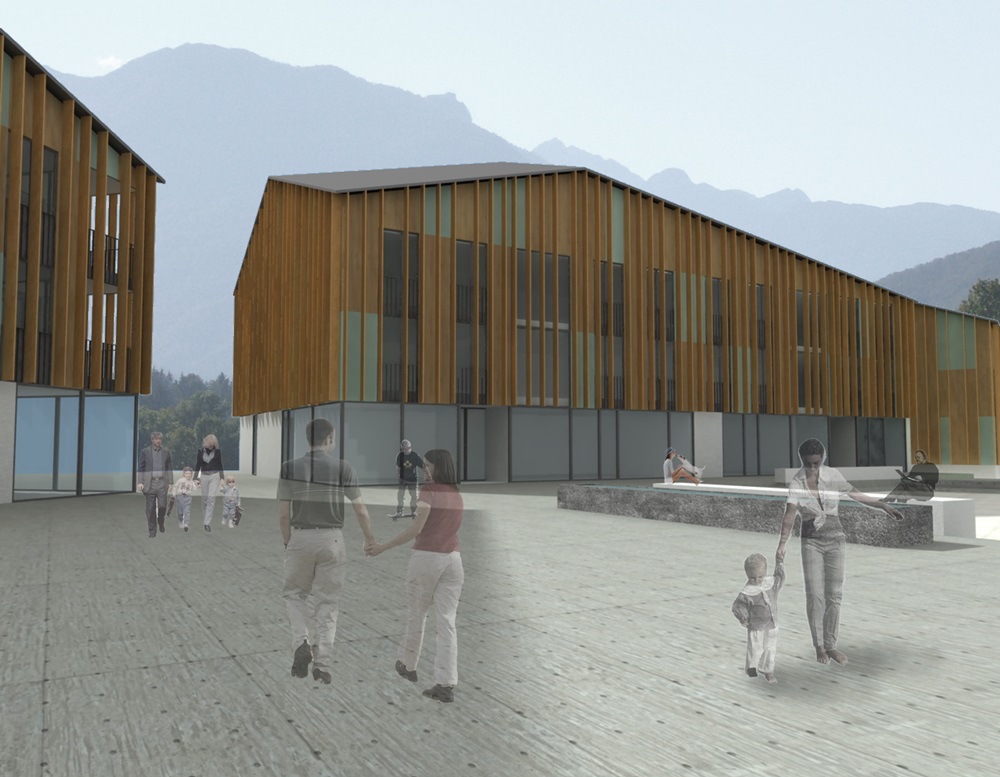 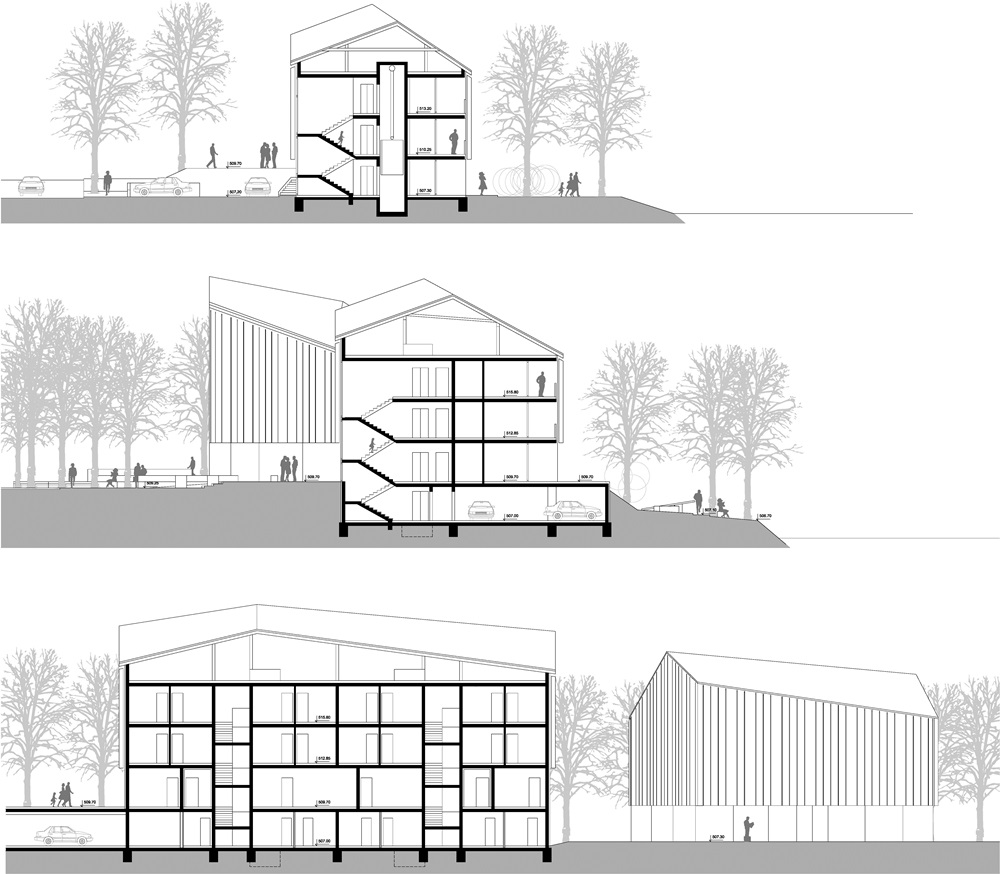 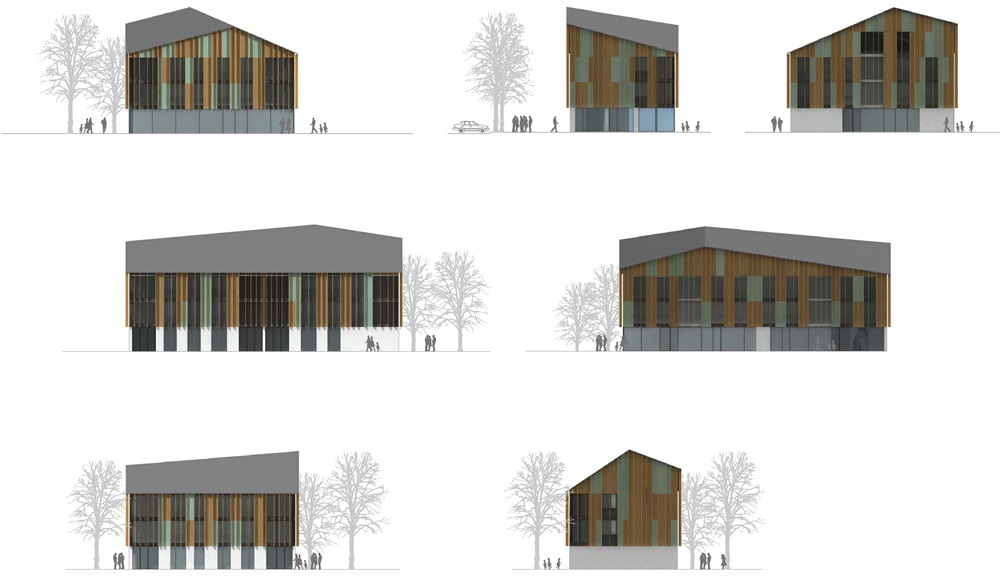 The design of the building and the exterior space forms a unity with the location and references the morphology of the existing built structure and the natural environment. It creates a new centrality between the two village focal points and river Bistrica along the main urban axis of the town. The complex acts as a portal between nature and the urban, between “outside” and “inside”, between the upper and the lower village. Three individual buildings are planned. The two buildings towards the east thus have a more urban character, they are urban residential buildings with a public ground floor, while the one on the west side is actually a small, plant-clad luxury block of flats. The buildings are pulled away from the road, which allows two squares to be formed, while the flats face directly towards the river and the riverbank landscaped as a park. The buildings’ bases and the square itself are “dressed” in stone; the buildings’ facades are wood-clad. The saltbox roofs with tilted eaves on the side facing the road are interpreted in a contemporary, relaxed manner. With hardly any cornices at all, the buildings’ forms resemble wooden polygons levitating over the glass-panelled ground floors. 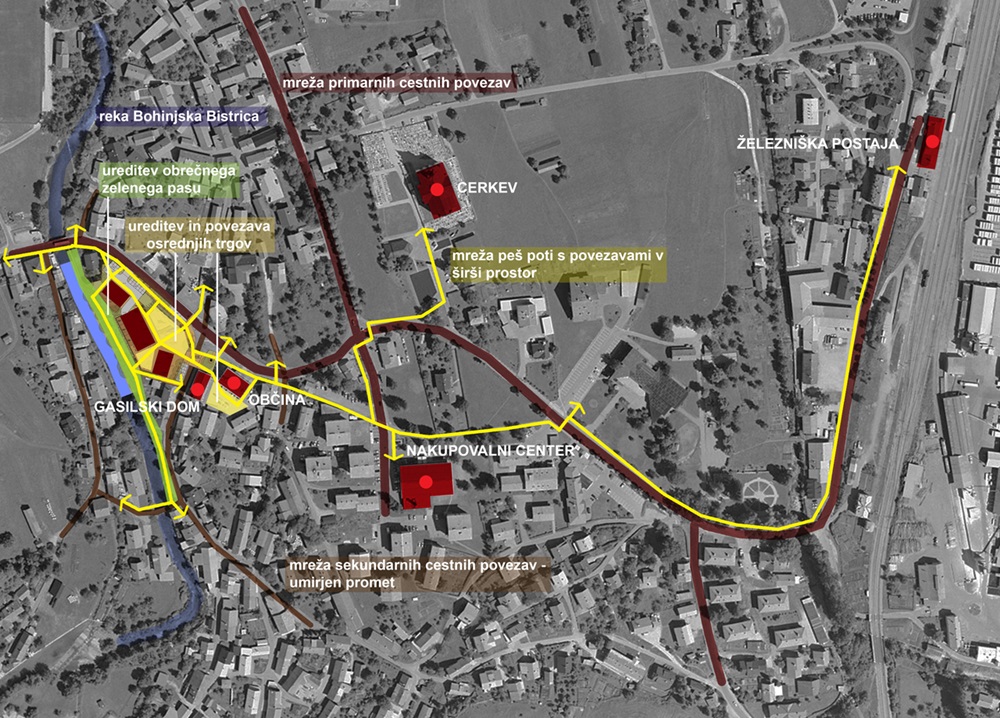 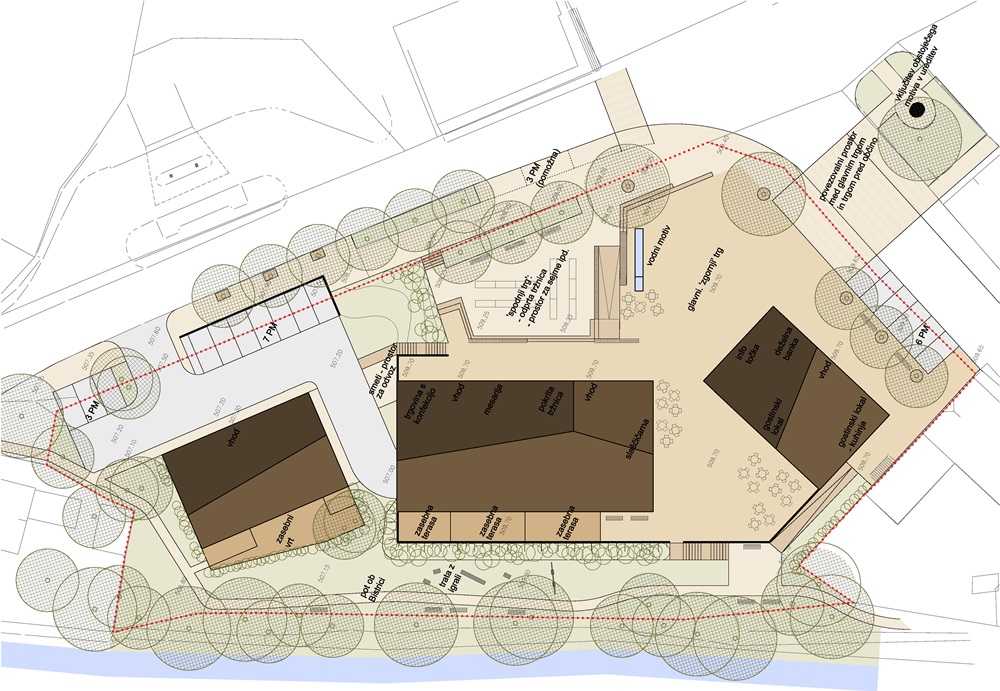 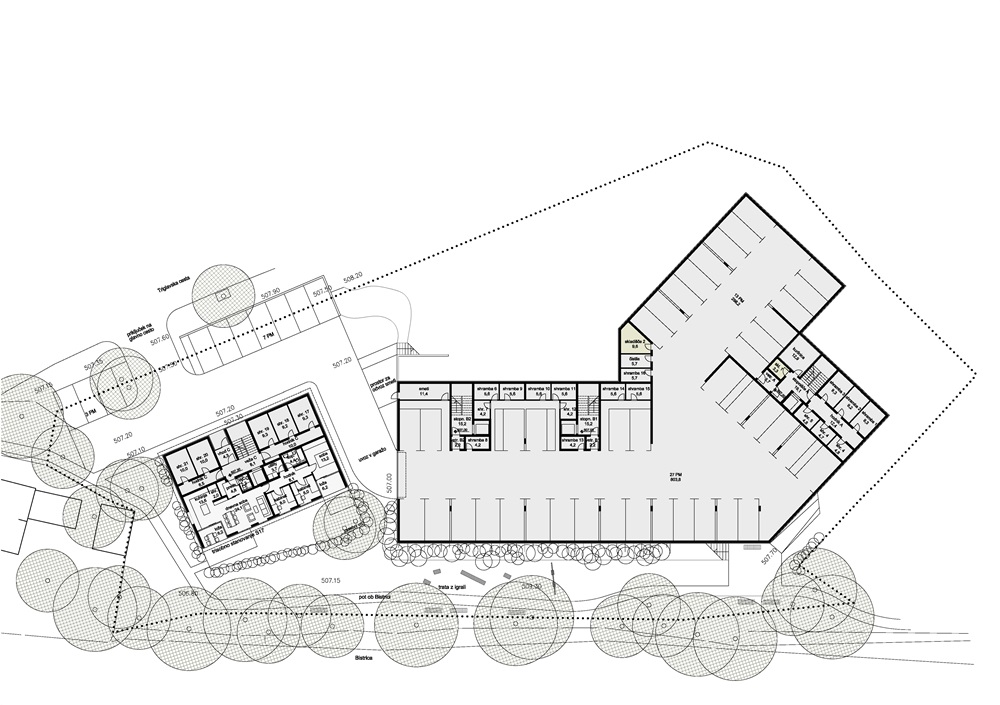 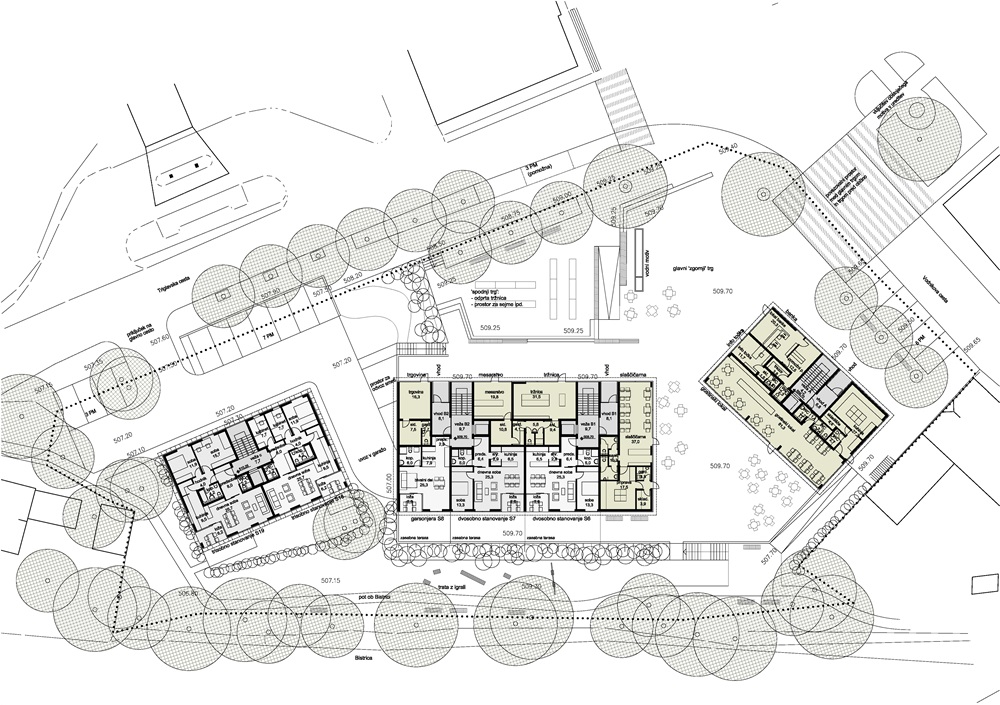