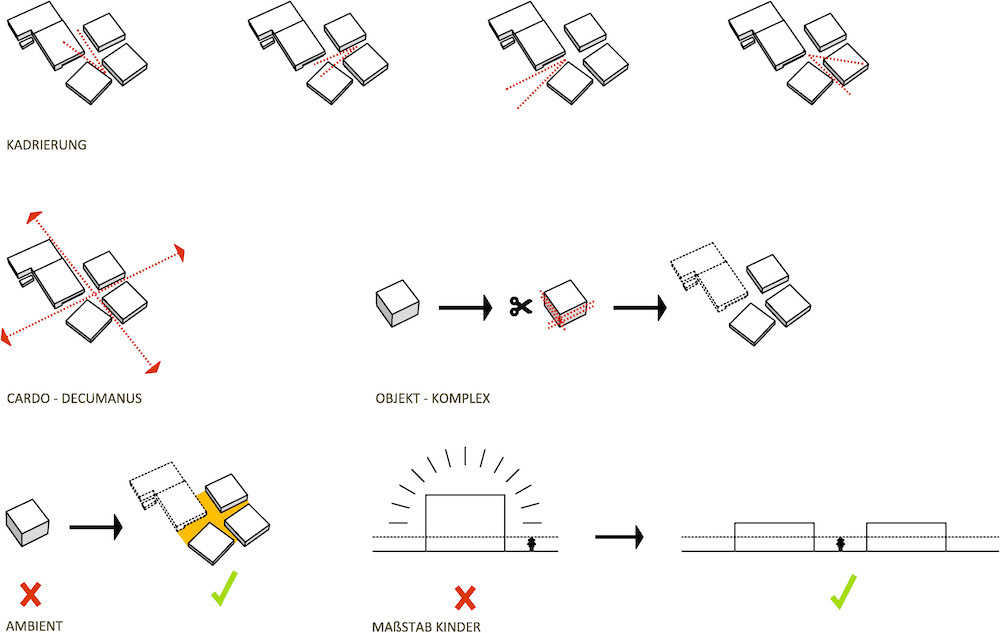 The city of Hard wanted to build a new school at the edge of the town in the green area near the lake and next to an existing sports hall. The sports hall and the new school shape an urban space. We divided the complex programme of the schools into three buildings. Rather than placing the buildings into a grid, their slight rotations emphasize the perspective and shape exterior space. The existing sports hall becomes an equal part of the composition. The core of the complex is the so-called School square at the crossroad of the main footpaths. Each of the school buildings is designed around an atrium that brings the light into the interior, provides orientation and flexibility. Bridges that form a system of interior paths and meeting places connect the three buildings. They distribute children, teachers and visitors throughout the school. By dividing the school into three separate volumes, we refer to the work of British artist, Rachel Whiteread (1963). Her urban inversions cast the negative space and fill its void with concrete. By this principle, the void becomes the mass and interior turns into exterior. In our project, we use the same principle of casting: the passage becomes the positive space of the school, its public space. 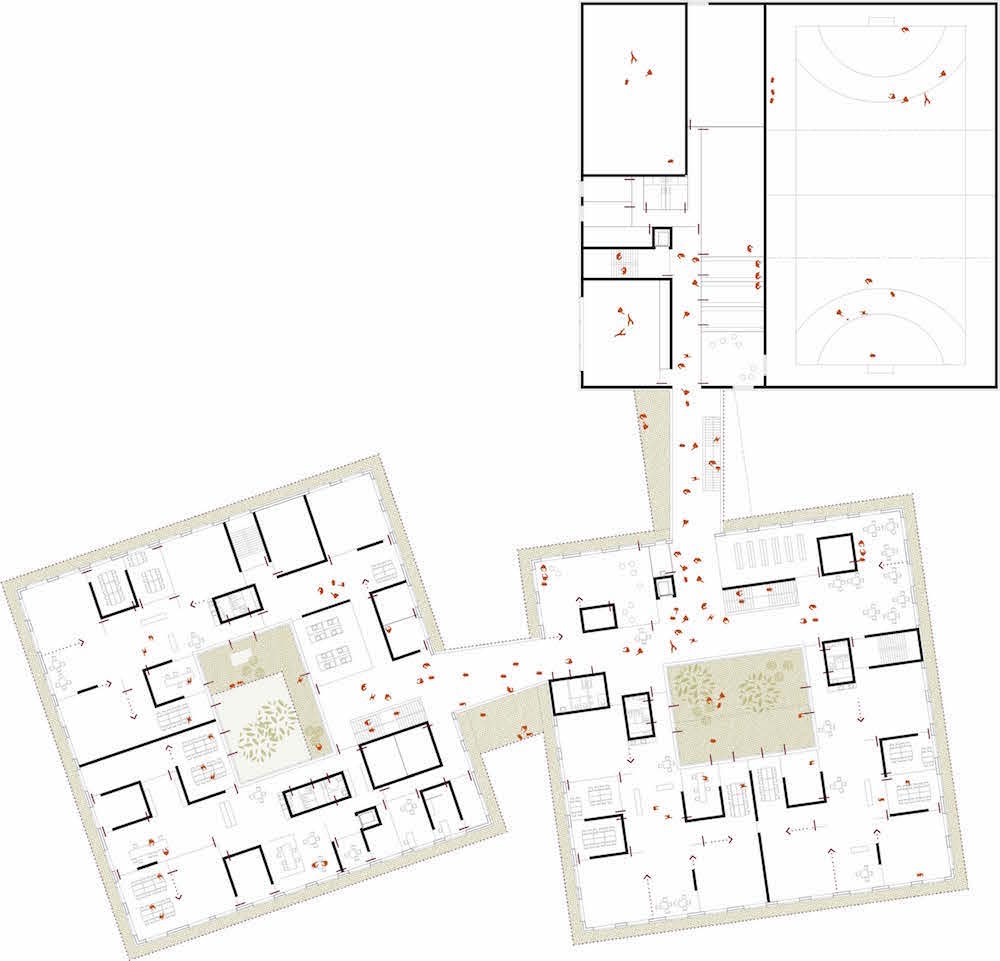