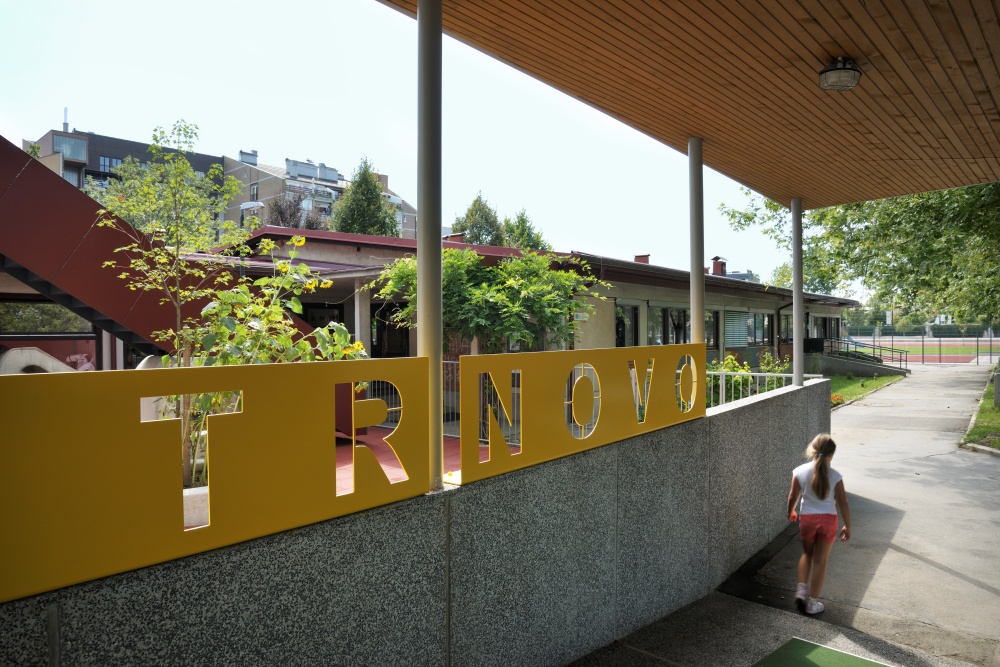 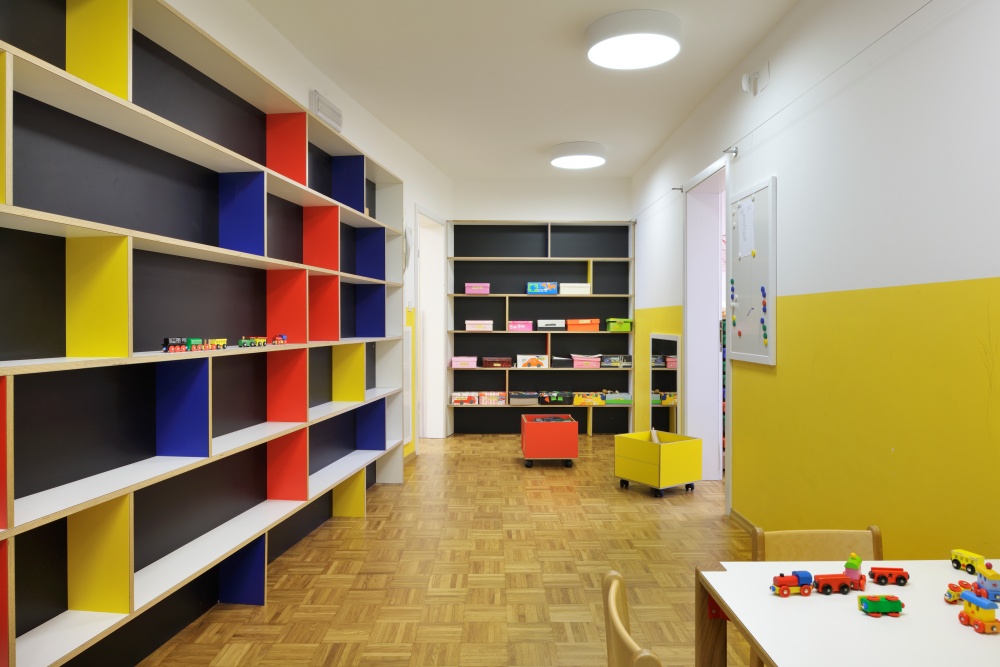 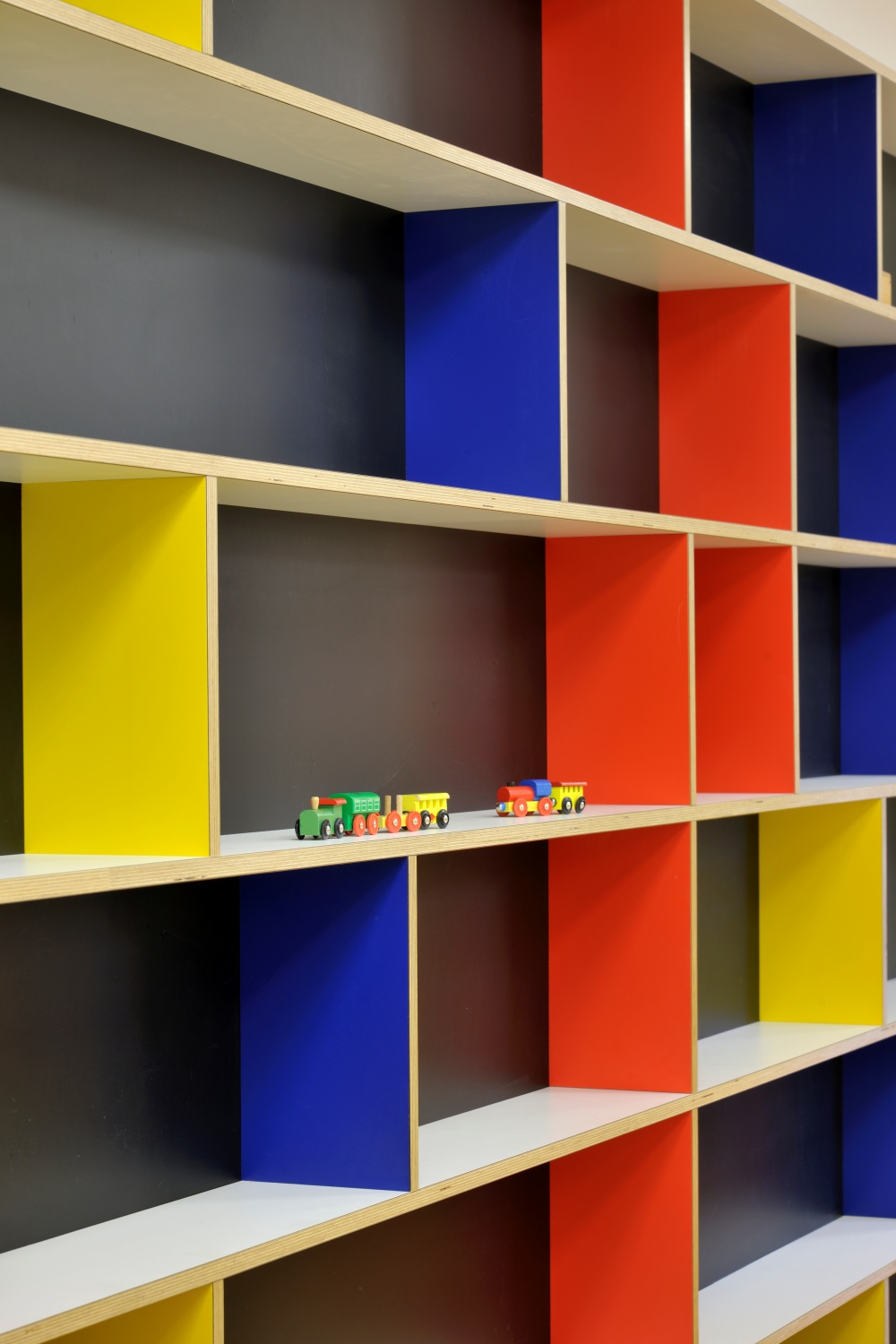 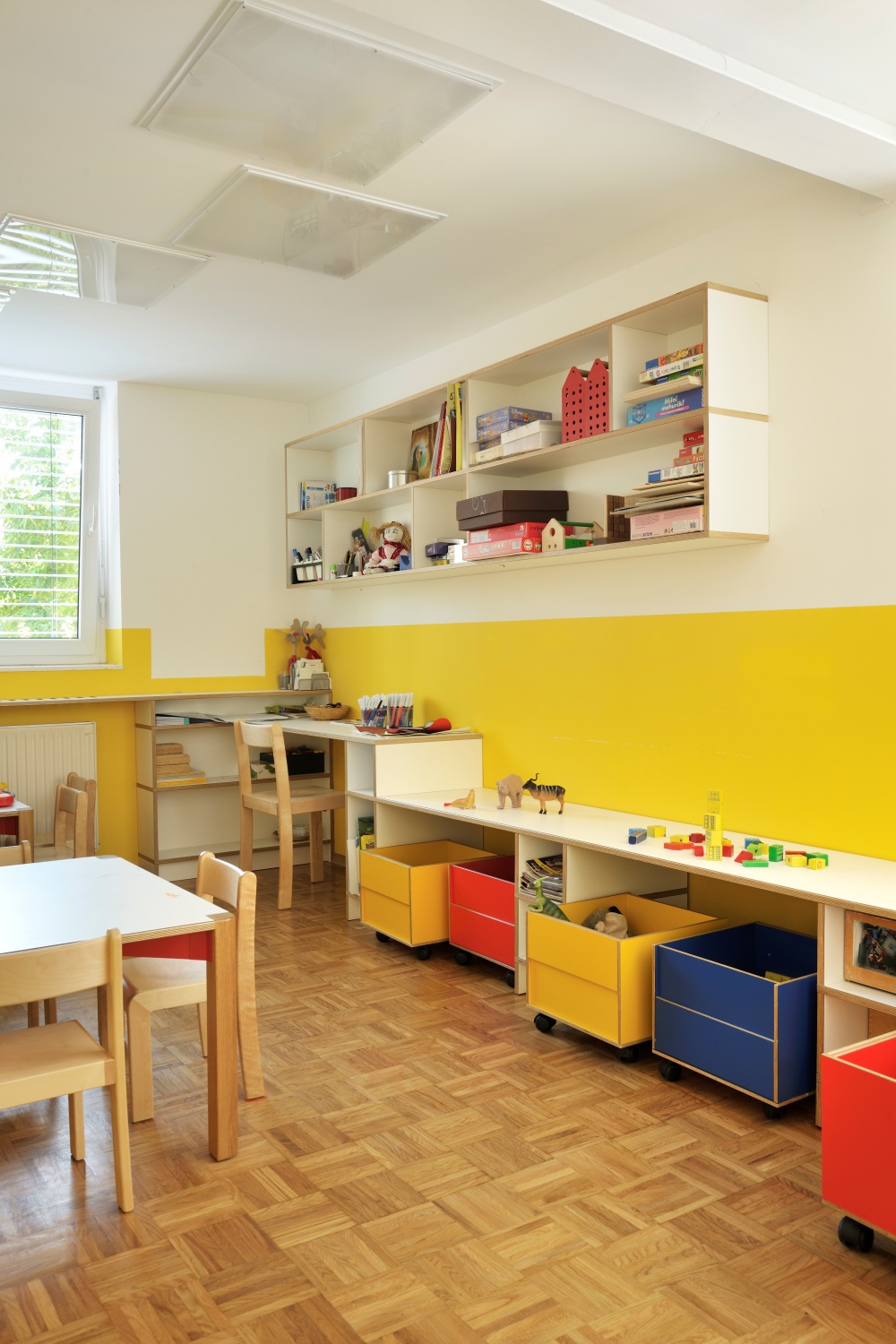 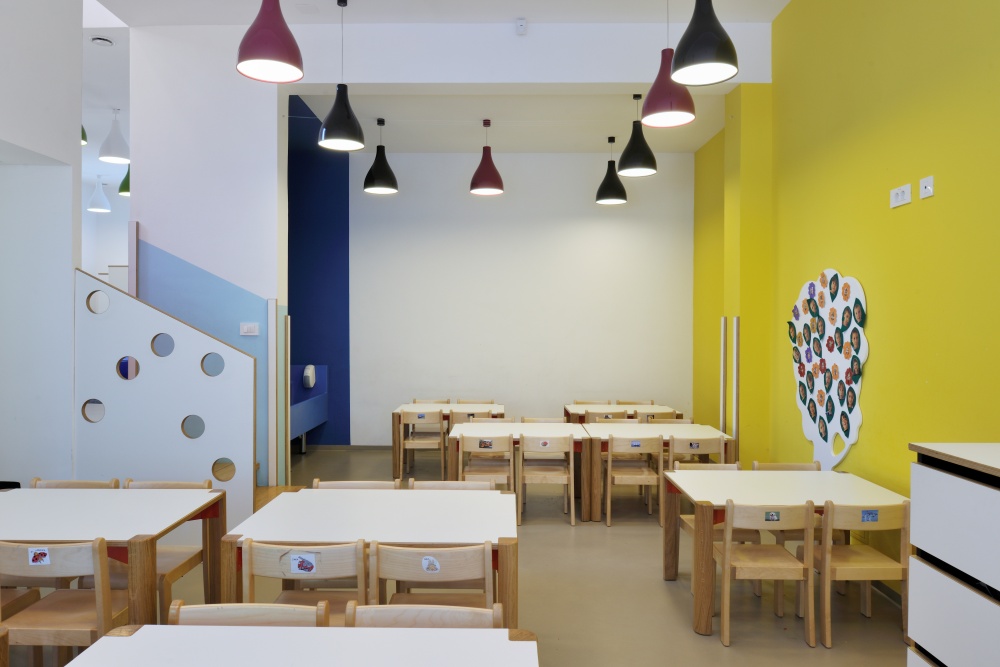 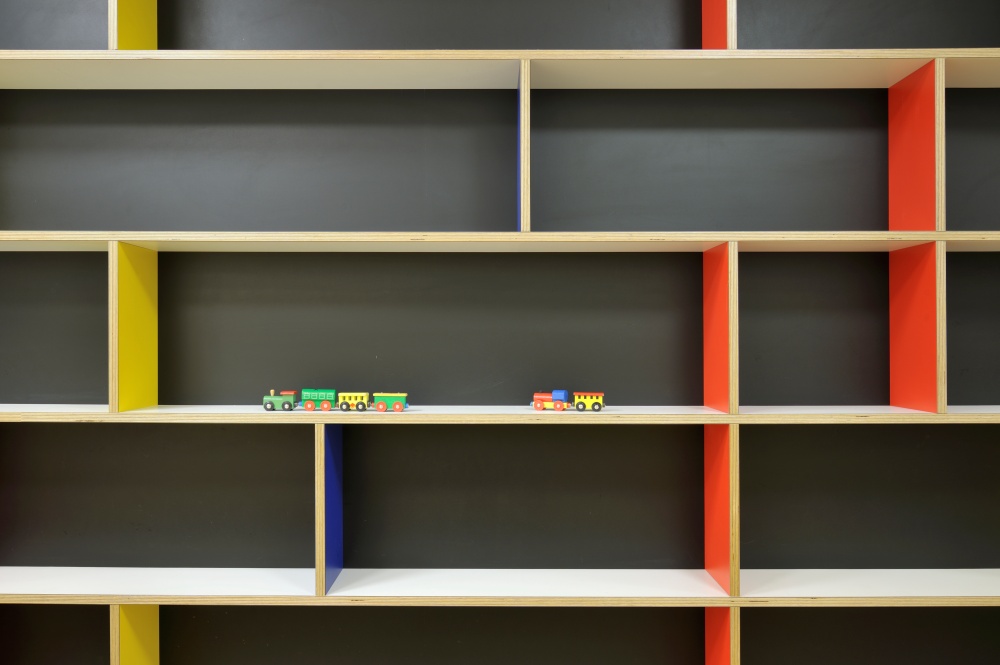 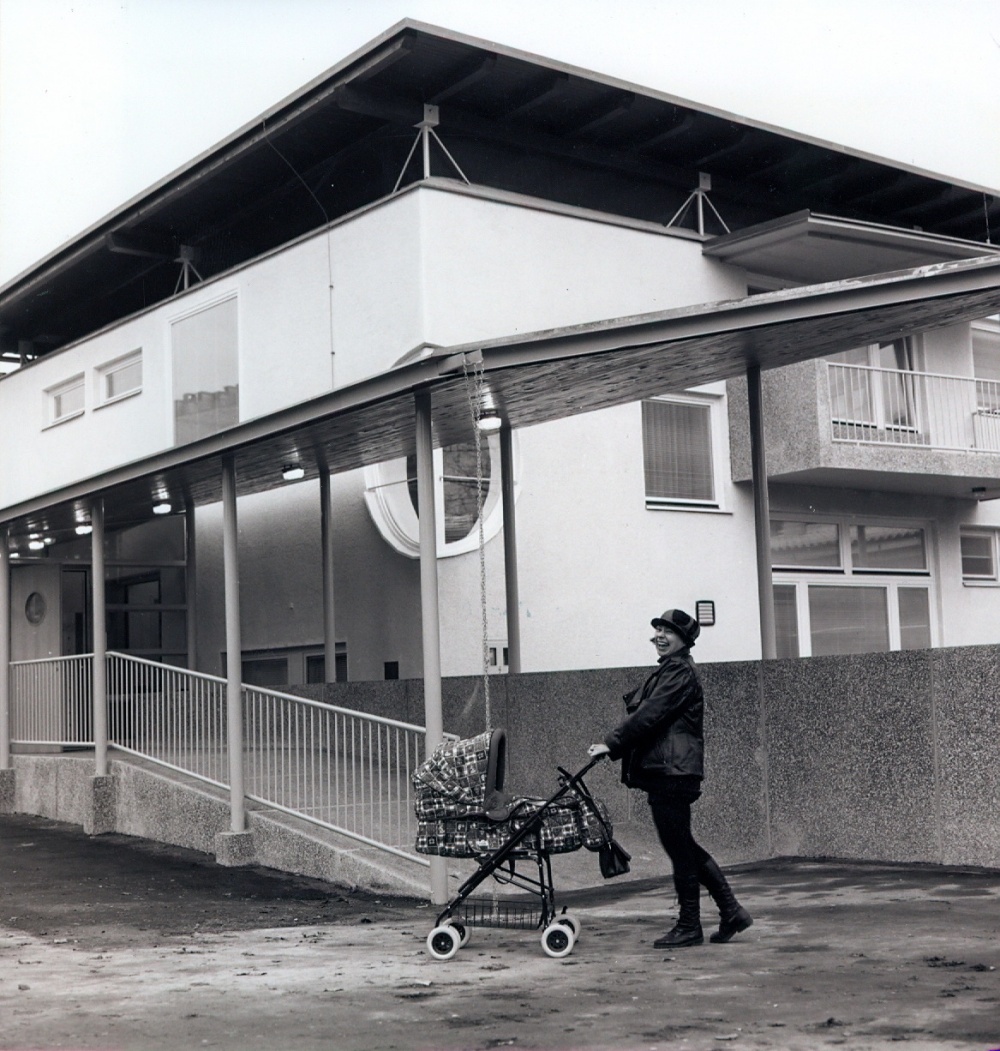 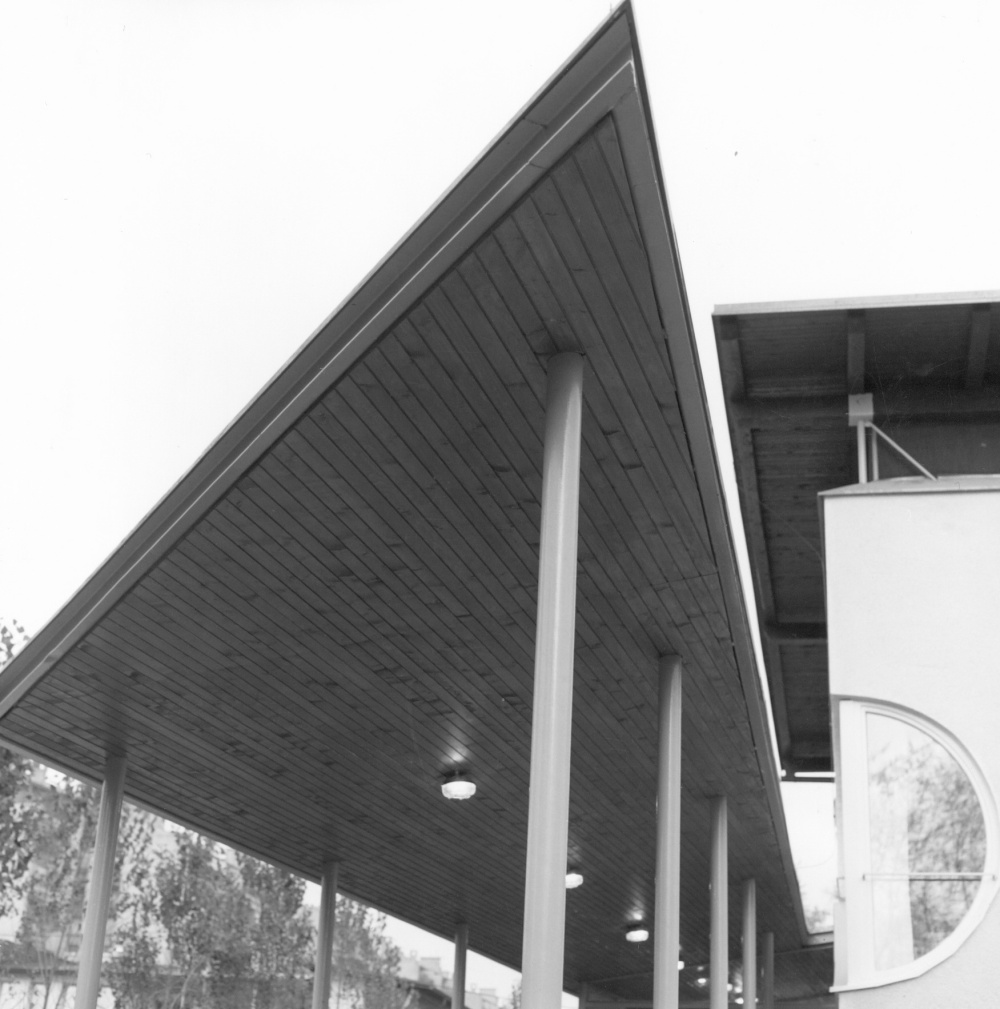 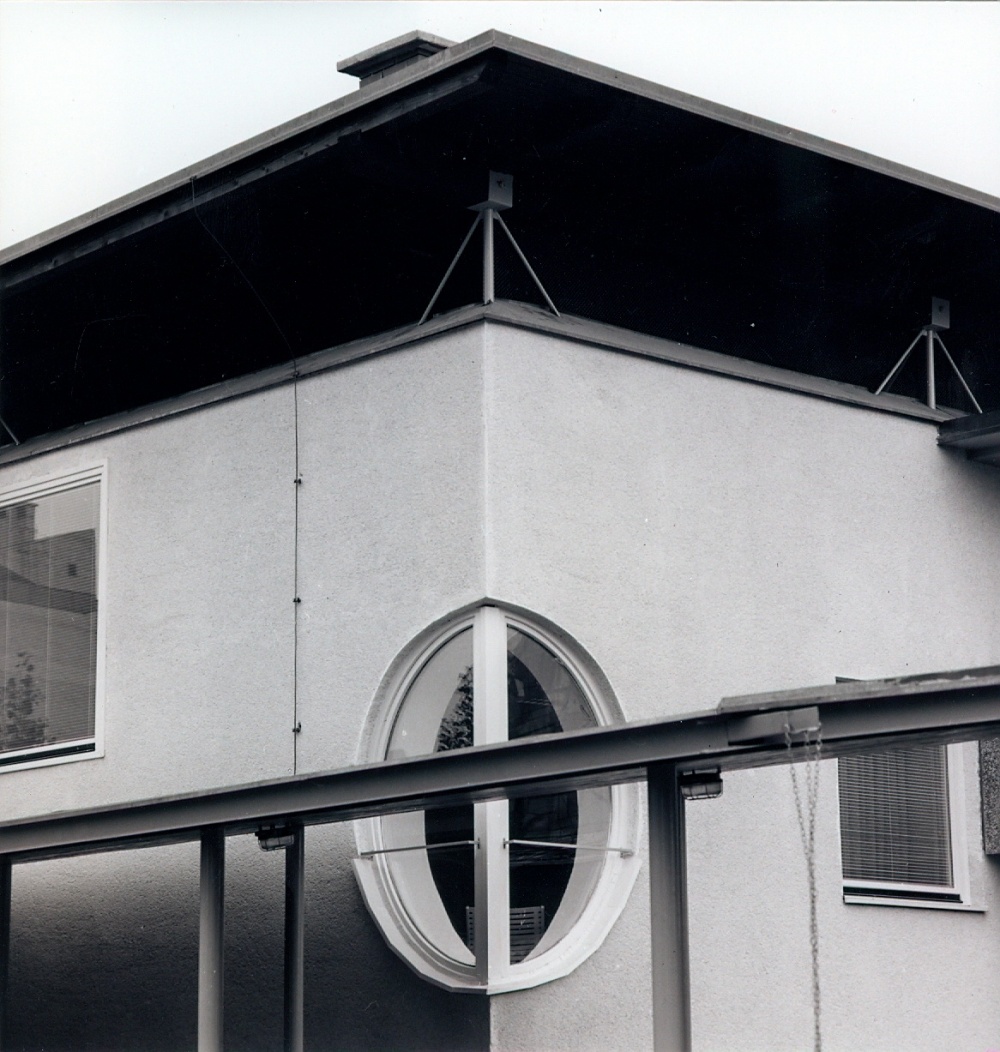 The maternal shelter was built as an expression of communal concern for homeless mothers with small children. The location is in the area of a school and kindergarten in a quiet area of Trnovo. The design is simple and clear so as to be able to promote young mothers’ culture of living. The architectural expression of the shelter models itself on the quality of architectural heritage of the Ravnikar School from the 1960s, especially in terms of its material finishing and detailing. It is designed as a family house – a home. The shelter orients itself towards the small square by the footpath connecting the entrances to the house, kindergarten and school, by means of a covered entry ramp. The wall by the ramp is used to separate the public space from an inner garden space, which serves as an extension of the living room. The round window in the corner adds a touch of pathos to the simple facade, which terminates in a raised roof. The interior is broken down into floors and mezzanines connected by a staircase. The common areas are located below, the office with the characteristic round window in the mezzanine, while the internal and individual spaces are on the first floor. Beside the common areas such as the kitchen, dining room and living room, the corridor and the staircase are also designed as part of the public space, as a transition between the public and the private, as well as a place for socialising and meeting.

In 2012, the Maternal Shelter was transformed into a kindergarten. The main architectural features of the maternal shelter have been preserved; the renovation made only the most necessary adjustments in order to create a contemporary child-friendly environment. 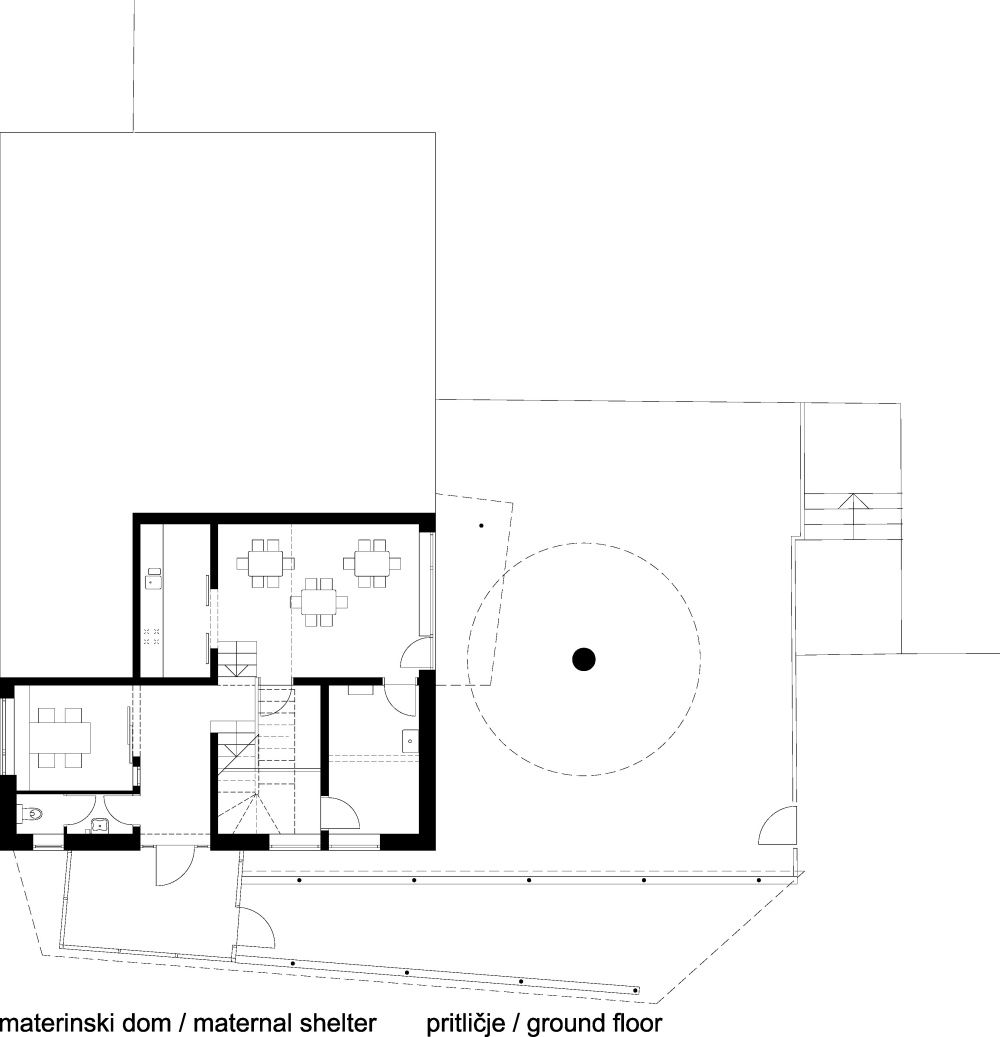 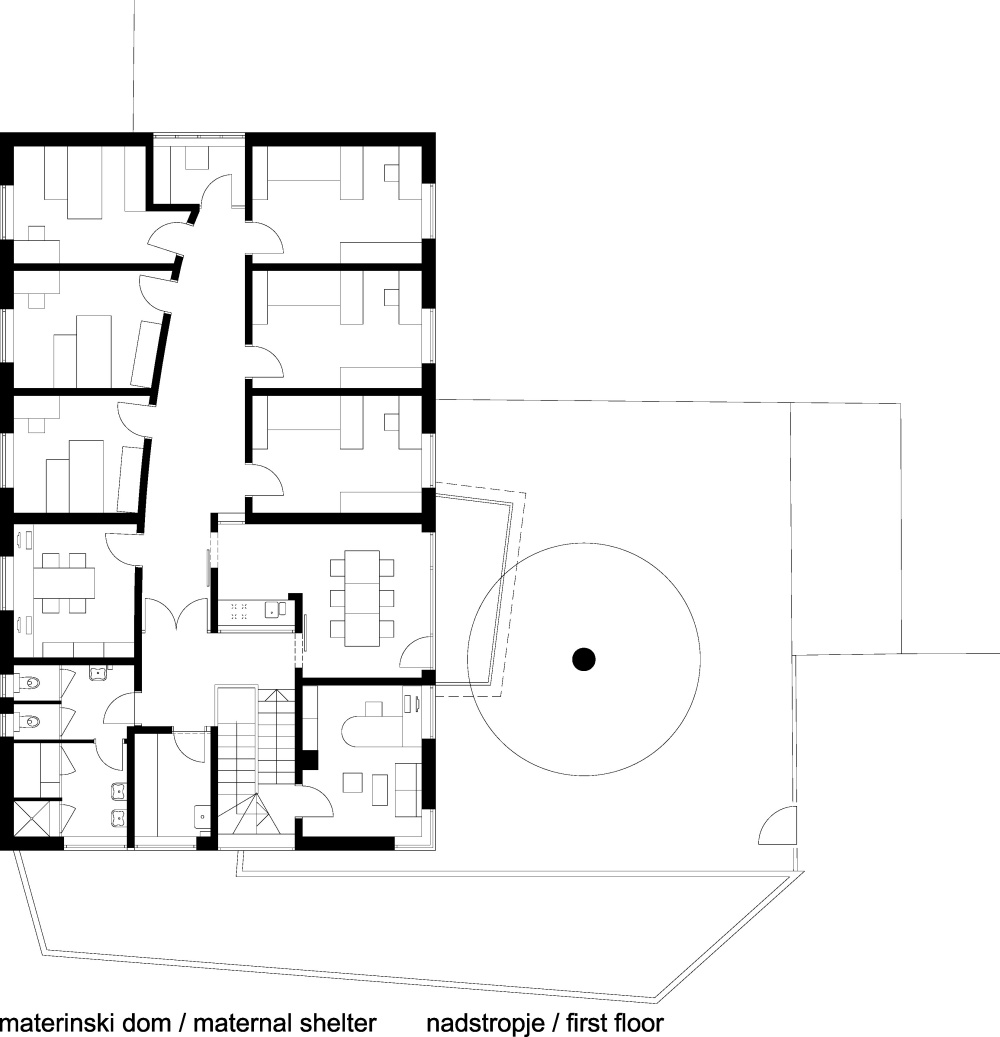 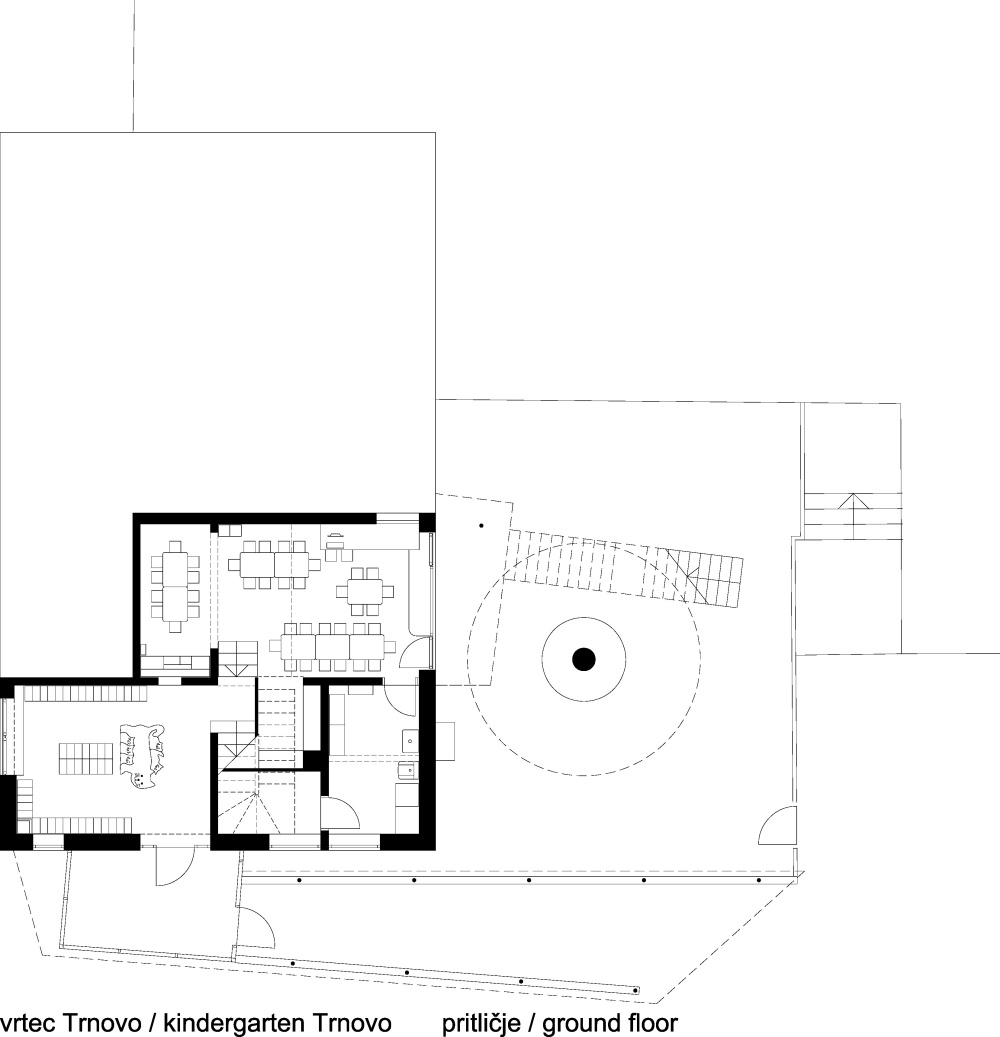 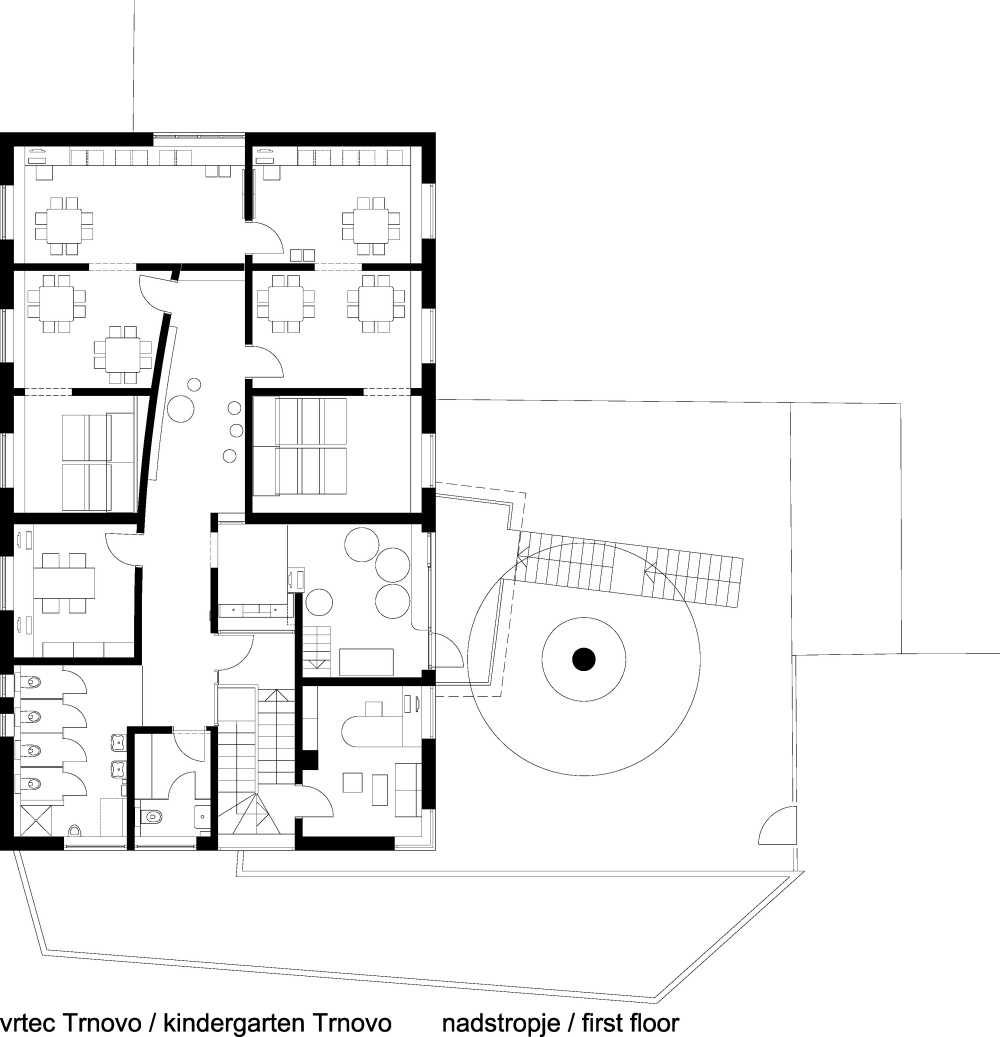 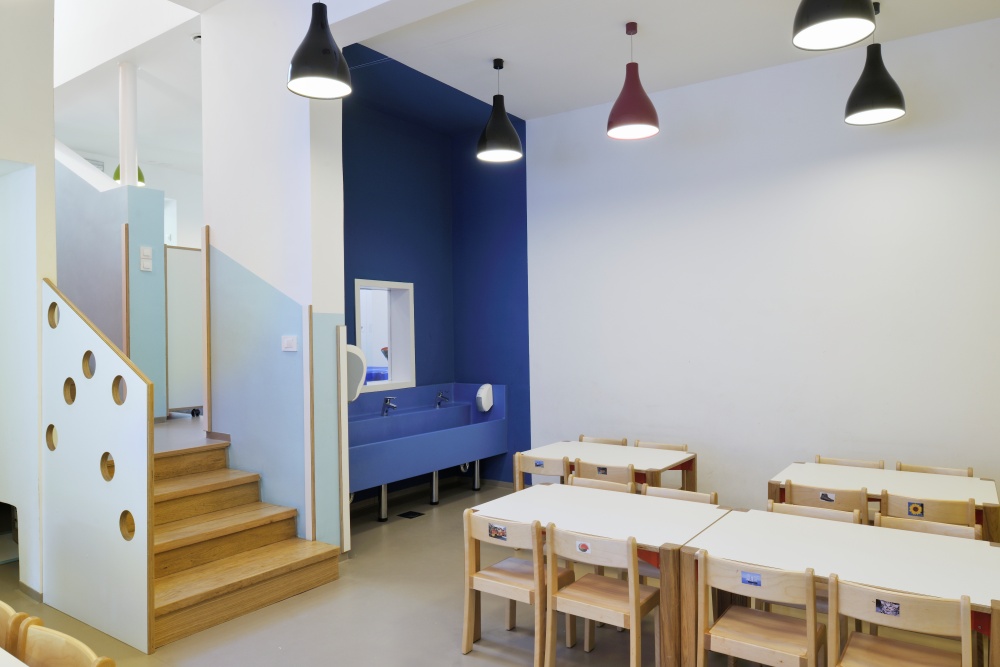 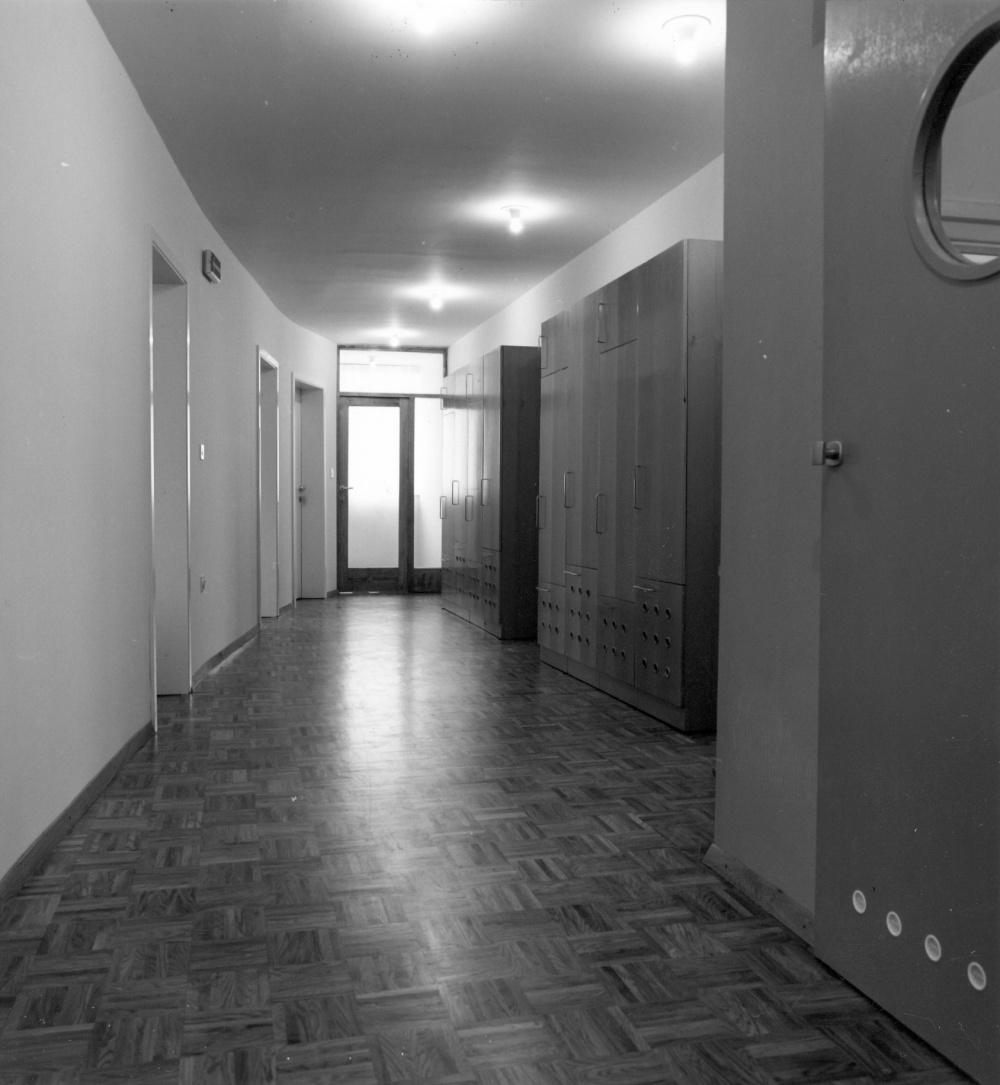 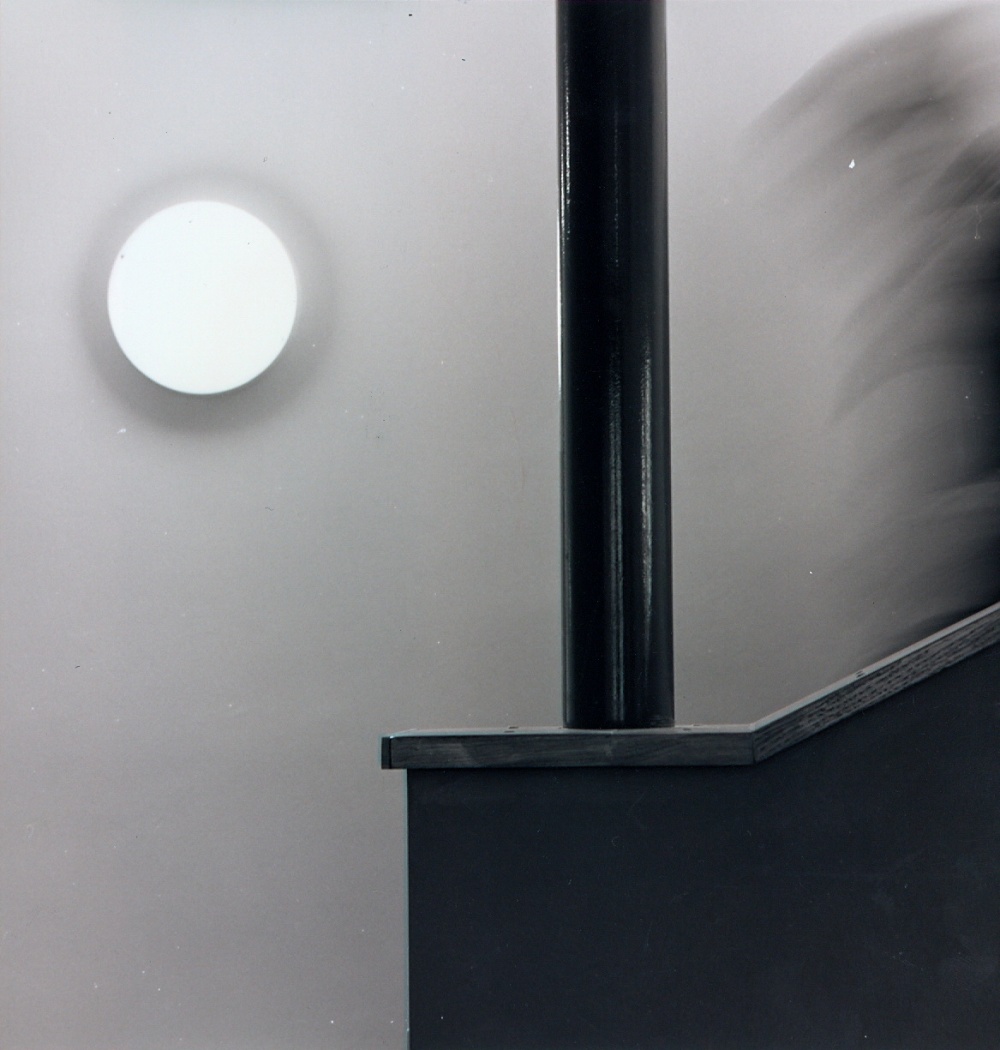