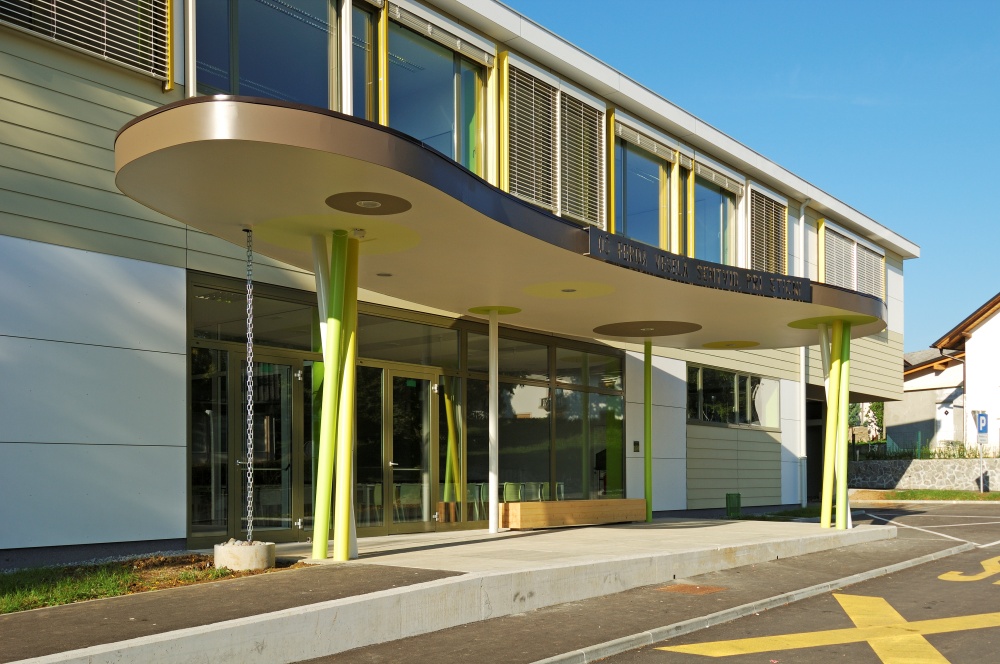 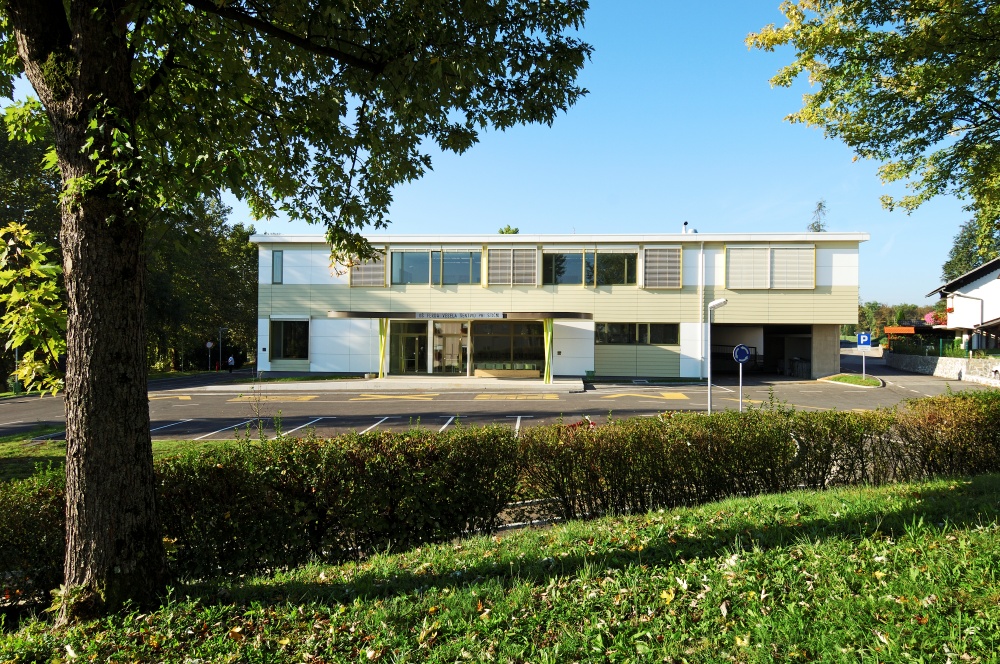 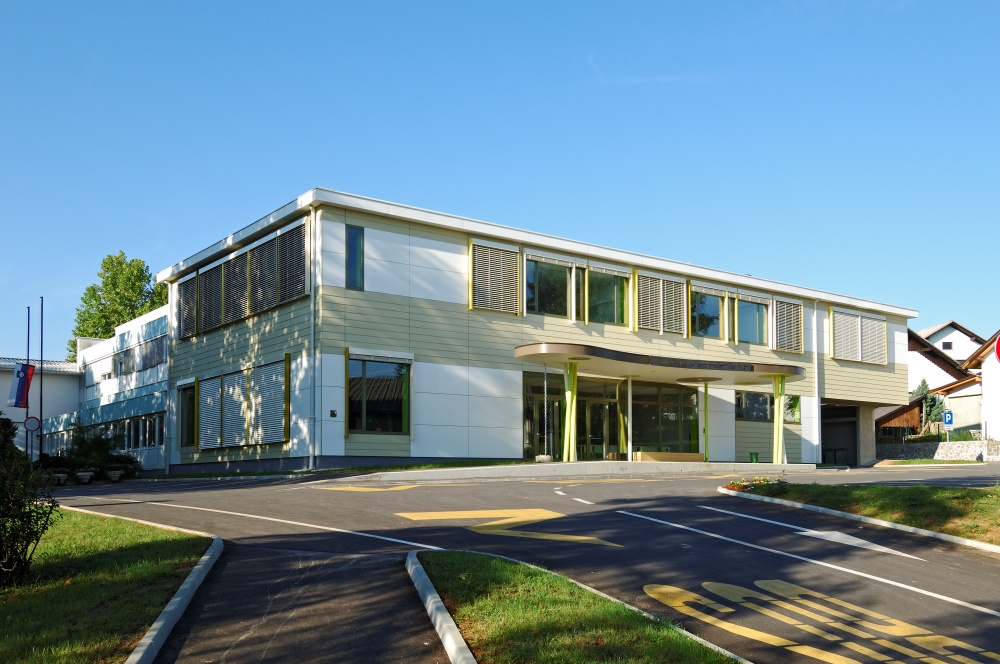 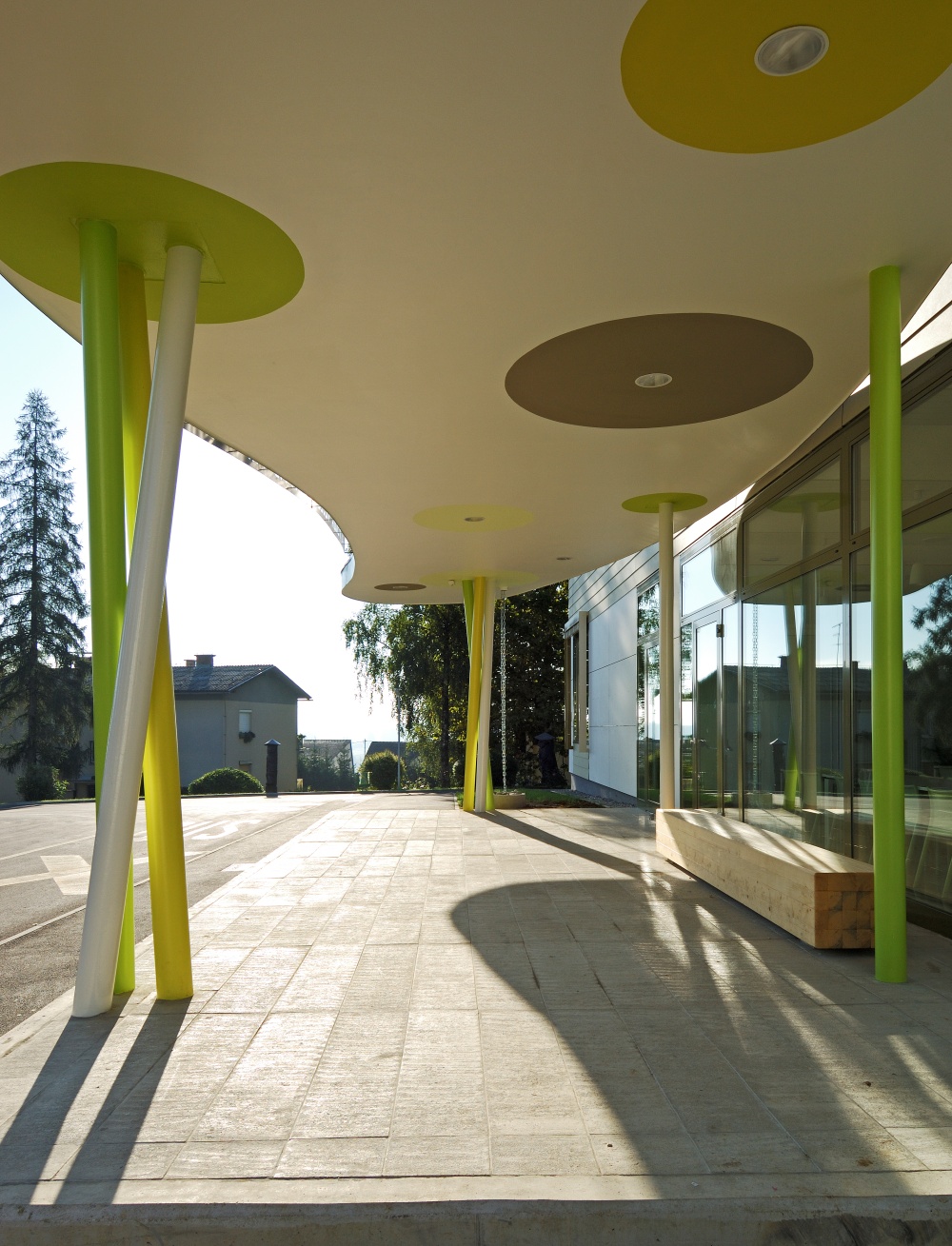 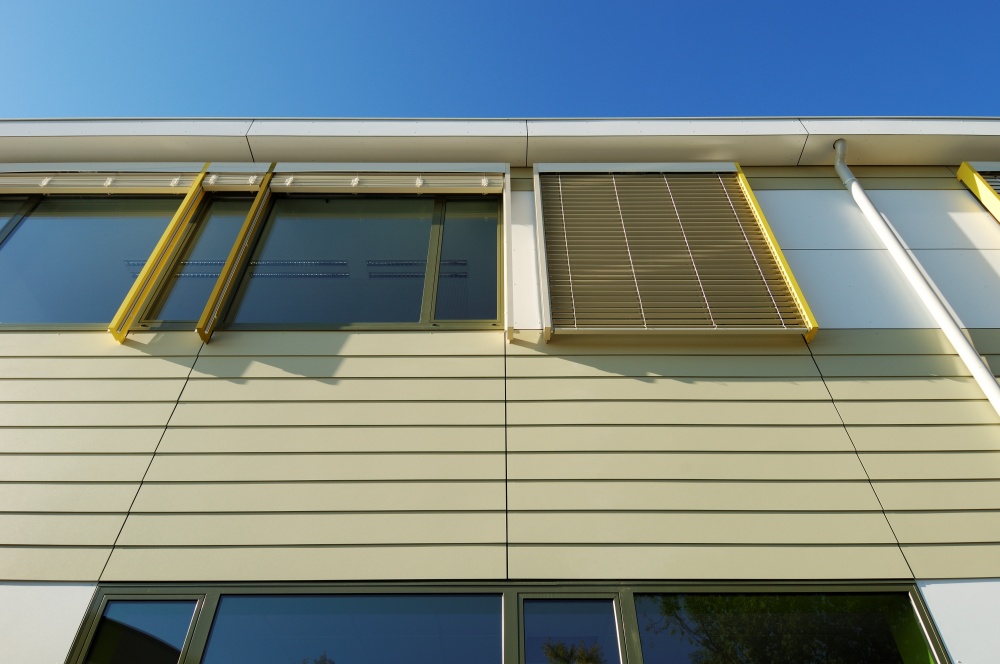 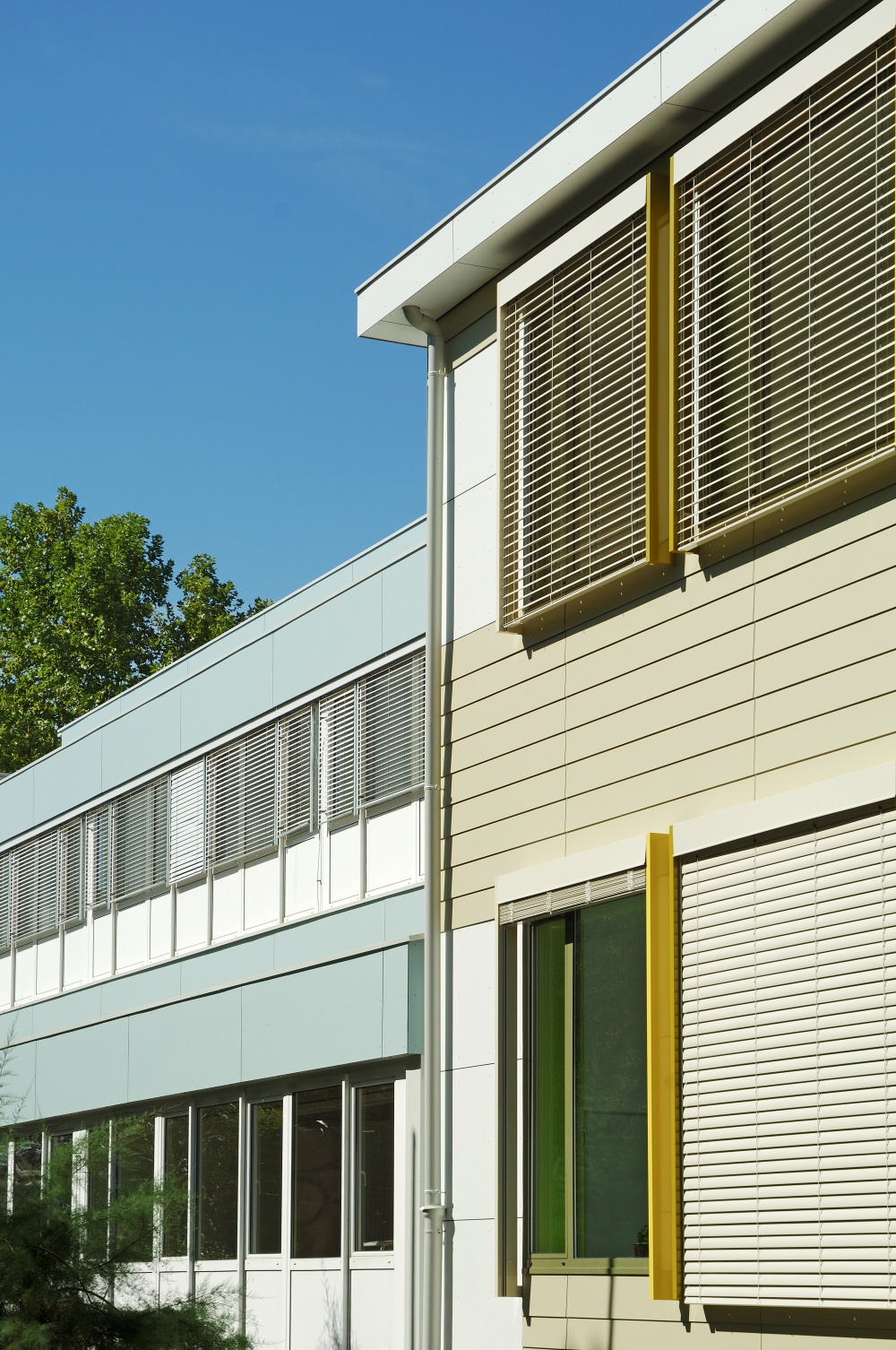 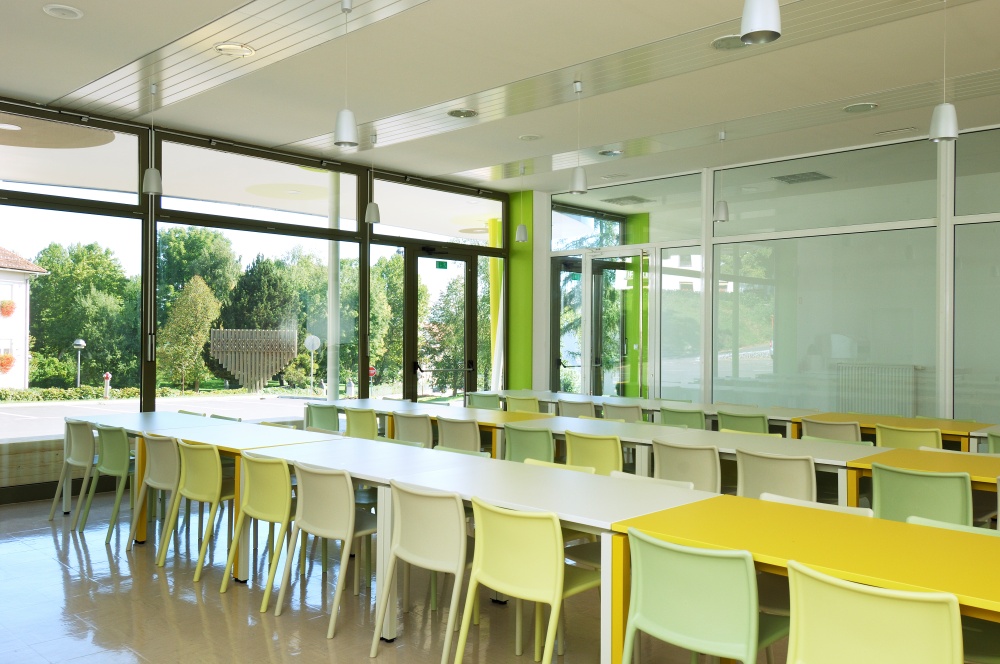 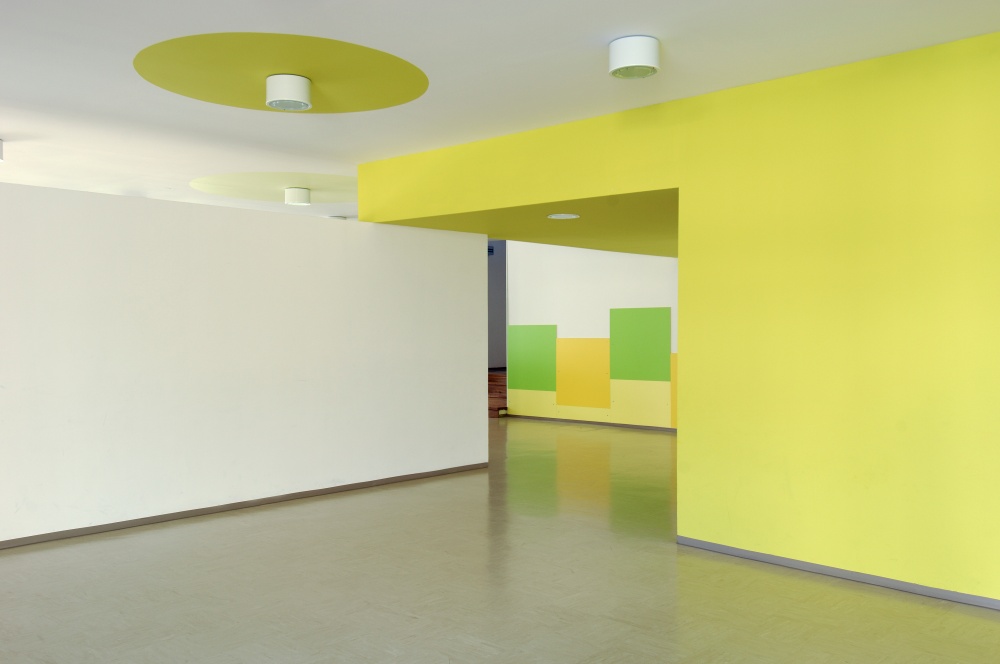 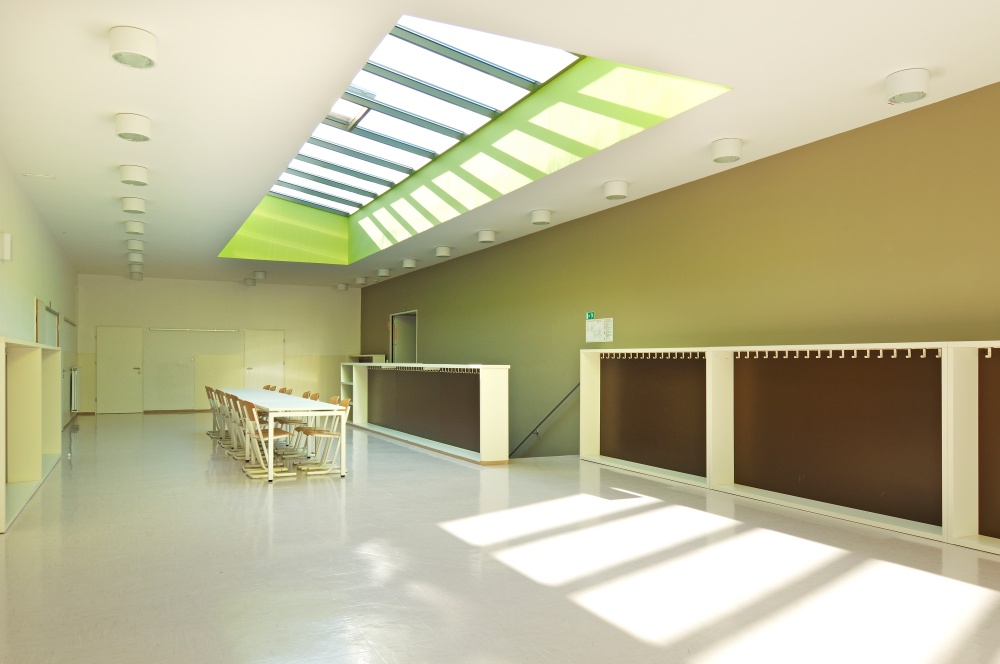 The school stands on a hillock and is surrounded by tall trees. With its dominant position, it creates a dialogue with the church and the village centre on the lower neighbouring hillock. The school building’s core is a 1960s type-building by architect Oton Gaspari with a central hall lit by zenithal light. The single-storey wings on either side housed a tiny kitchen with cafeteria on one side, and the entrance and offices on the other. The classes were held in turns, there was a makeshift library in the hall, the kitchen and cafeteria were cramped and dilapidated, and the installations were in disrepair. Transparent in its original execution, the original concept was gradually turned indistinct by floor extensions of the side wings, and the gym as another later addition.

Two new wings ensure the urgently needed school space and re-evaluate the design as a whole by framing the original core of the school building. Despite their size, the additions feel light and fresh. To prevent them from appearing massive, the exterior cladding is done in light-coloured fibre cement panels accented with green, yellow, and brown vertical lines. In front of the large banded windows, there are sun protection lamellae that attach to the panels. The colour concept is carried over to the interior where the public spaces – the halls, the cafeteria, the library – are fitted with panels and colour accents. The expressive oval canopy above the platform in front of the cafeteria concludes the story of school’s rejuvenation and invokes the vitality and the forward-looking attitude of the community. 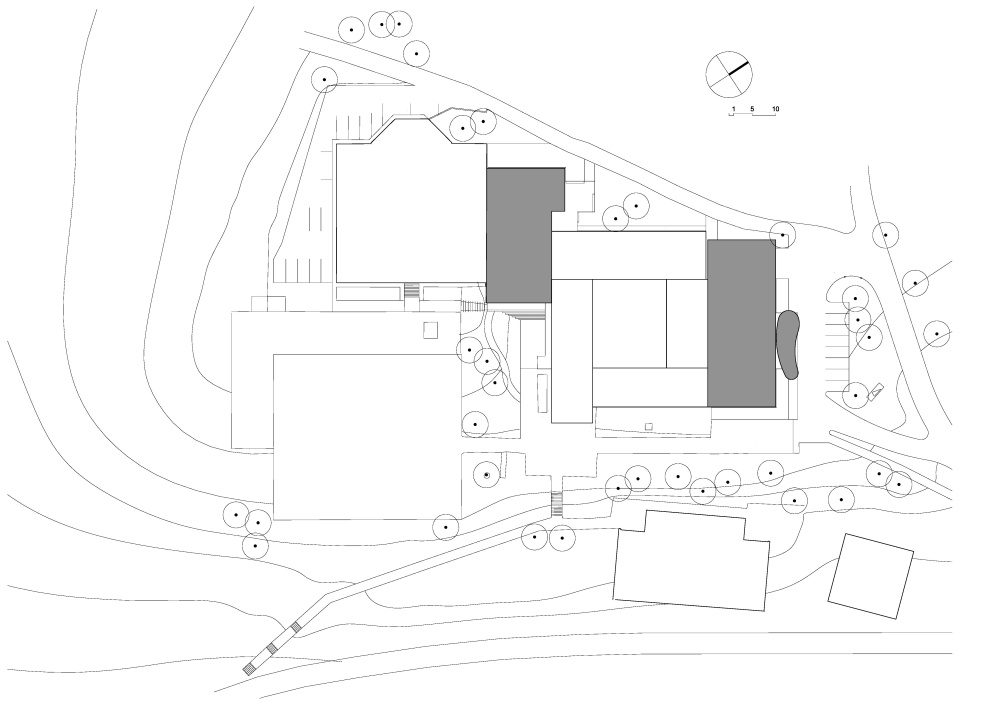 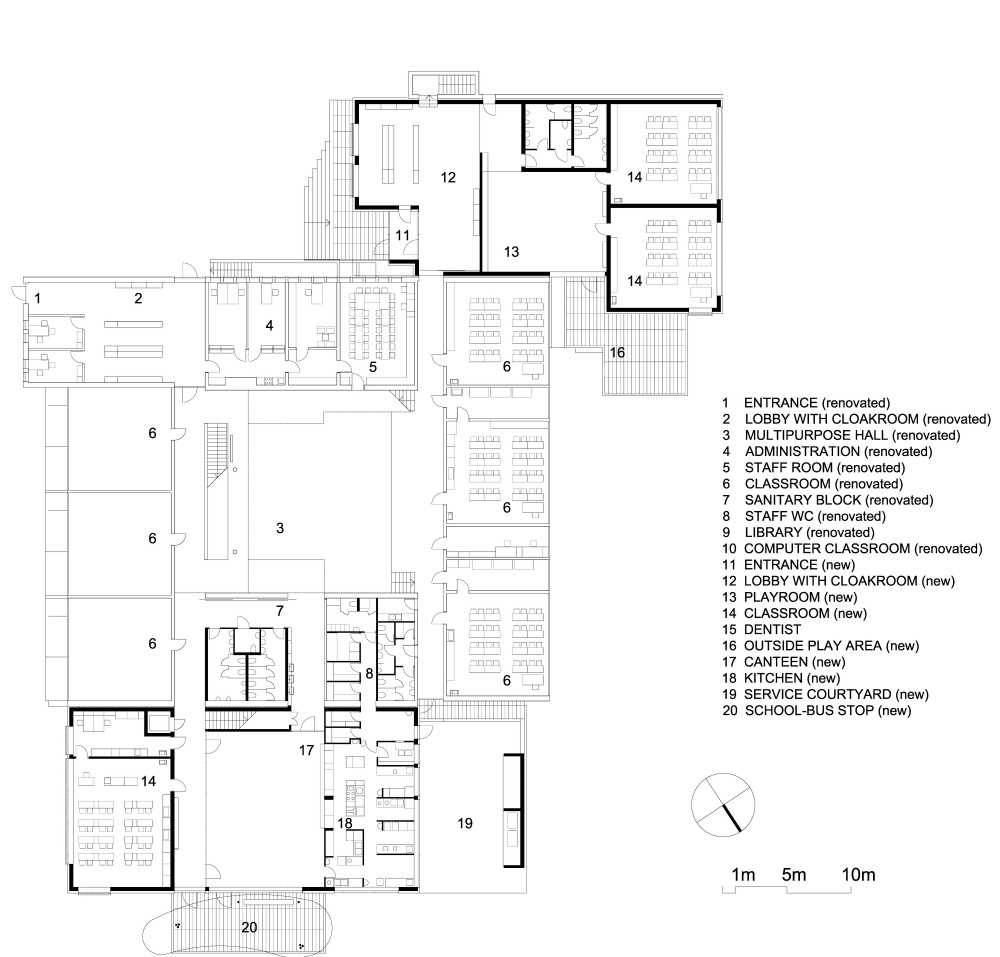 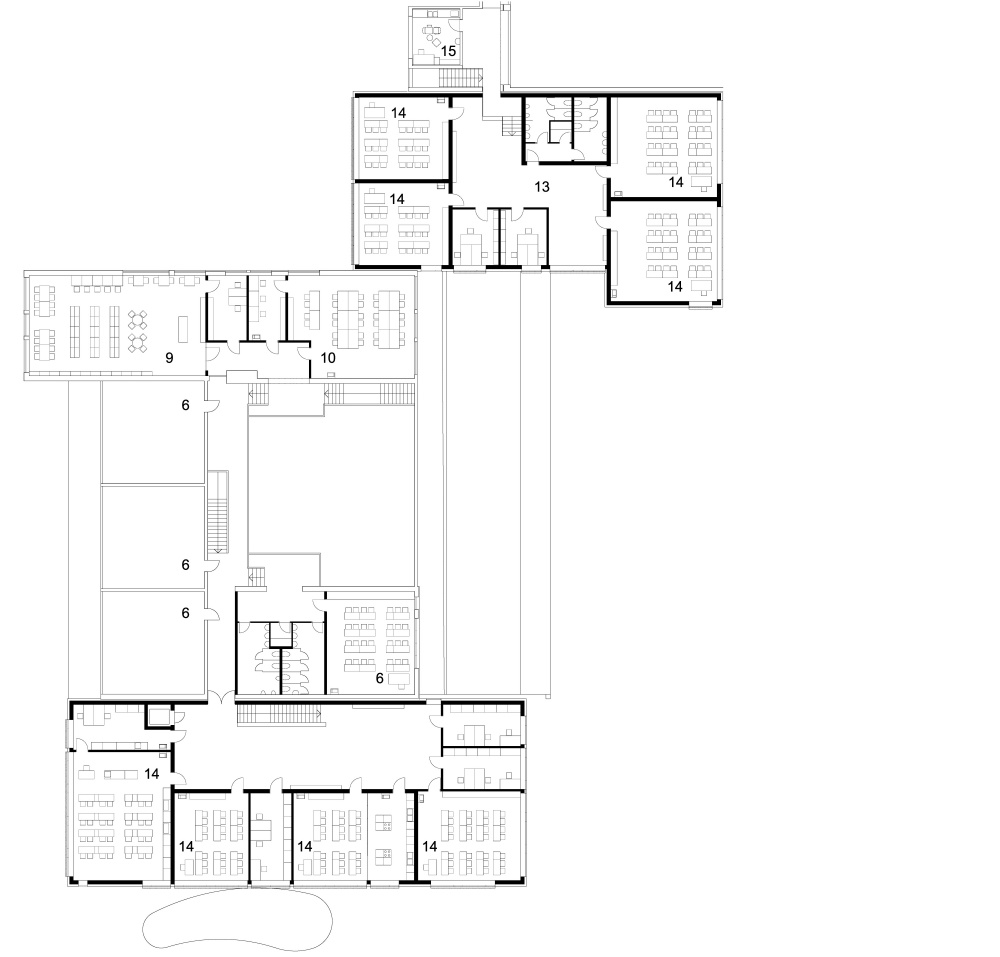 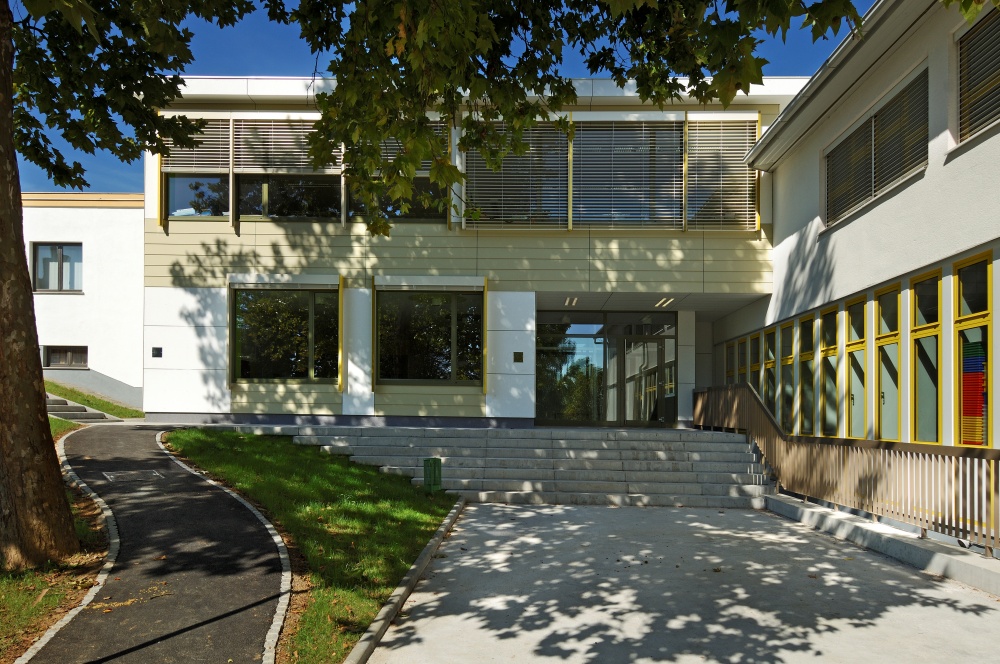 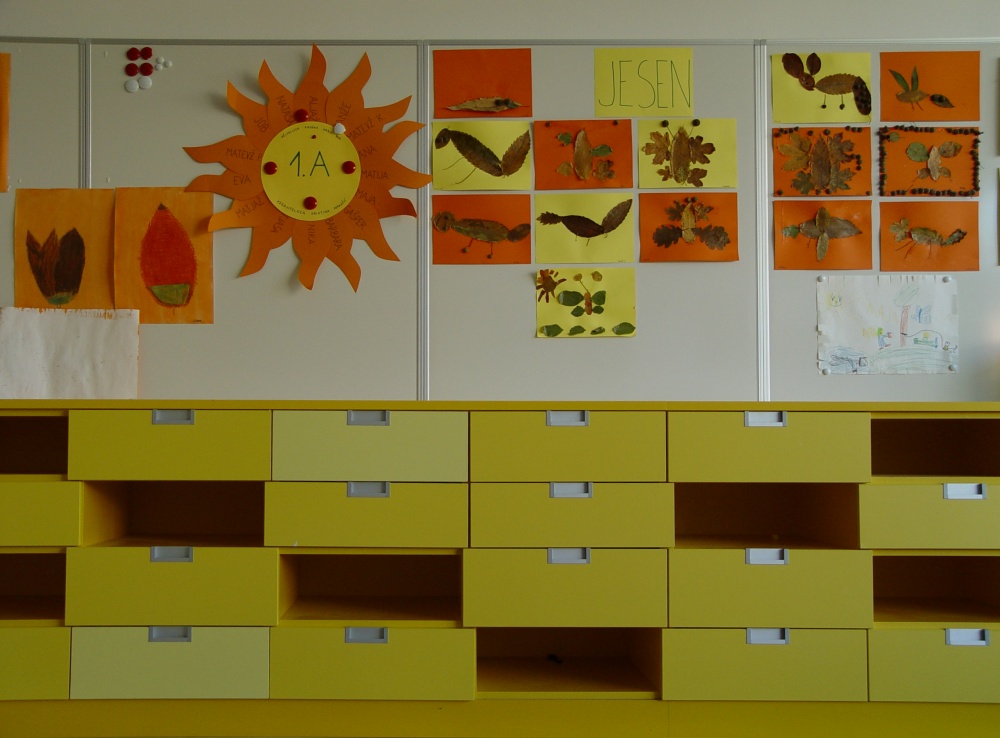 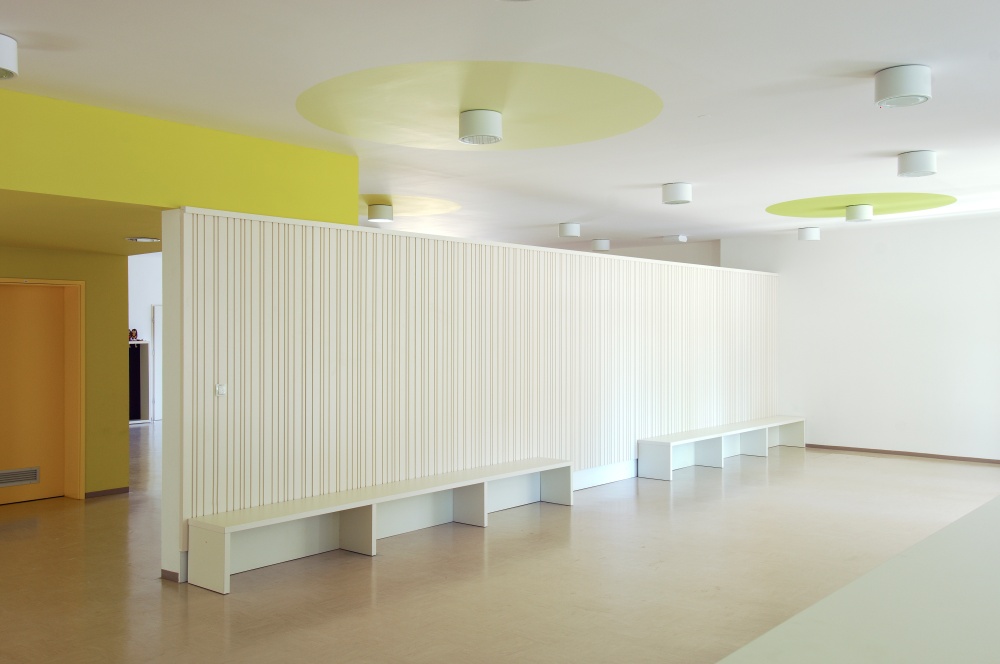 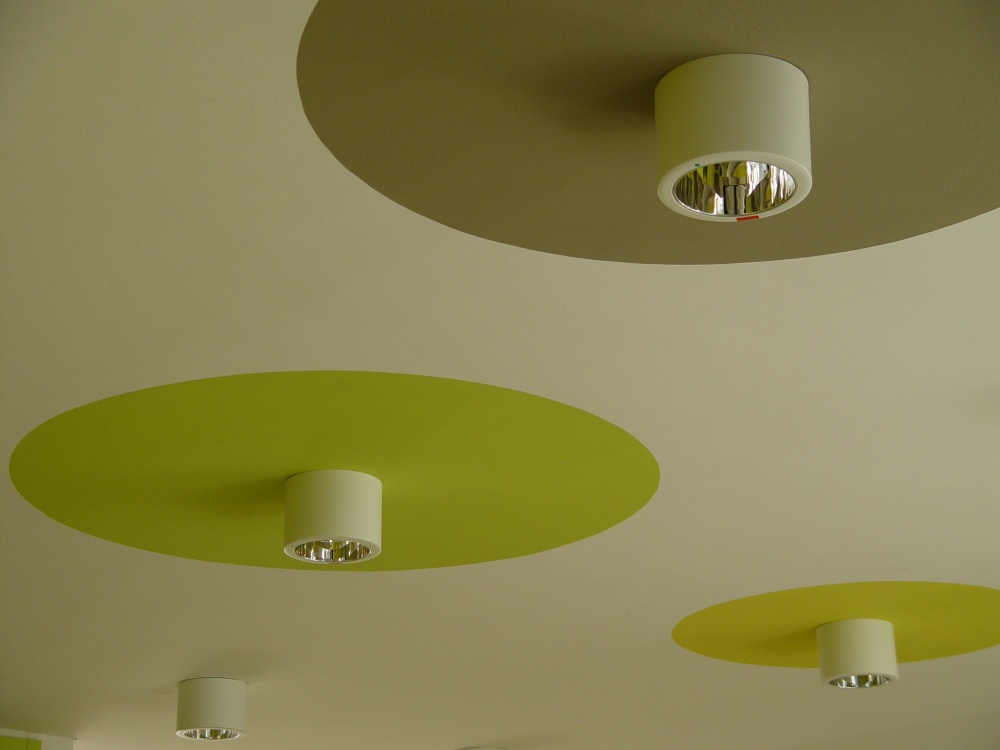