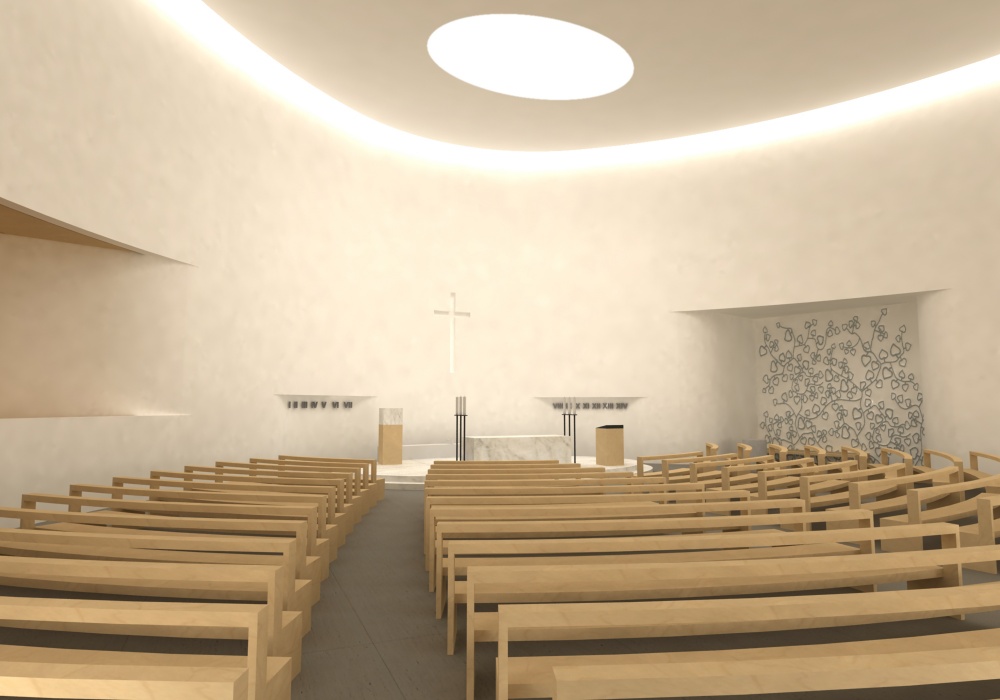 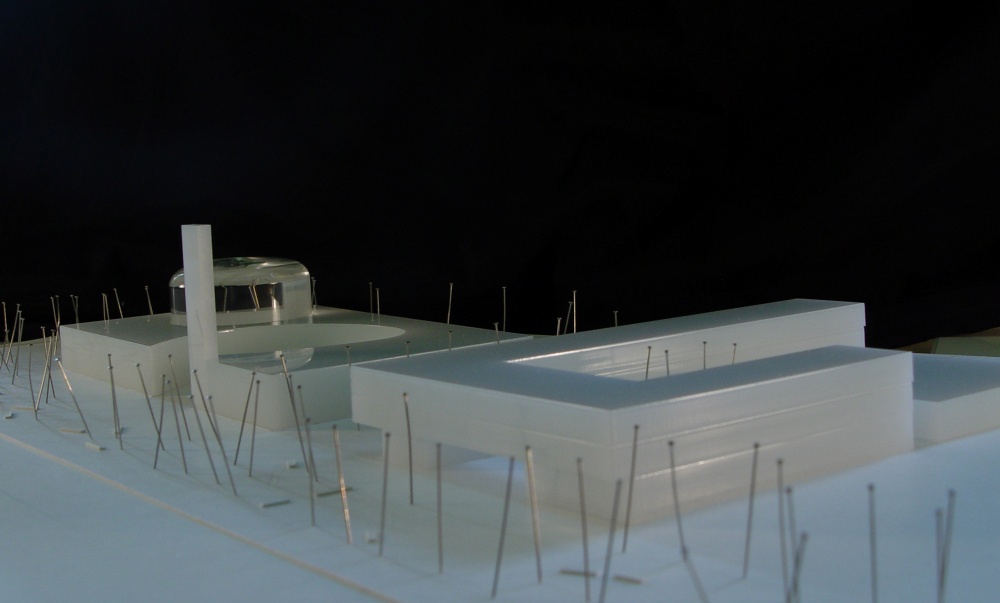 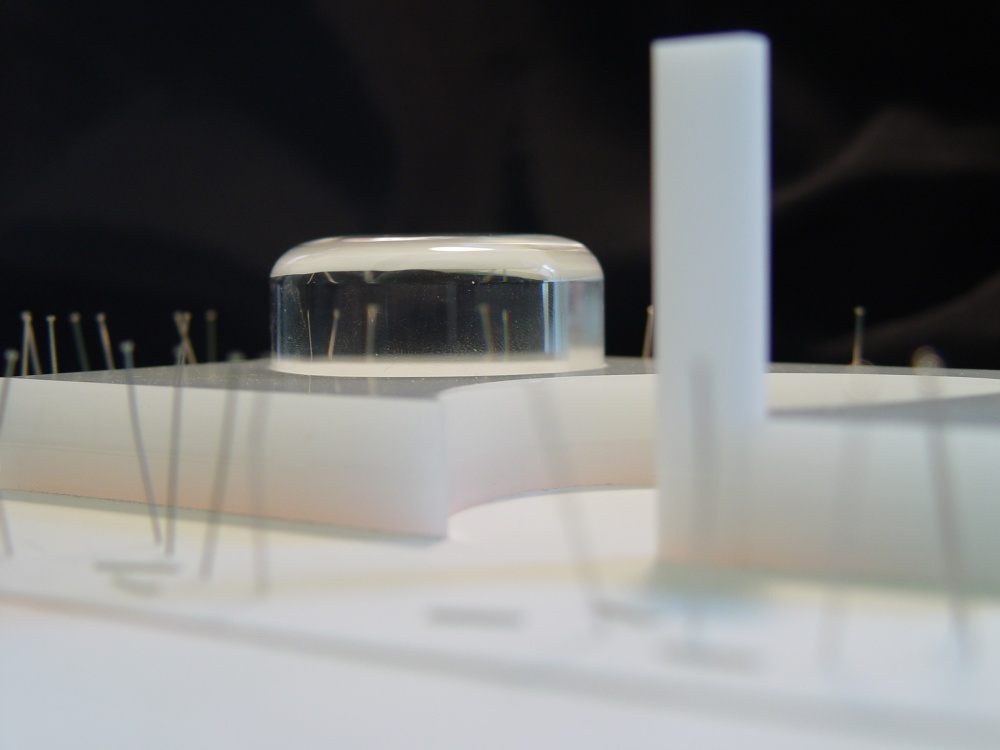 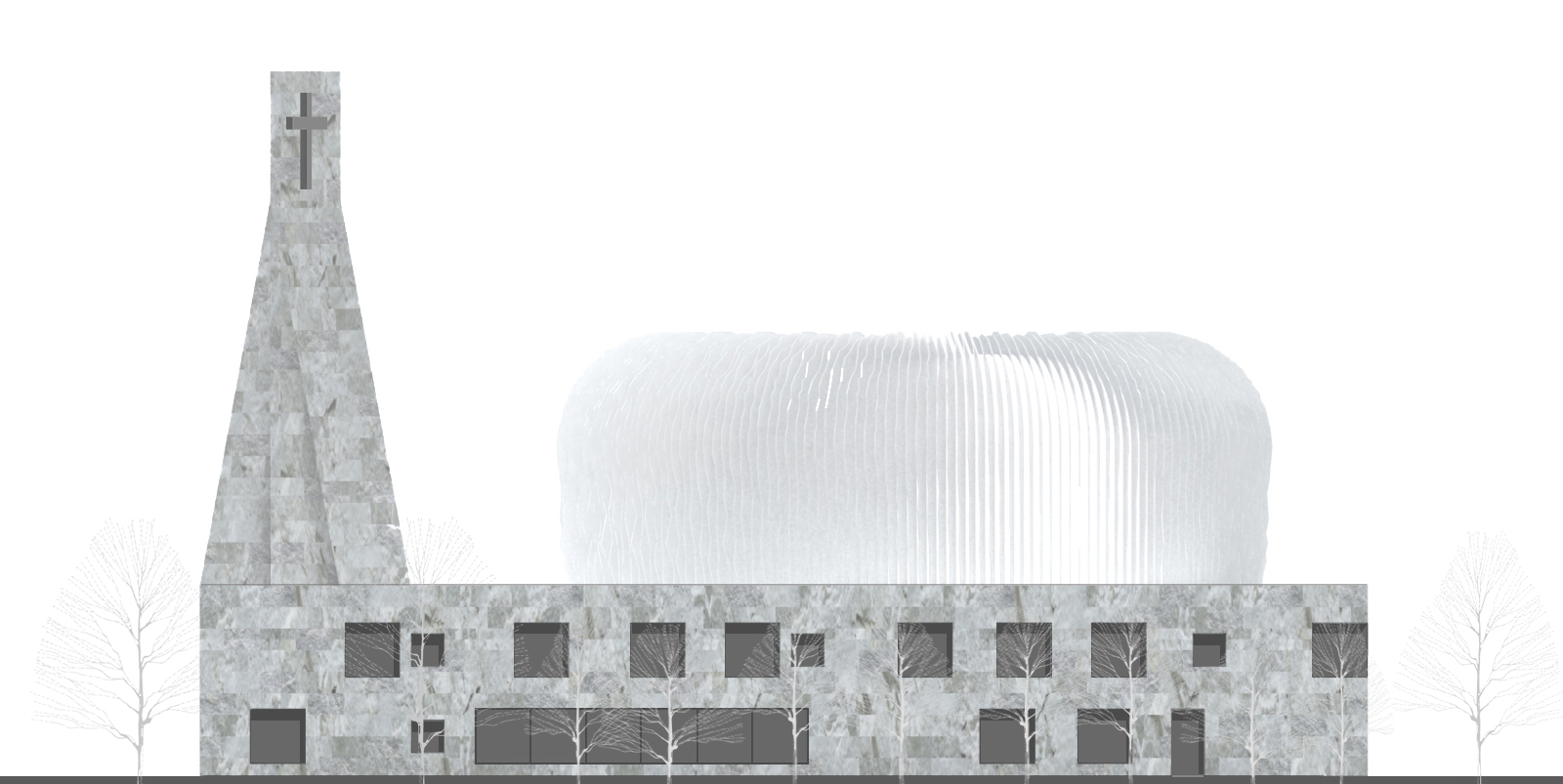 The Don Bosco Centre is going to be built in the suburbs of the second biggest city of Slovenia, Maribor. It will serve as a community centre for the youth with a Christian church. The buildings are set in a park that buffers the noise of two large nearby roads. The complex is organised around a central courtyard with a large linden tree surrounded by arcades, reminiscent of a city square or a classic monastery cloister. The church, the chapel, the hall, the rectory and the youth centre are accessed from the courtyard.

The presence of the pastoral centre is emphasized by the vertical bell tower and the dome of the nave encased in glass cladding (which looks like a crystal by day and like a chandelier by night). The facade of the complex is clad in brick tiles. The oval shaped nave is designed a space of contemplation, with views opening towards the sky only. Interior design follows the principle of contrasts: dark – light, low – high, concrete – wood, cold – warm. The complex is carefully designed from the urban scale all the way to the finest details, in order to create architecture with strong urban, symbolic, metaphorical and poetic meaning.

Don Bosco center is being built in stages. The structure is completed except the bell tower. Within the structure some of the rooms are finalized. In 2015 the church was completed. 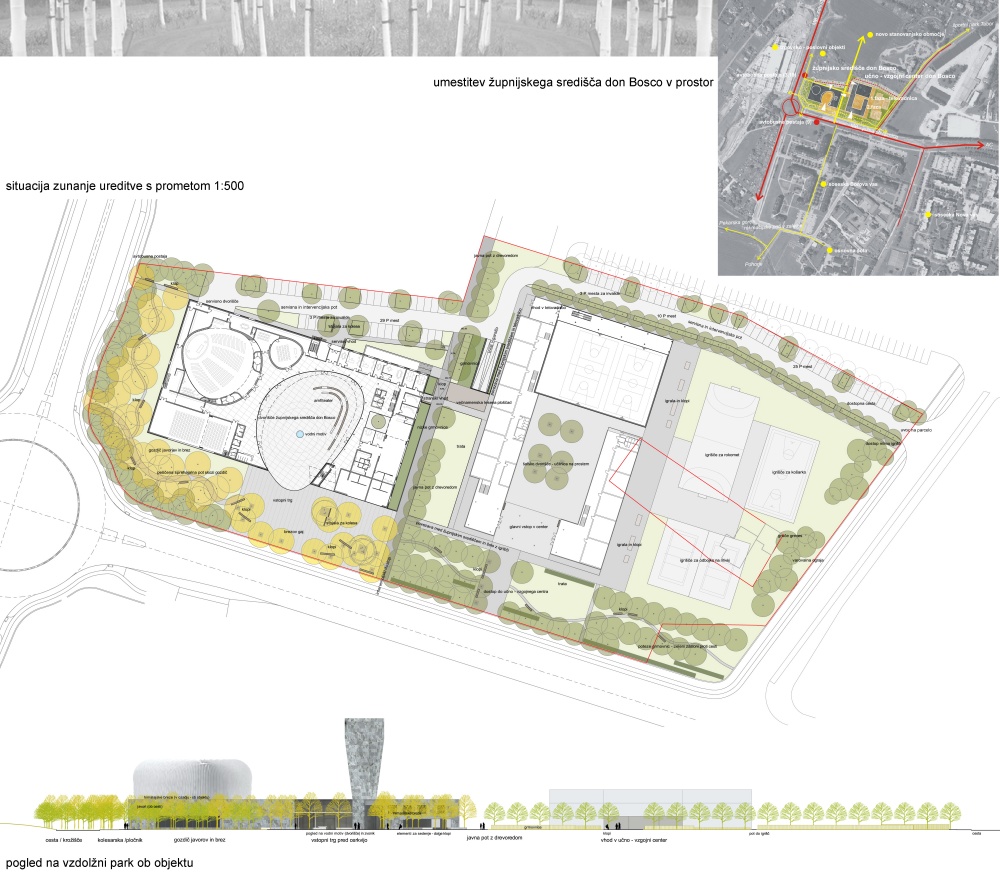