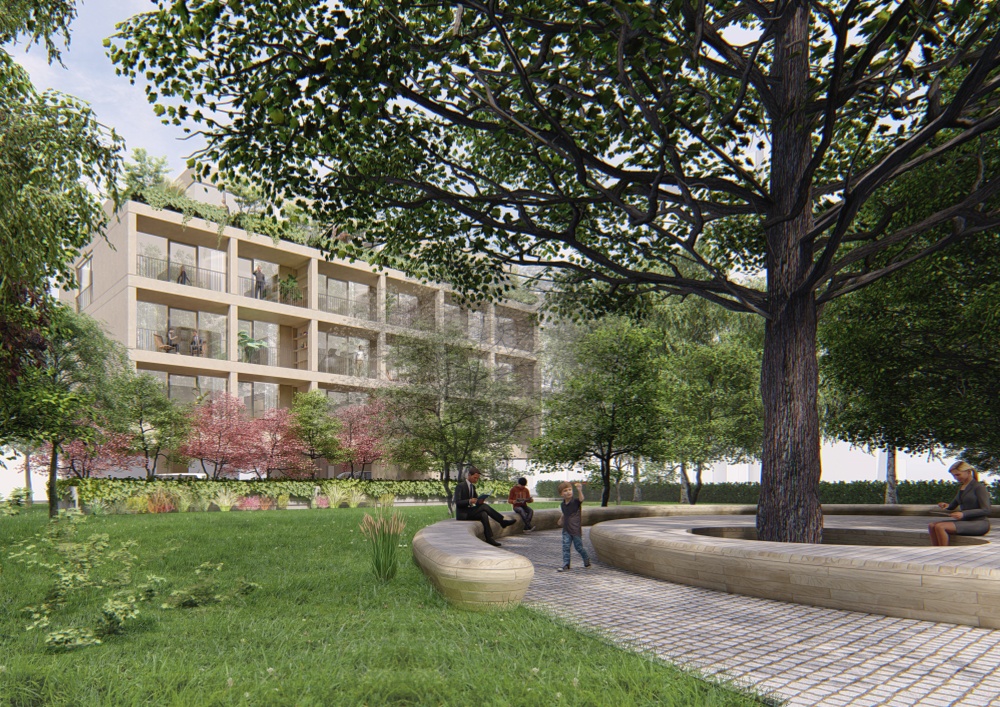 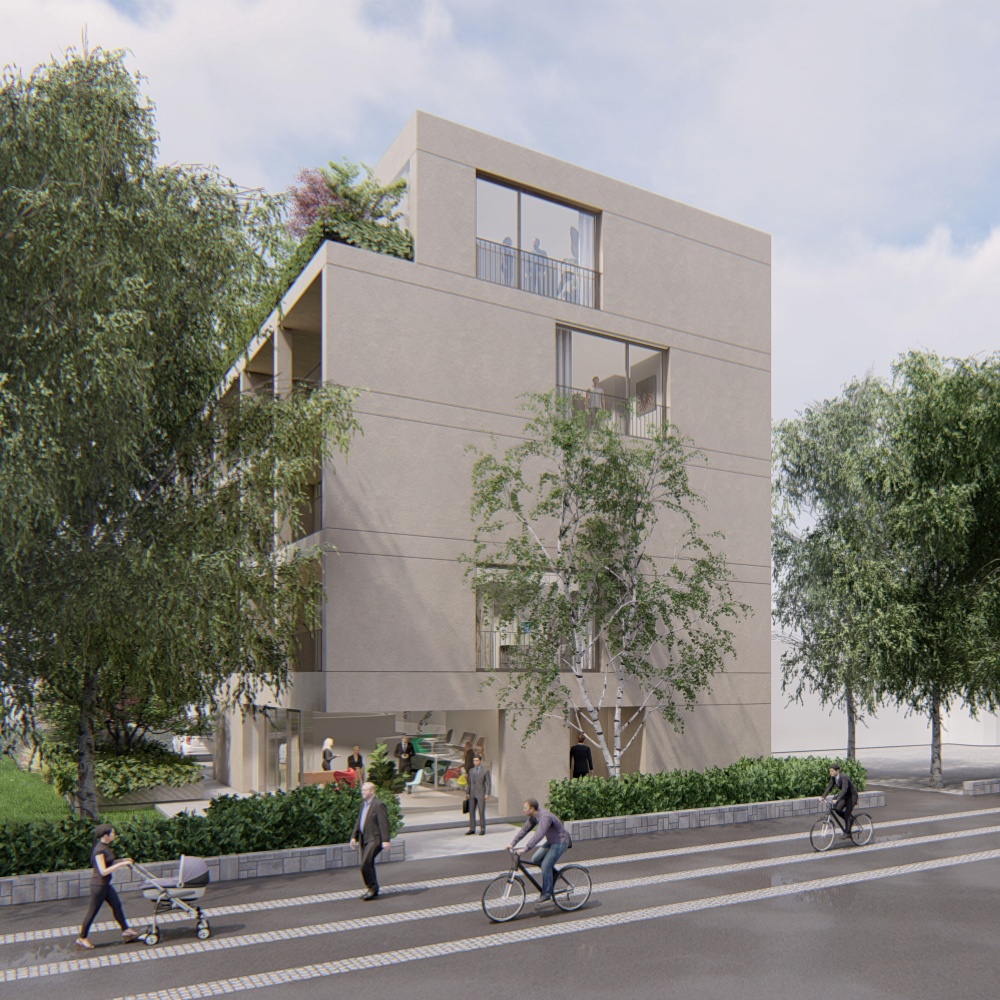 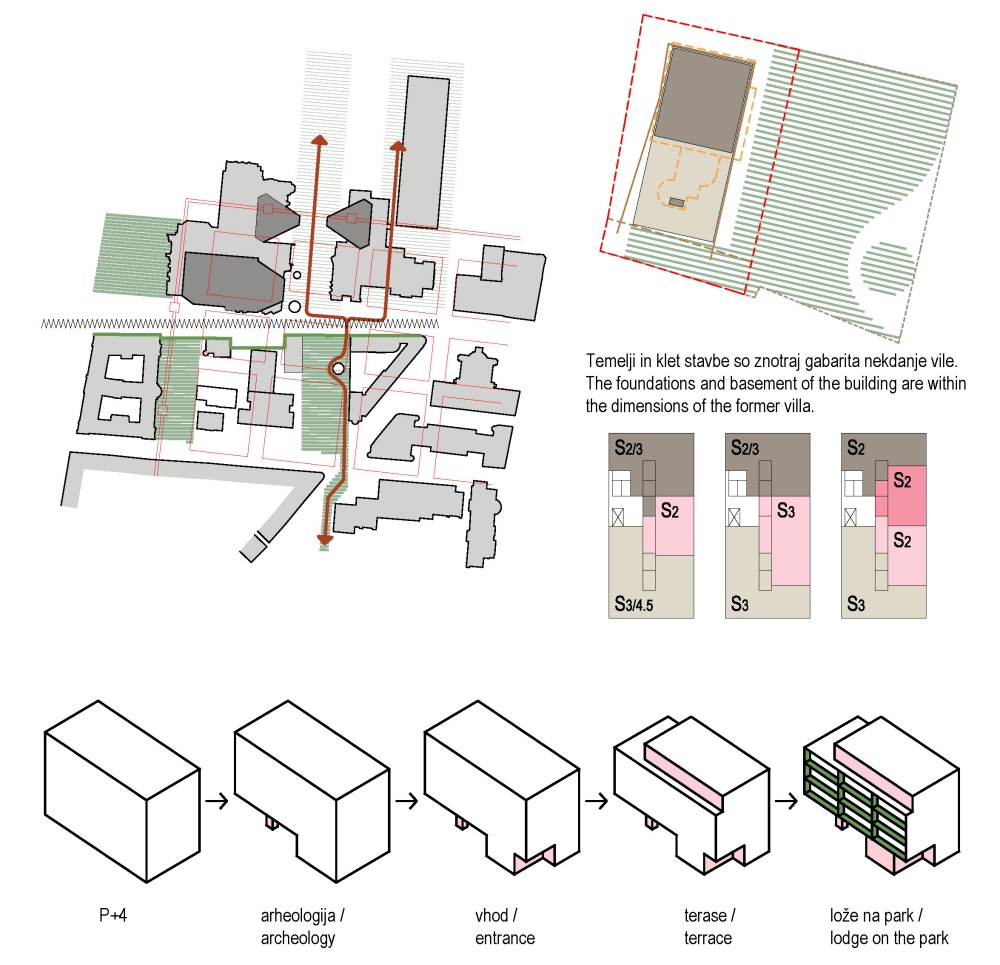 Edvard Ravnikar’s design of Trg revolucije Square as a “sequence of diverse inter-connected ambients whereby the notion of the street is omitted in the area of the complex in question” enables the ambients to be traversable in multiple directions. As a green gesture, the southern edge of Erjavčeva Road collects and concludes the immediate area of Trg republike Square; here, the city’s character transmutes into that of a street-edge perimeter block development over the Roman network of insulae. Erjavčeva Road therefore links two types of development. In the north-south direction, the green axis runs along the footpath, itself parallel to Slovenska Road, leading from Figovec and Argentinski Park through Nebotičnik Arcade, through the Park of National Heroes, Maximarket Arcade and onwards along the park between Erjavčeva and Gregorčičeva Roads, past Ferantov Garden and through Foersterjev Garden towards Mirje. In a vision of the future, Erjavčeva Road may be imagined as a State boulevard inspired by Vegova Street; in the north-south direction, it would make sense to add another passage through the court of the Presidential Palace laid out with a park and archaeological presentation.

The competition site is located by the widened footpath at the intersection with Erjavčeva Road. The new building abides by the height scale of the perimeter block and composedly complements the open development, adds rhythm to the southern side of Erjavčeva Road, and validates the role of the park and the north-south axis. The streetscaping of this part of the city centre is sustained as a palimpsest of the city’s genesis, from Roman Emona to present time. The city residential palace combines the spatial programme of a self-sufficient multi-residential villa with the advantages of a central city location and living in greenery/park. The design of the facades is tranquil featuring classical elegance of the proportions with large recessed balconies overlooking the park, which amplify the spaciousness of the flats. 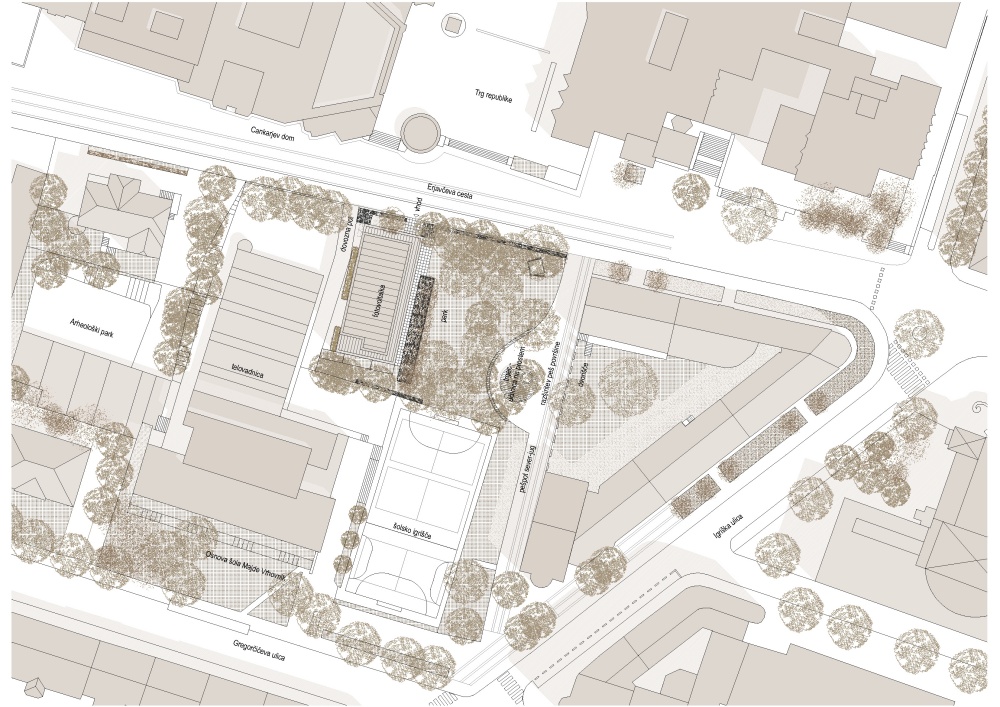 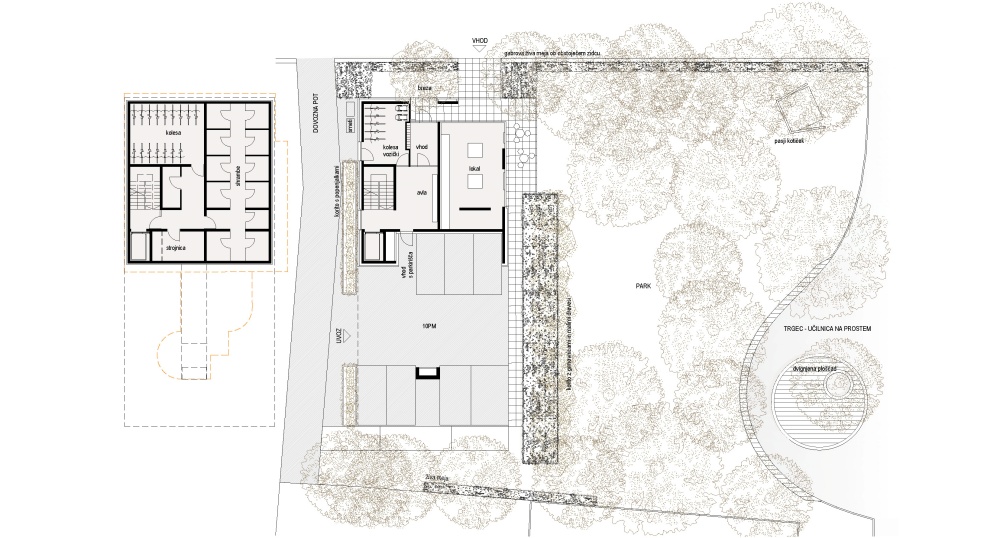