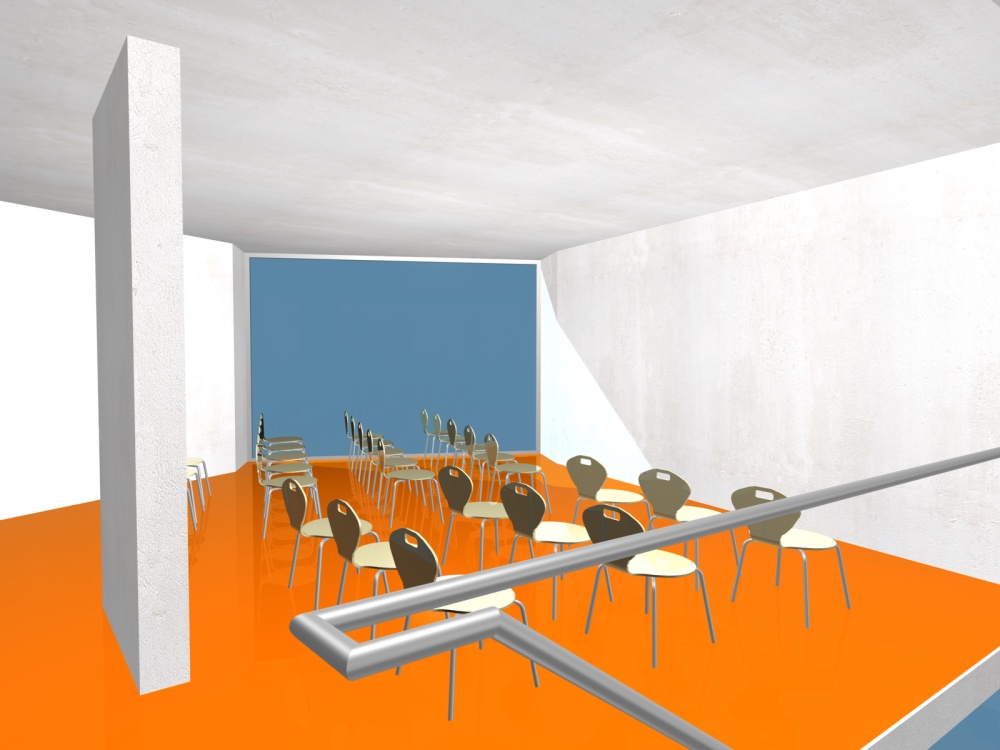 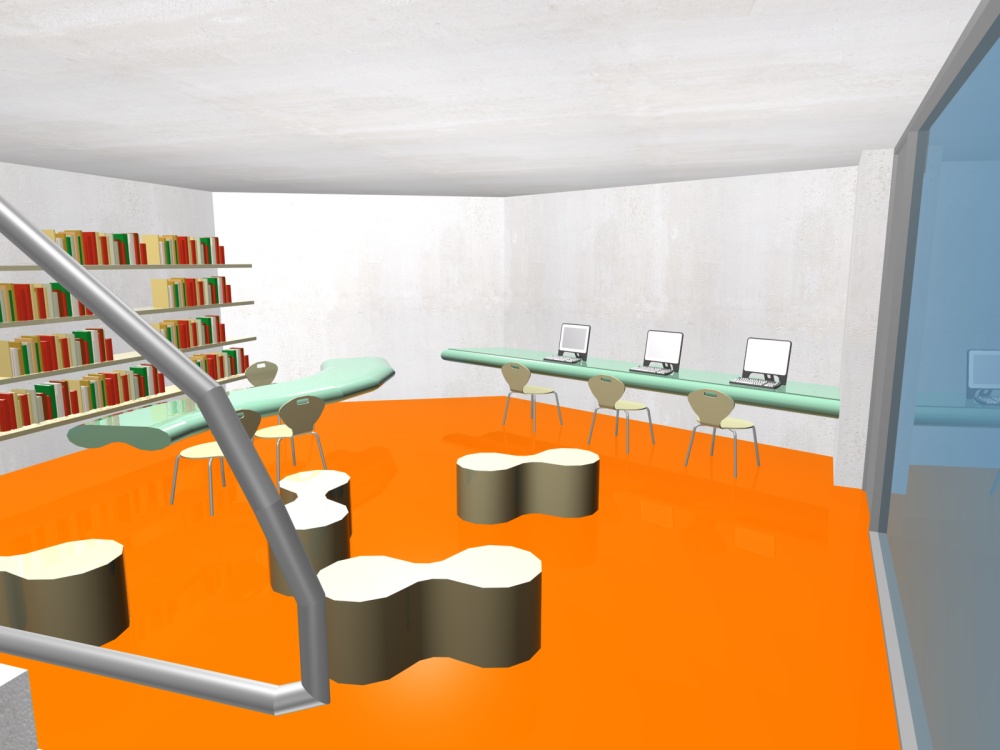 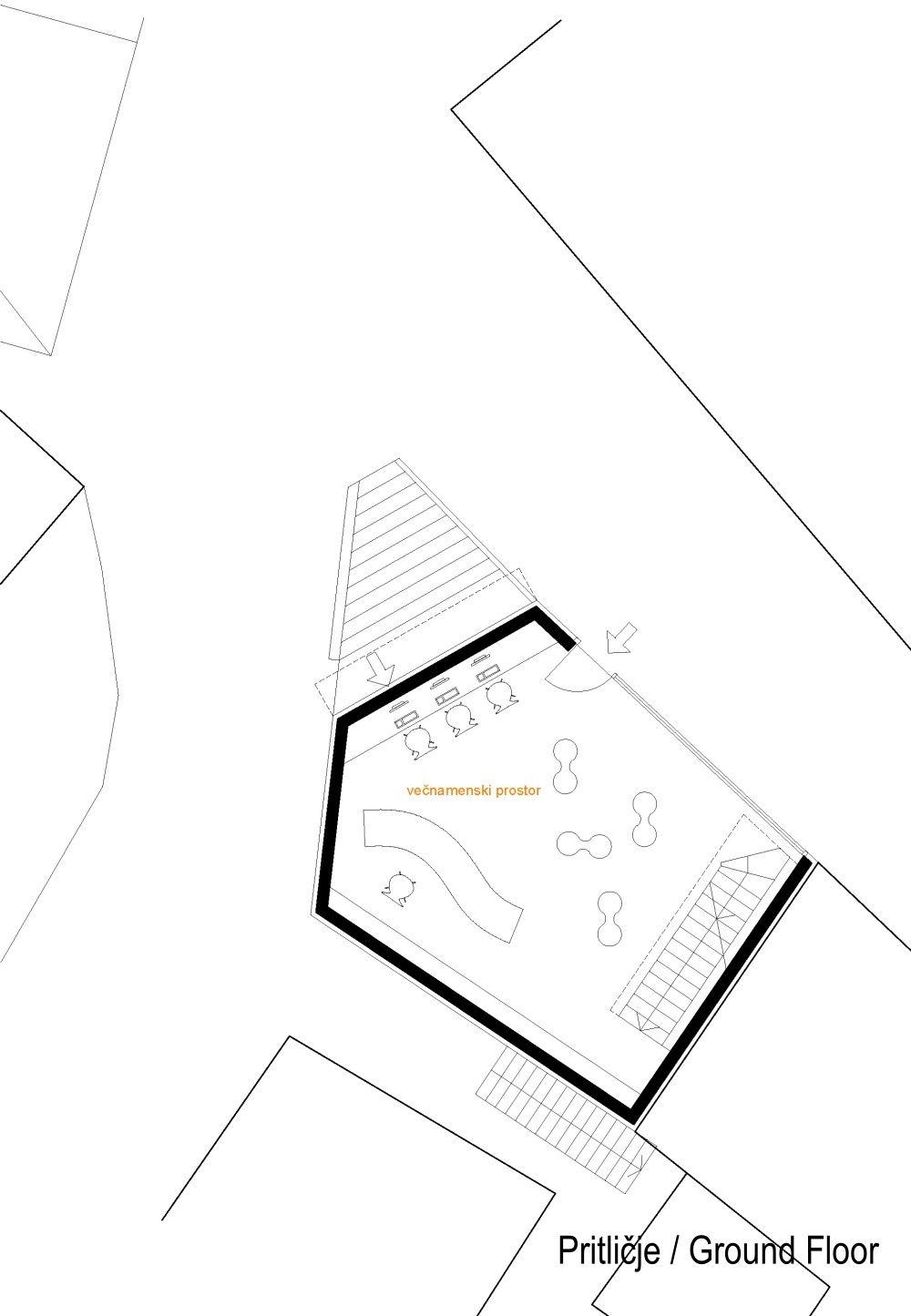 The location by the erstwhile city walls, city gate, and the ditch, on the site where a gate tower used to stand, lends itself to be treated as a reminiscence of a historical situation. The new building thus, despite its openness, represents a tower that protects and emphasises the entrance into the historic city centre. With its content of culture and youth, it complements the positive image of the living city core. The building takes advantage of the parameters governing the space and adapts to them. The triangle between the retaining wall of the upper road and the descending Kolodvorska Street is made into a small cascading square serving as the forecourt to the lower entrance. The entrance to the ground floor is from the street leading to Mestni Square. Next to the entrance, there is a display window, which allows the Centre’s activities to become part of the urban space. On the upper floor, there is a large window alcove overlooking the square in the direction of Gorenjska Road. The building consolidates the spatial and ambiental quality on the key position that is the entrance to the old core. The house’s gravity is emphasised by the material of the facade, while the scale is relativised by the size of the apertures. With the new building, certain elements often found on market town houses – such as the oriel, the structuring of the ground floor with an entrance and a display window, and the overhanging upper floor – are repeated and interpreted in an abstract manner. The sculptural shape and the clean design do not compete with the existing, richly-ornamented buildings; with its minimalist architectural address, the new building instead fits into the urban environment on the principle of contrast. 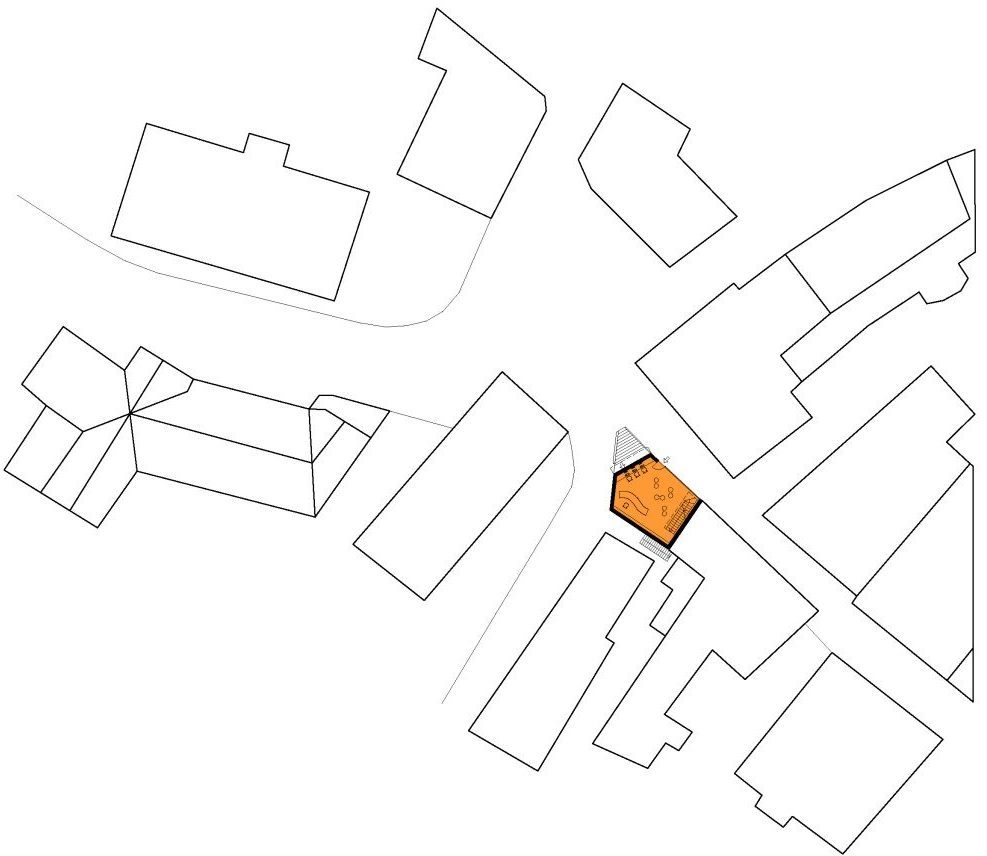 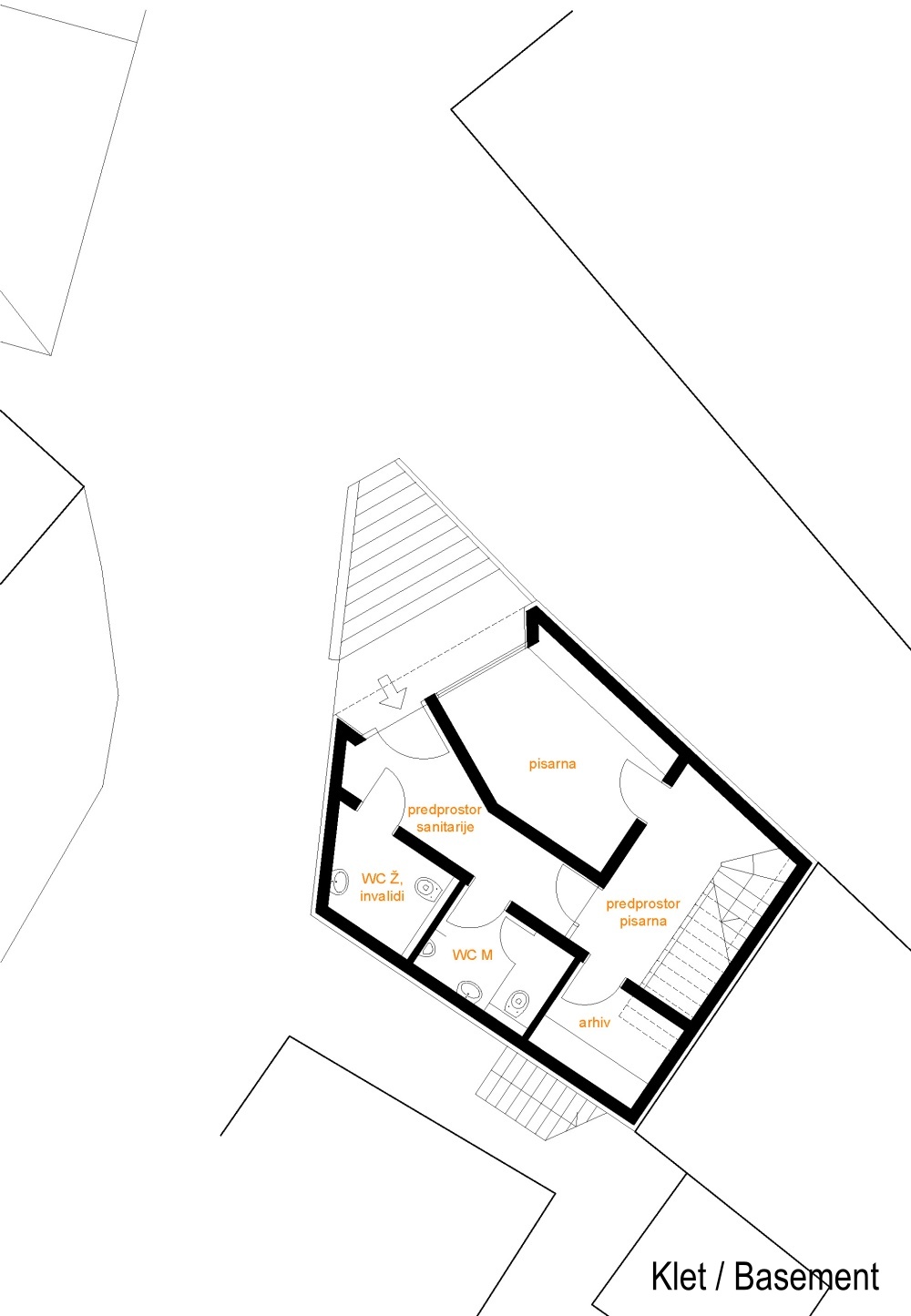 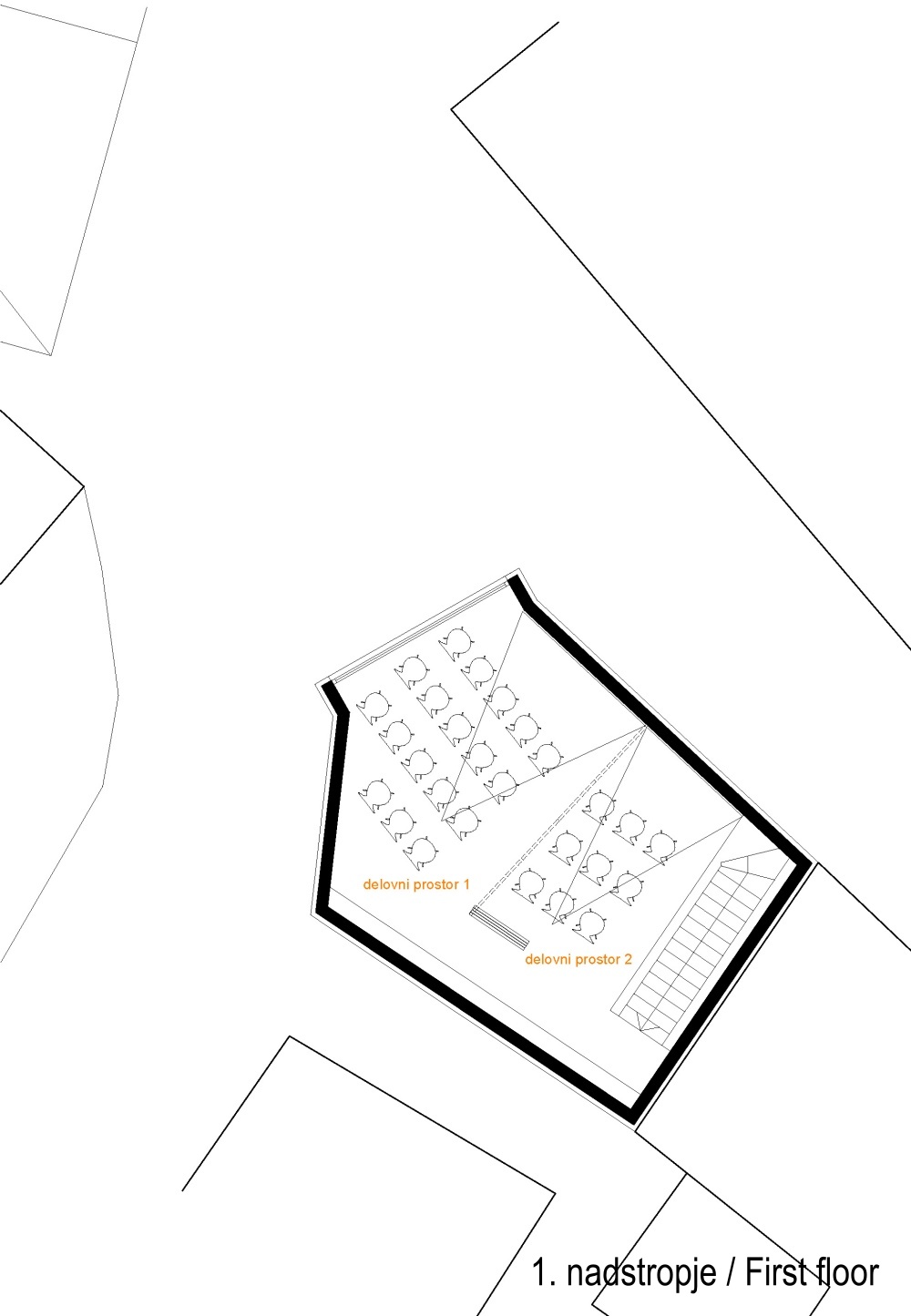