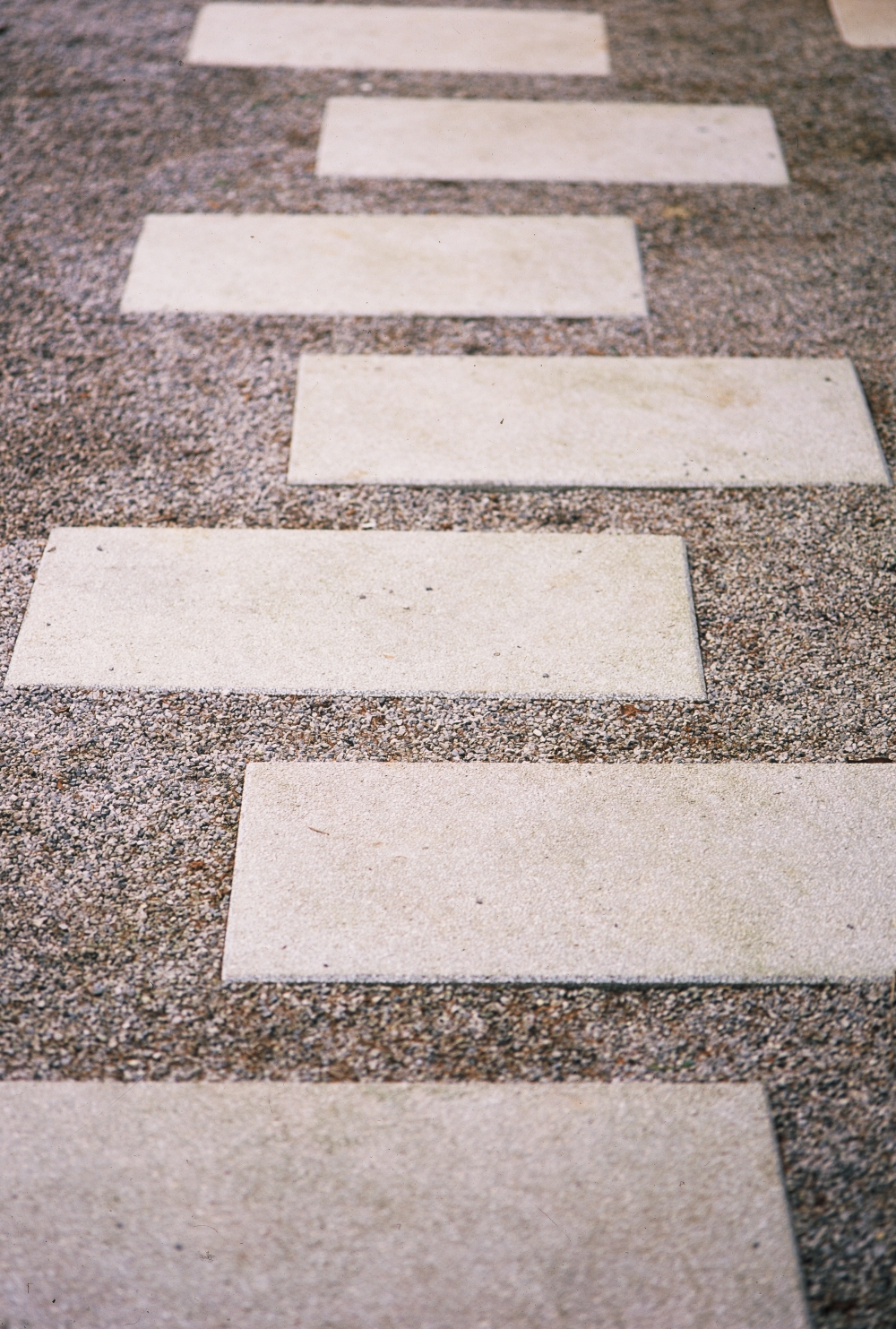 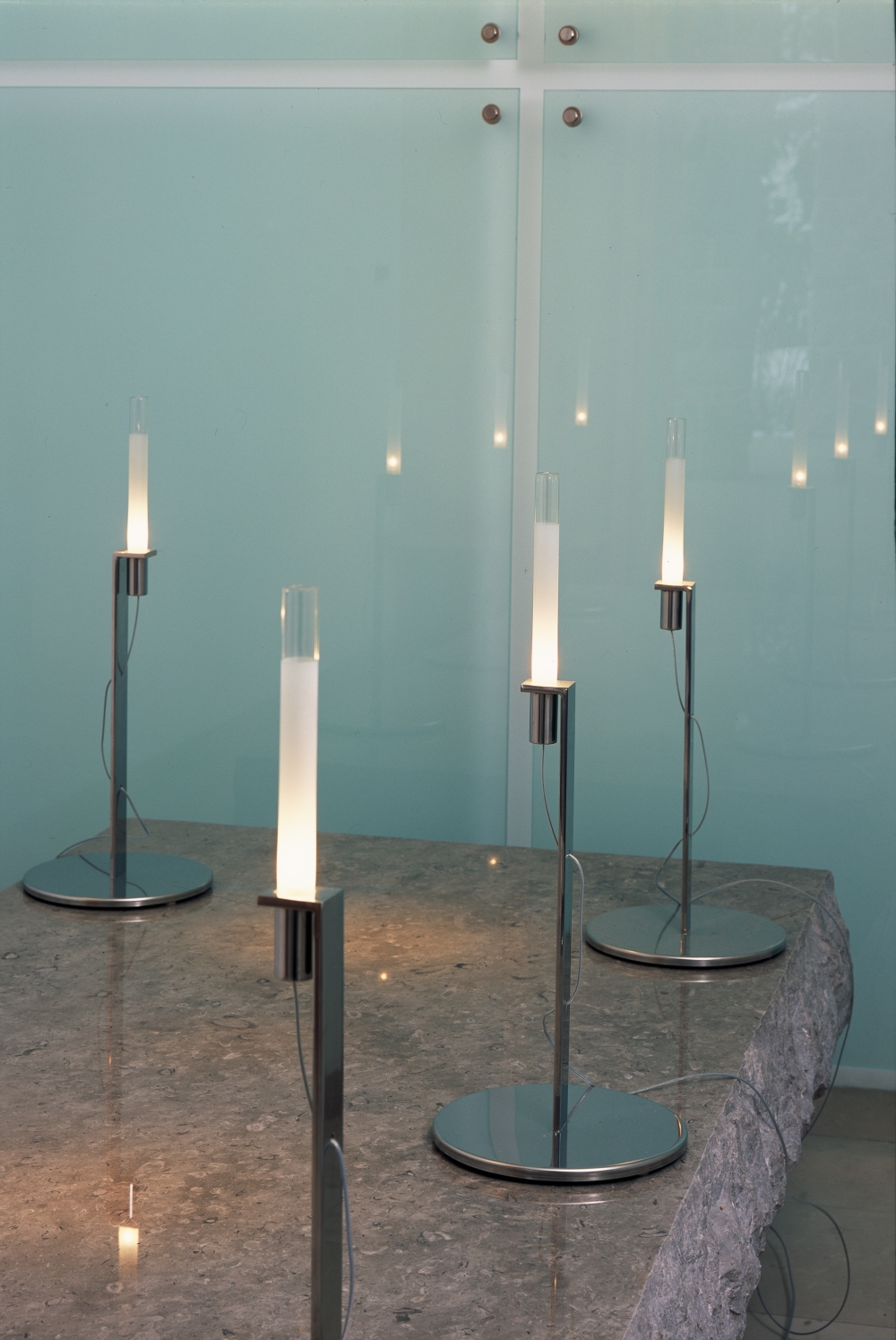 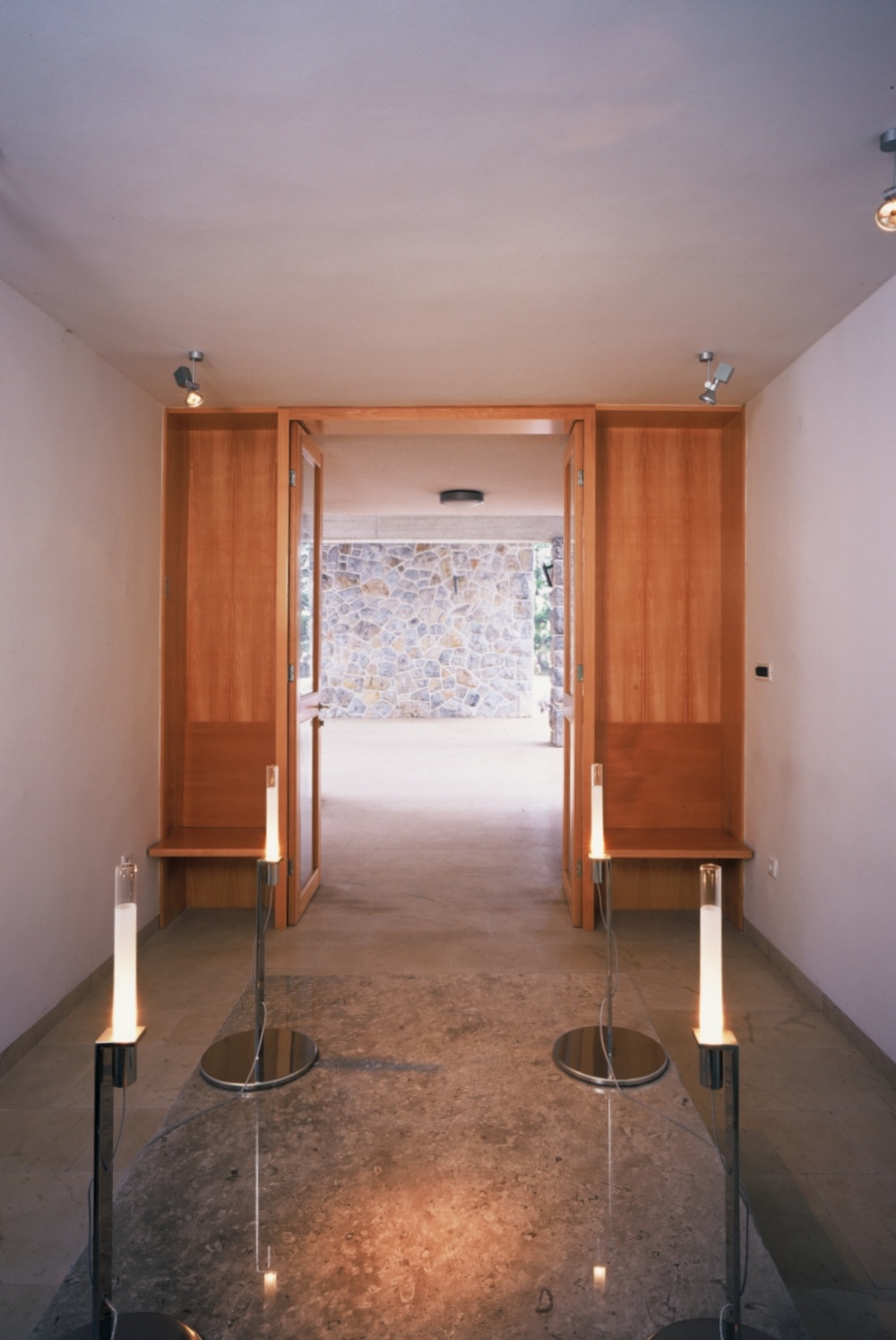 The funeral hall, conceived in the sixties in line with the idiom of the times, has been renovated. That idiorn lacked the full expression of refined details as a result of the use of reduced and simplifed forms. Consequently, the designed hall, located in the park in front of the cemetery, seemed insignificant and bare. Through renovation, the hall has become more comfortable without losing its dignity and character as memorial architecture. Despite its seeming insignificance, the architects approached their task with great respect for the existing concept, adding only what was truly necessary. They improved the ensemble and enhanced it by adding the missing architectural eIelements: which were carefully chosen and modestly designed. Through re-arrangement, the architects have significantly contributed to the actual funeral ceremony by making the areas more functional and agreeable, and, through simplification, have cleansed it to elementary and bare expression.The transitions between light and shadow help to express the language of stone, wood, glass, the building material itself. The new architecture remains in the background and can be experienced only through touch. It is a modest and silent realization. Turned inwards, the impression it gives to the visitor is markedly intimate, although the area remains open and without borders. The renovation of the funeral hall has shown the architects to be mature designers who know how to use less to create more. (Janez Koželj, Oris no. 10.) 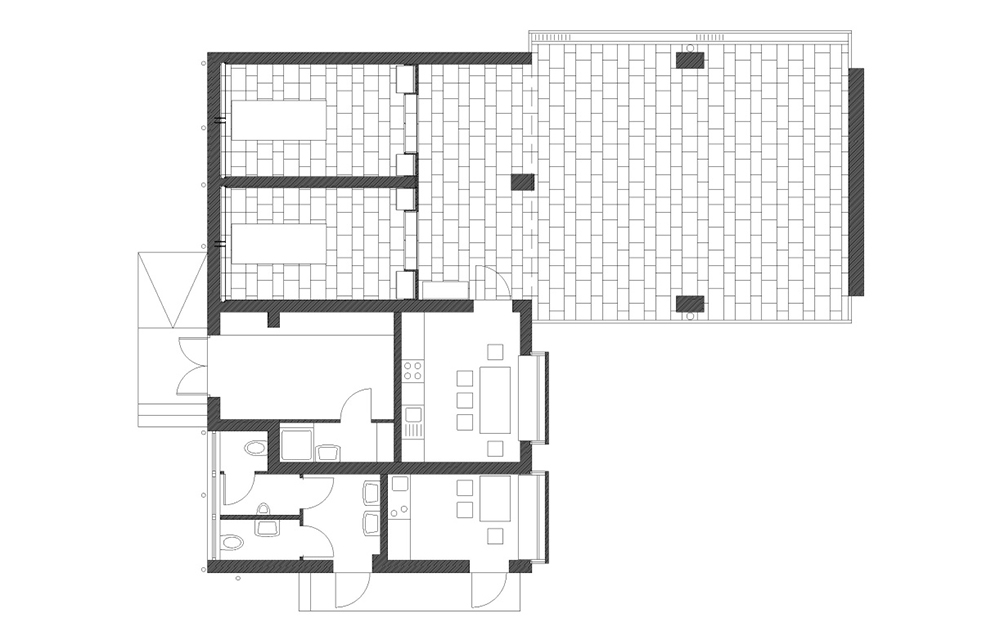 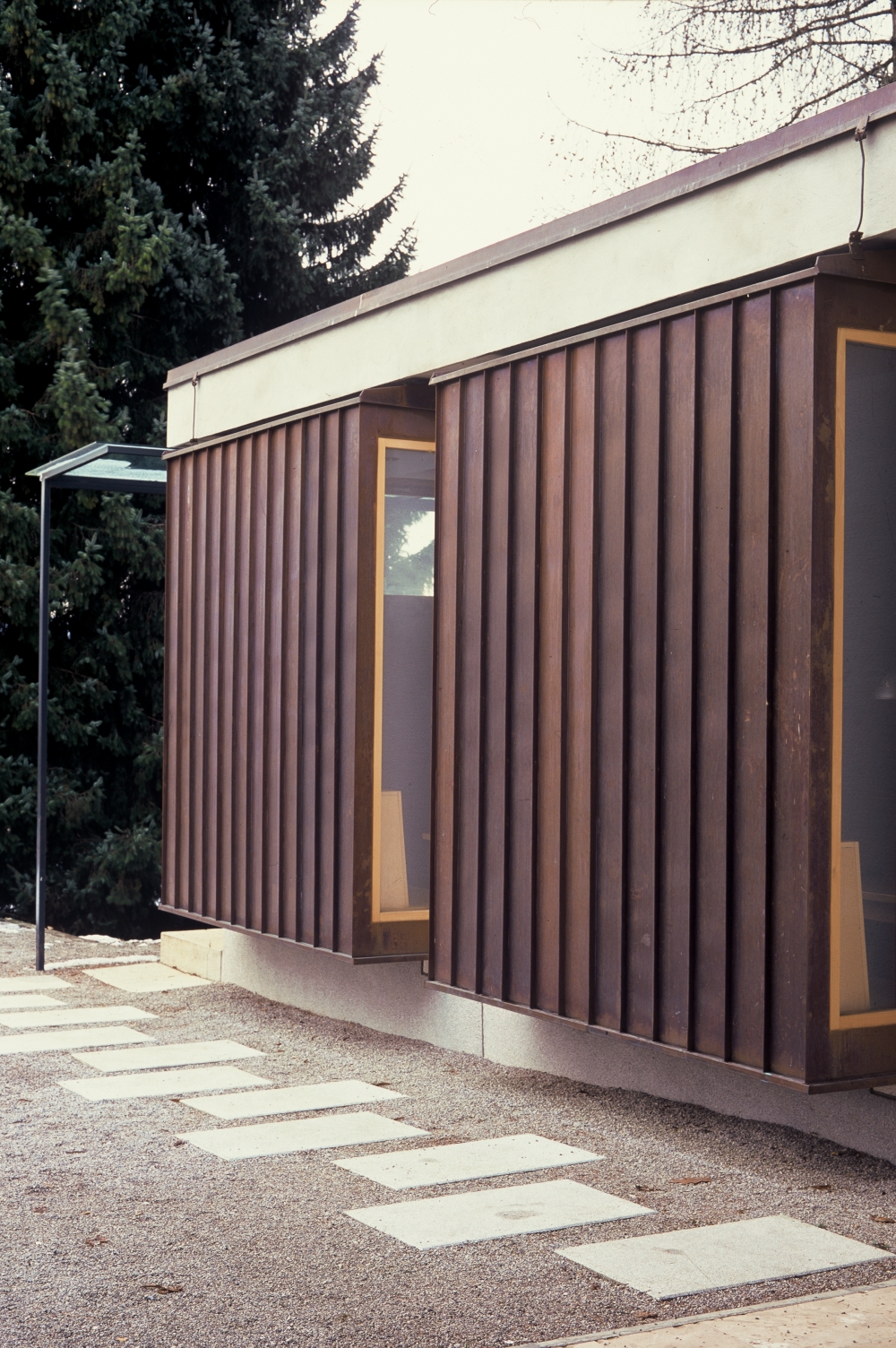