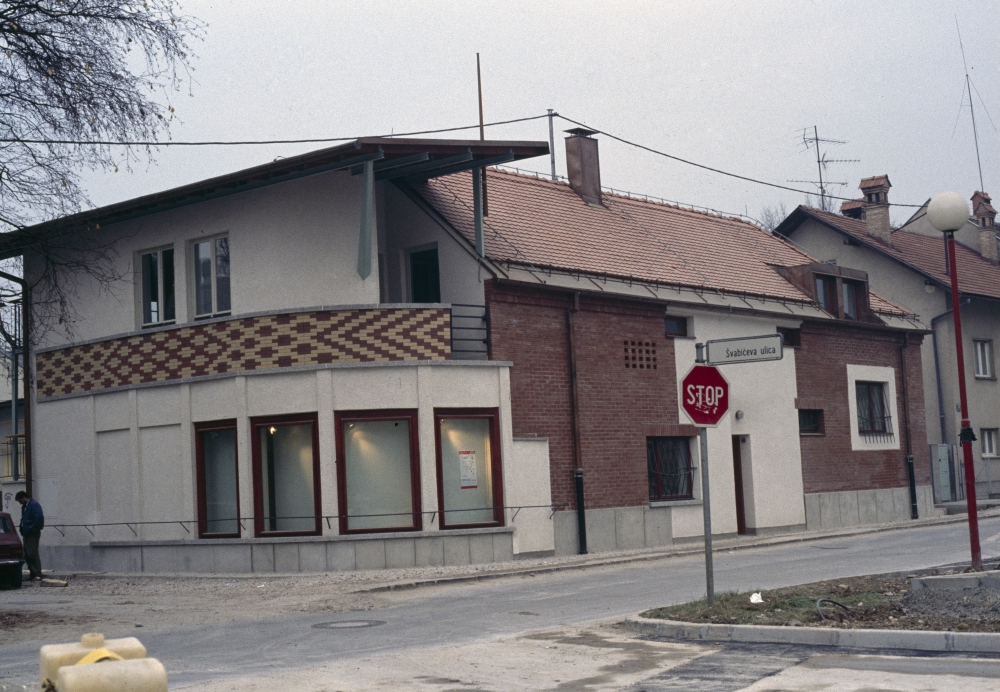 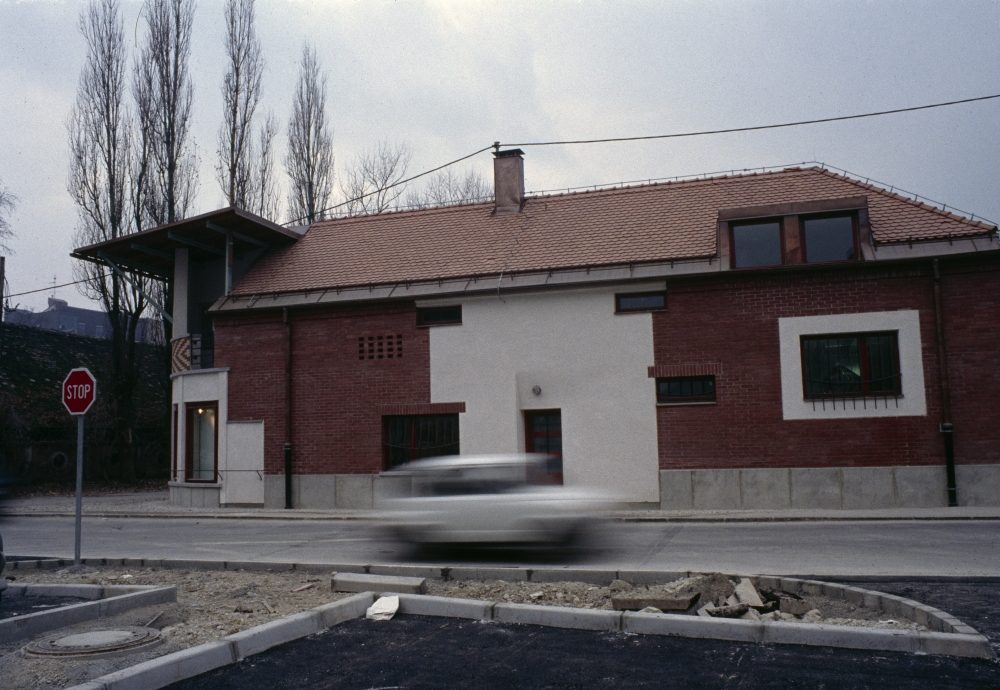 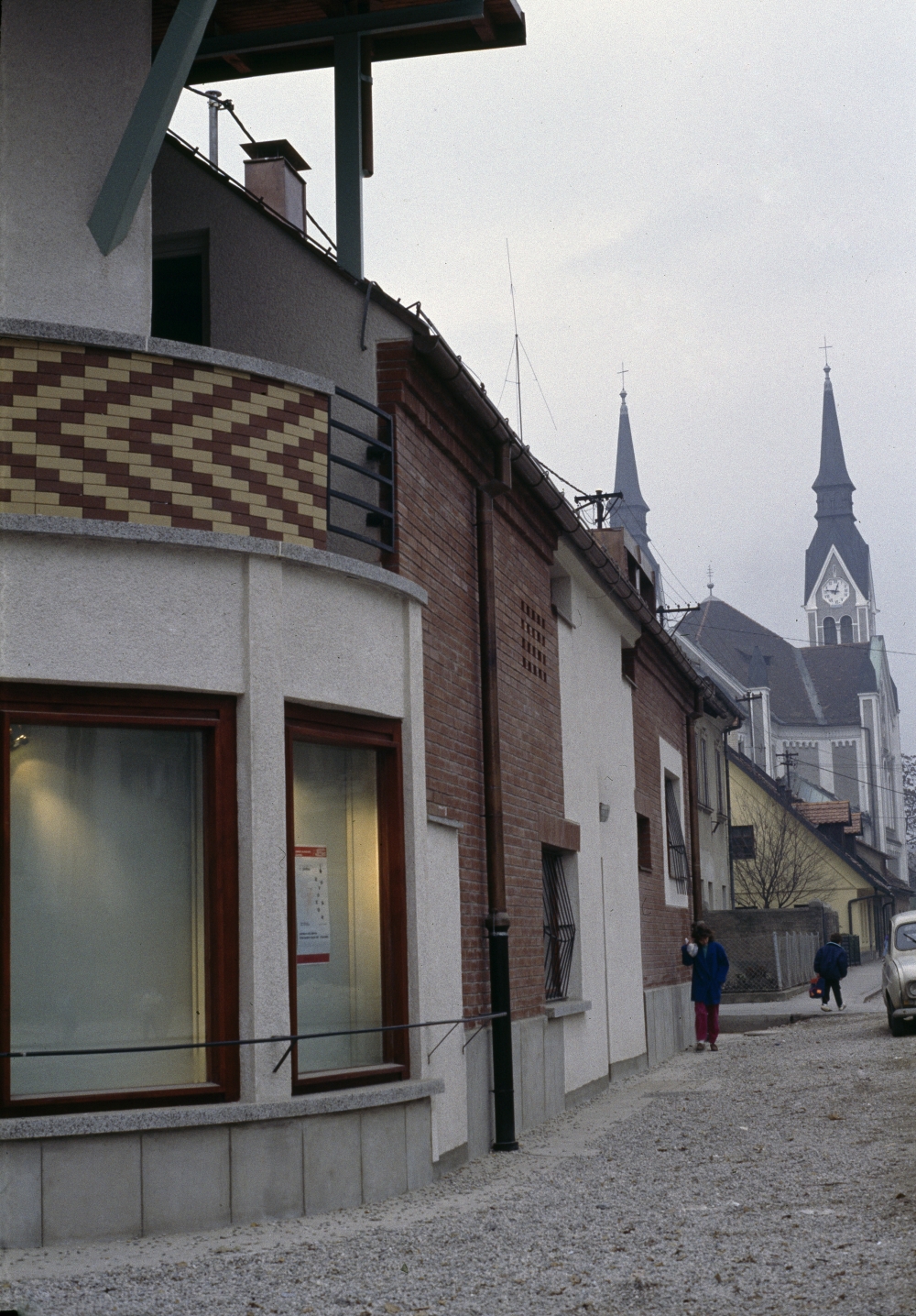 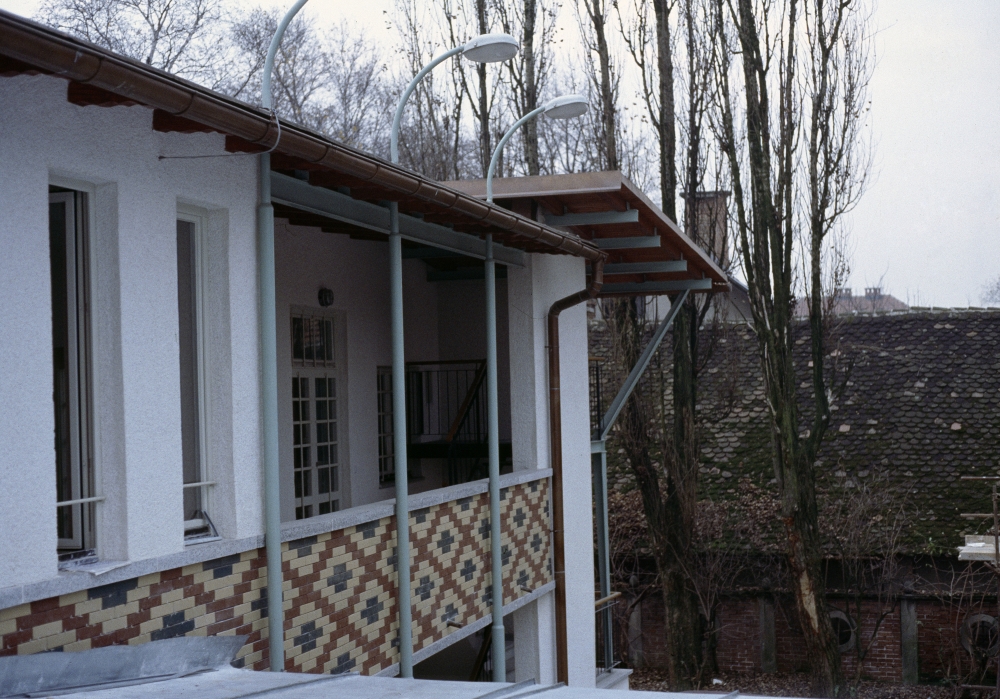 KUD France Prešeren is an arts and culture association whose non-profit policy of an open social space supports fine, diverse, and up-and-coming culture. The renovation of the event hall and the construction of the gallery sustain the nostalgic, theatre-like suburban ambient and adapt it to alternative cultural programme. The architectural approach pays homage to the nearby Plečnik House. In its forms, the building is an near-faithful echoing of the model, however the echoing was intuitive, syntactical and contextual, rather than being a reproduction of the forms. The elements such as the low built volume, the corner cylinder, the visible brick and render, the portico with metal pillars, the intimate courtyard, and the renovated cinema hall have become an indispensable part of Trnovsko predmestje’s urban identity 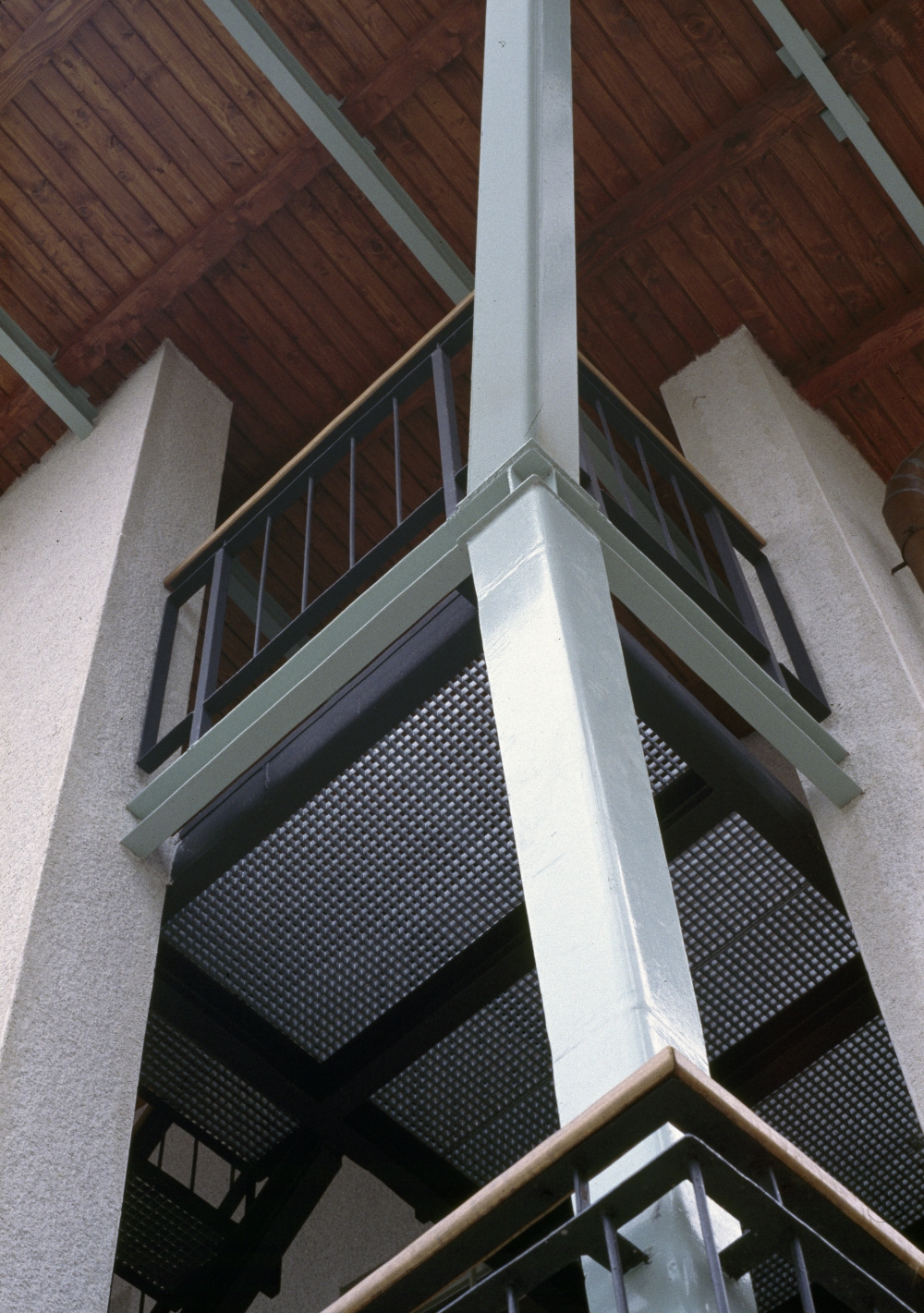 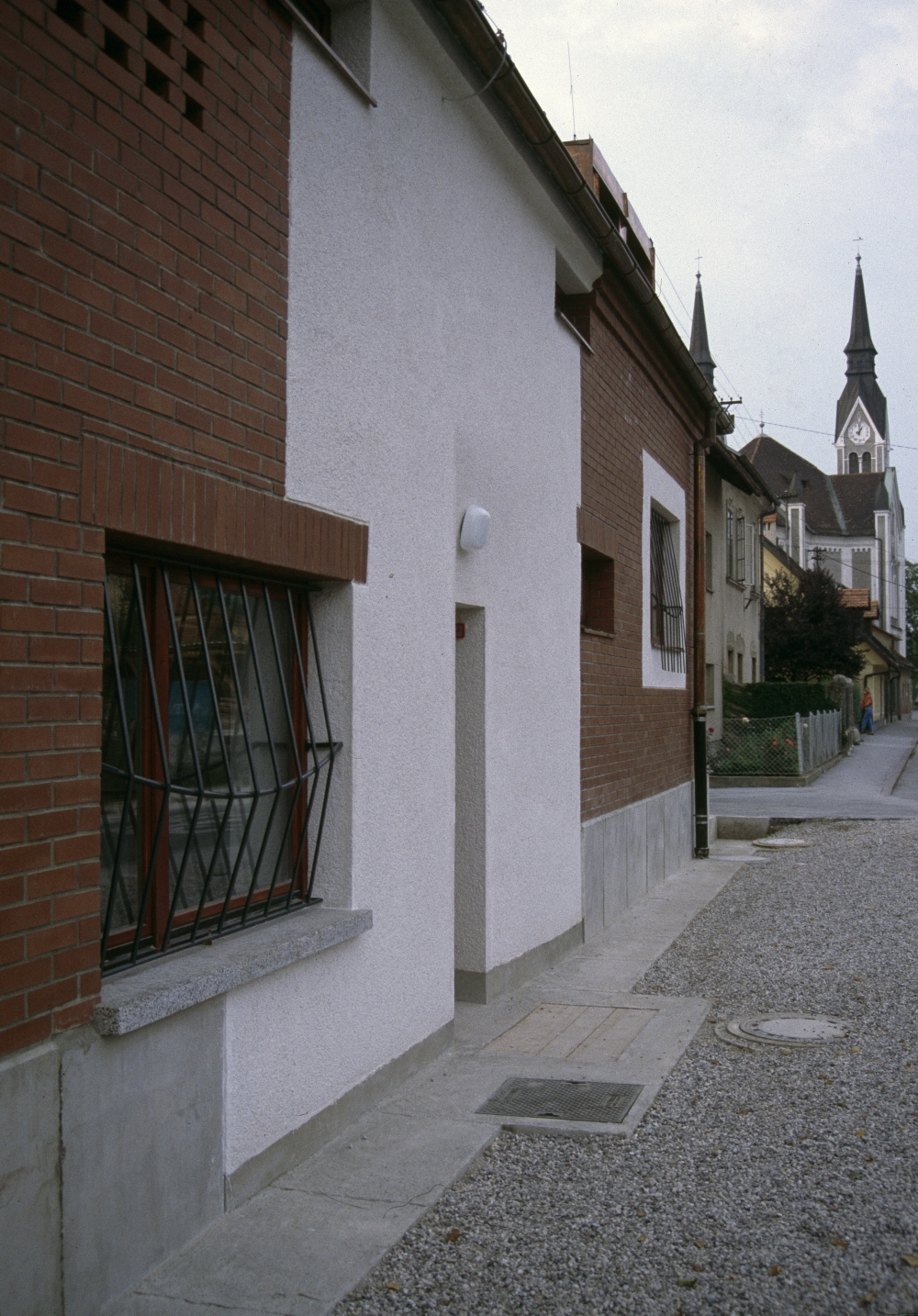