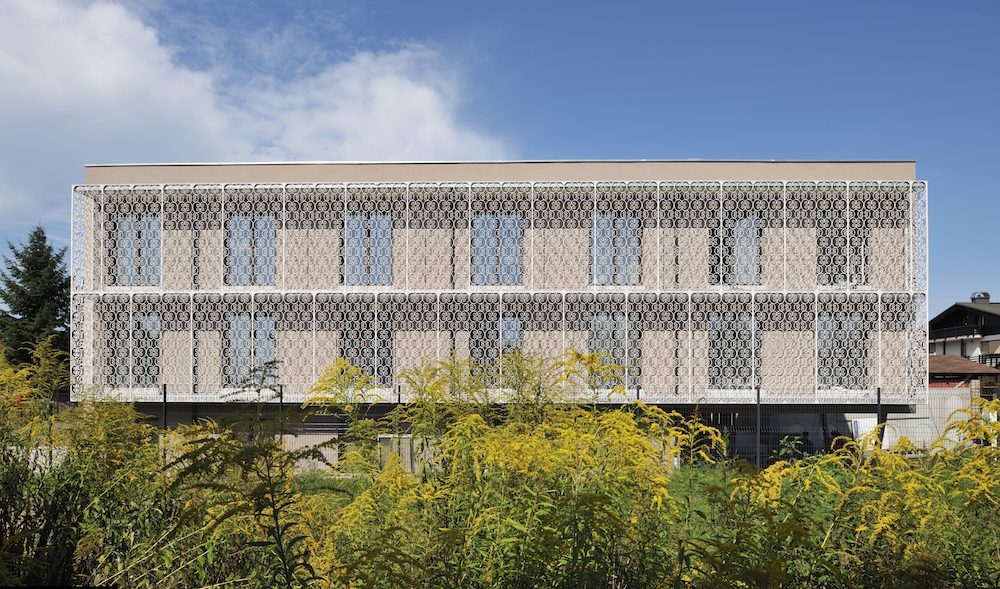 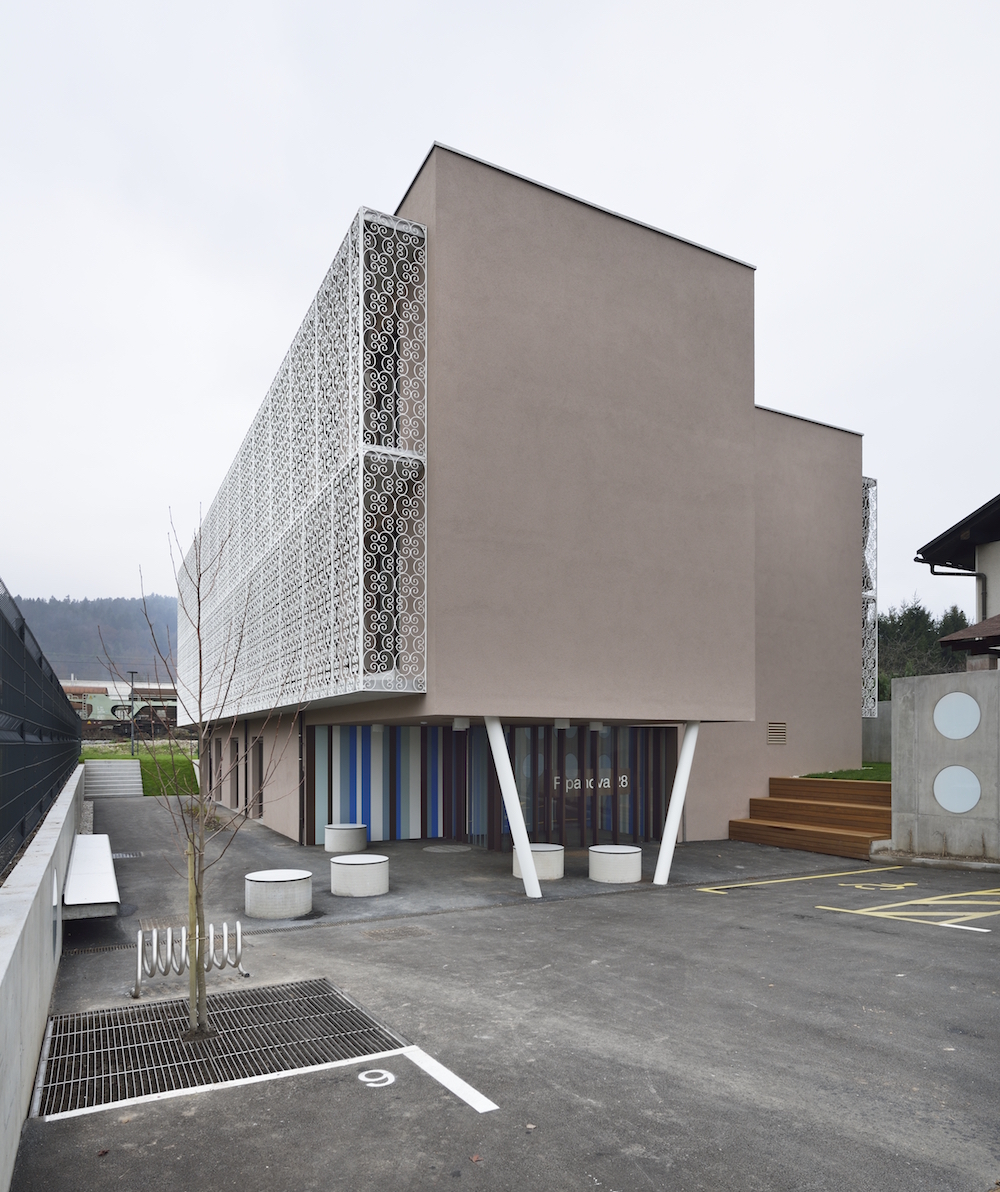 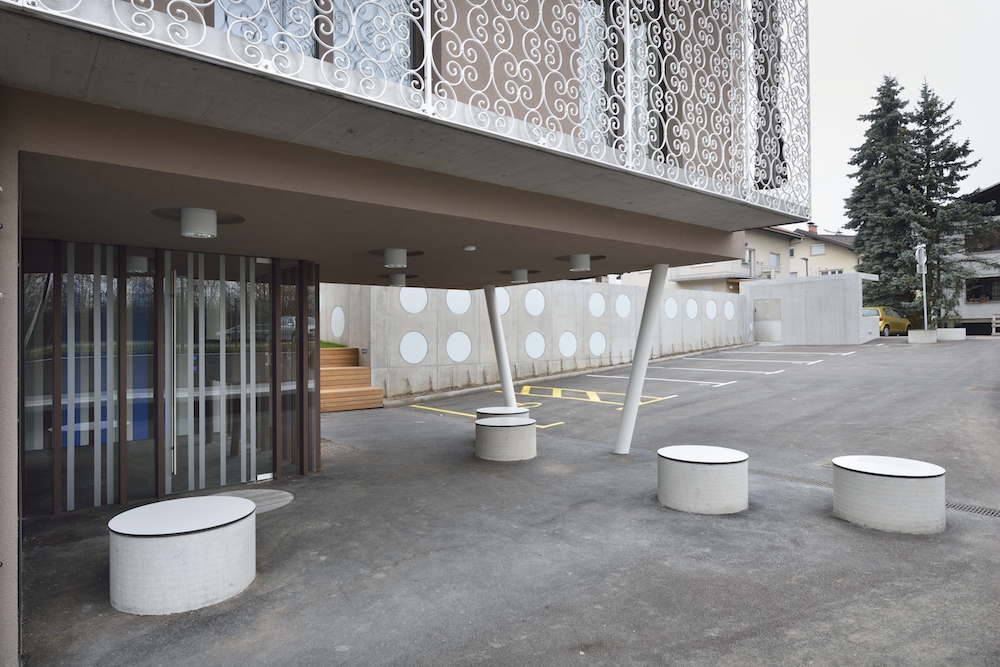 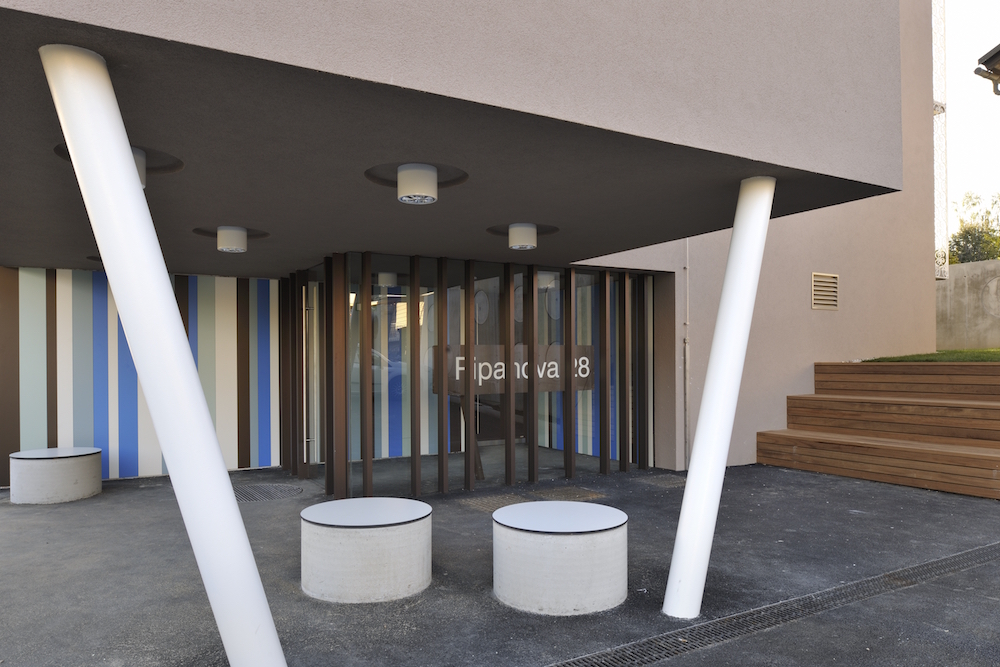 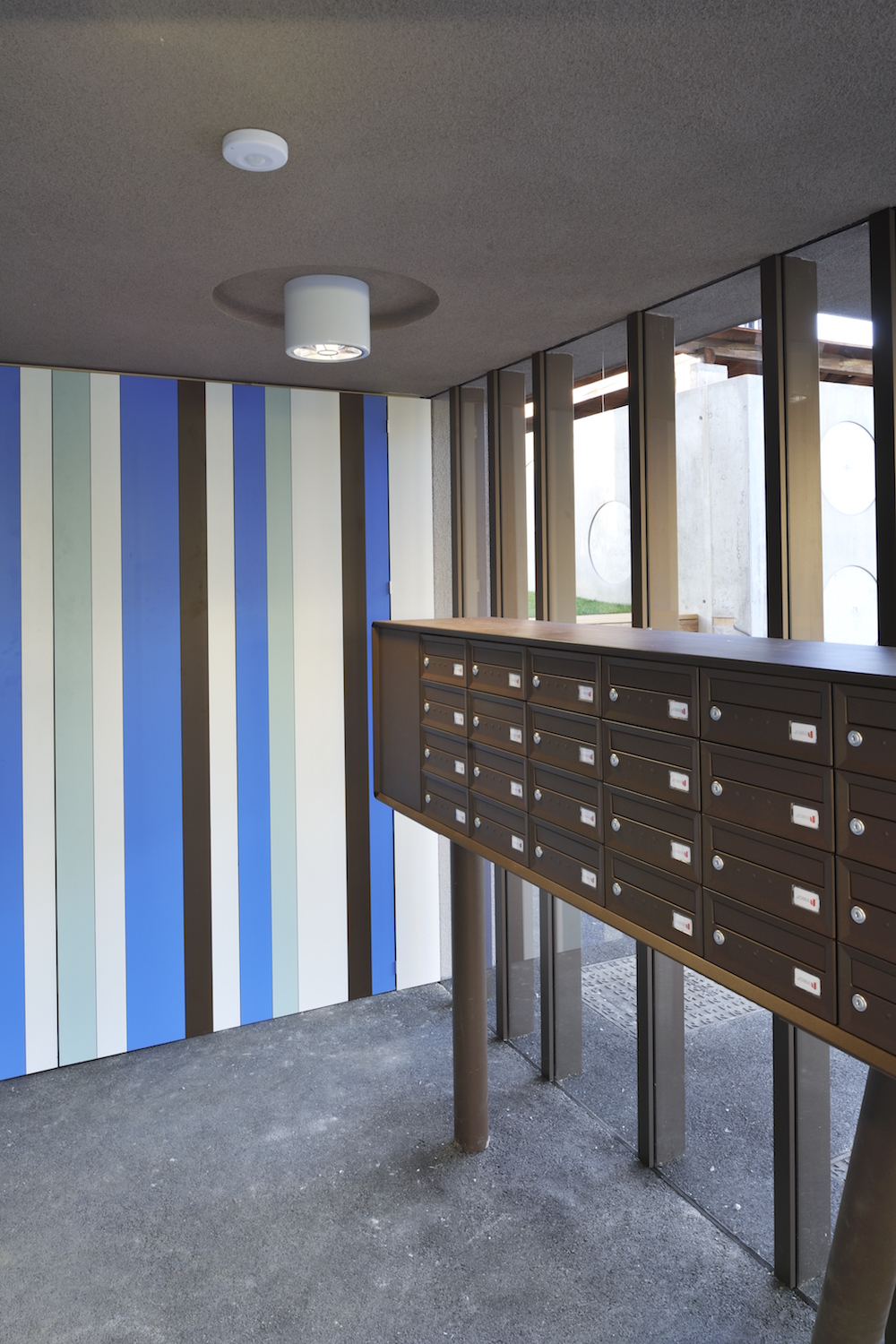 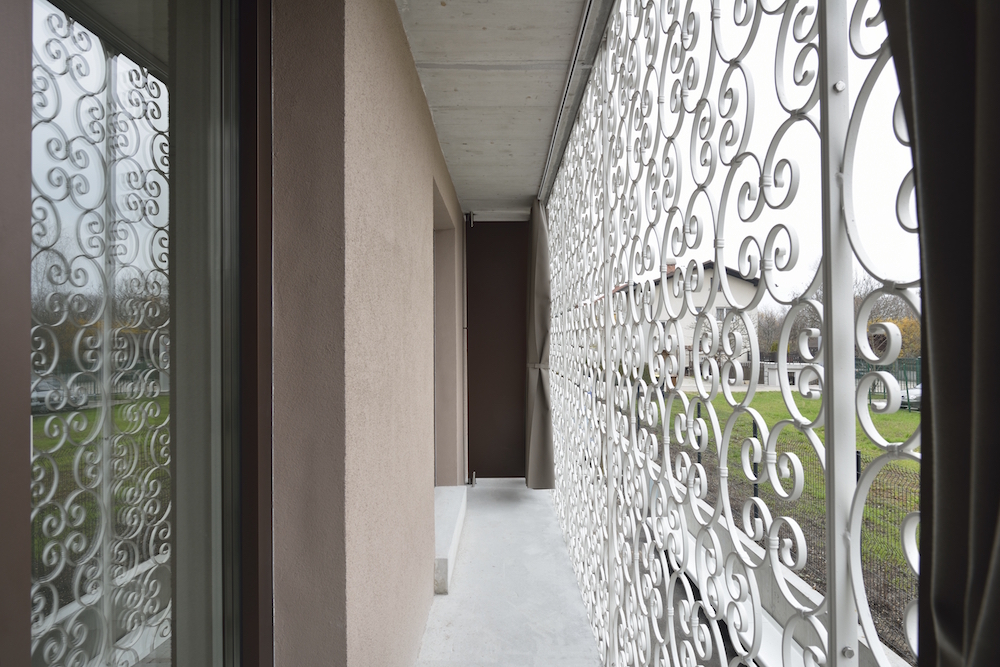 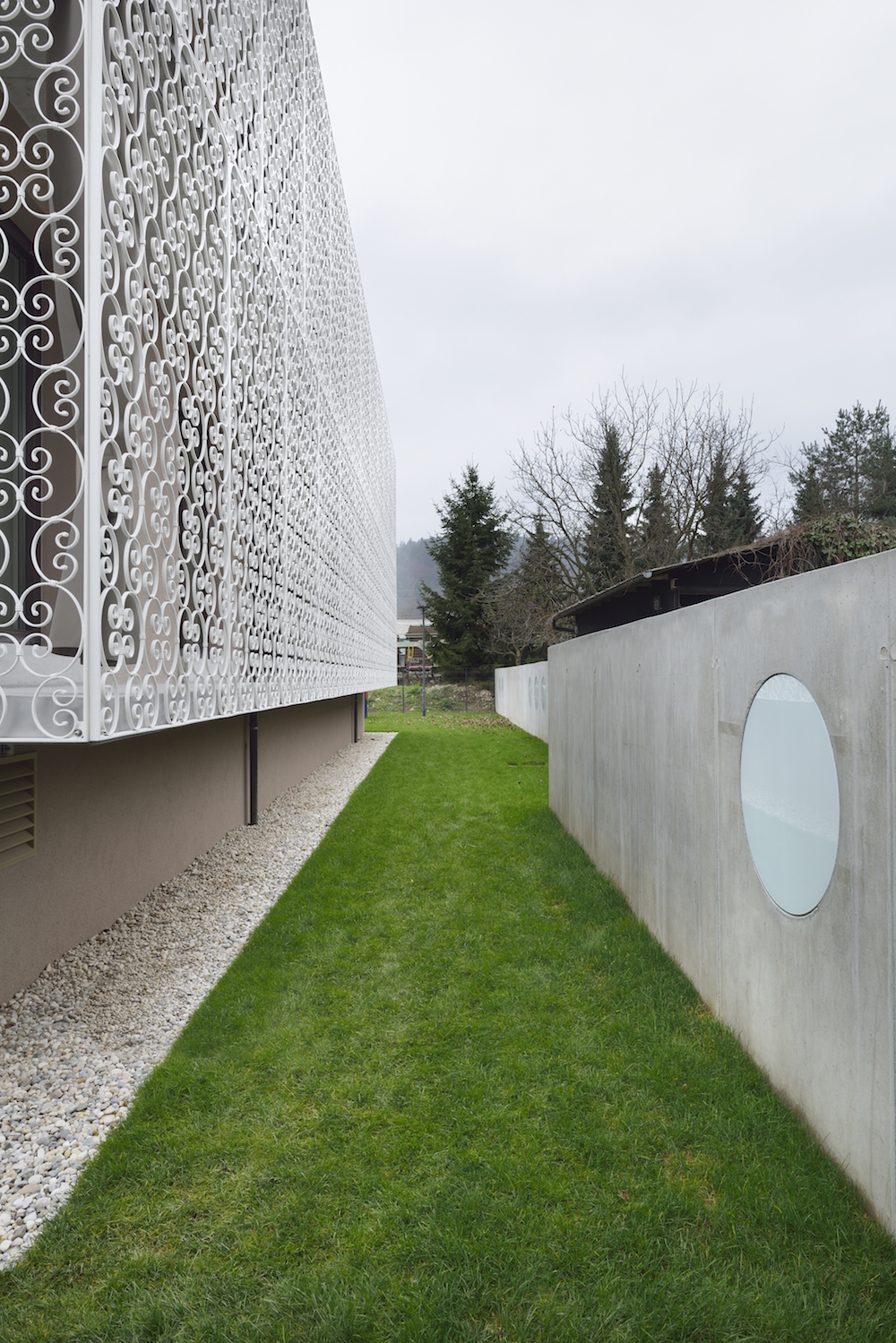 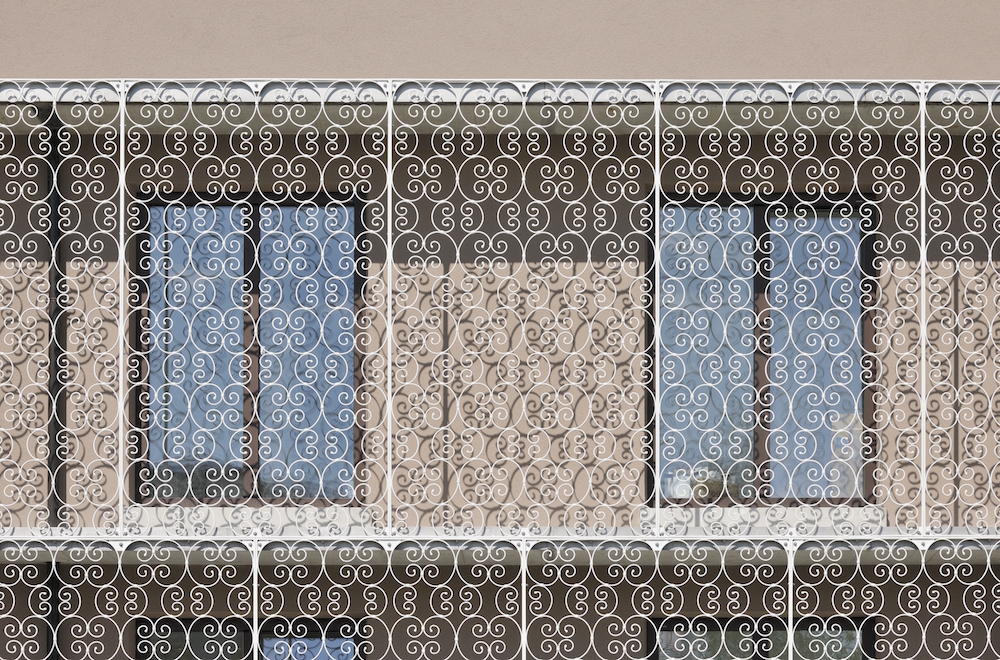 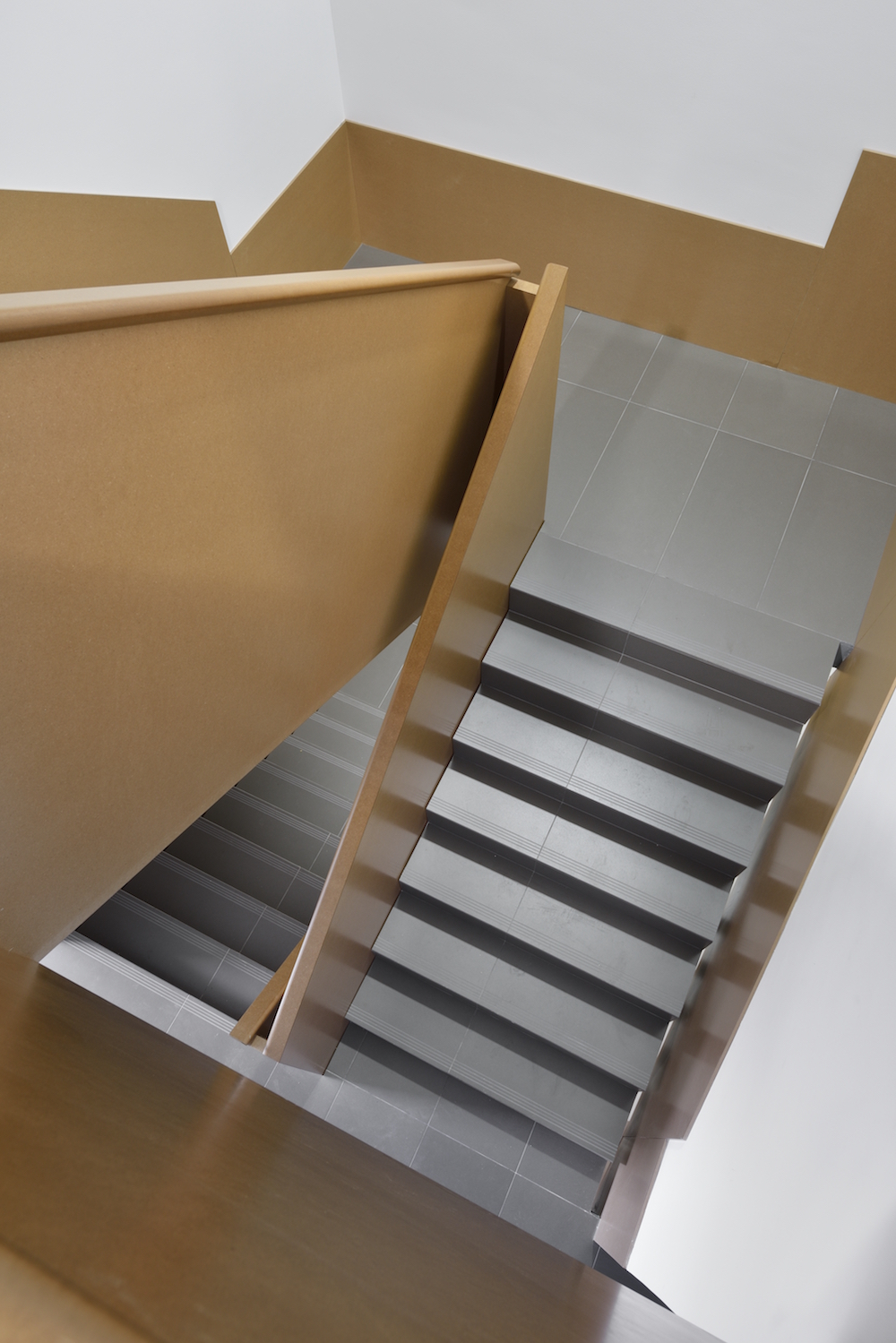 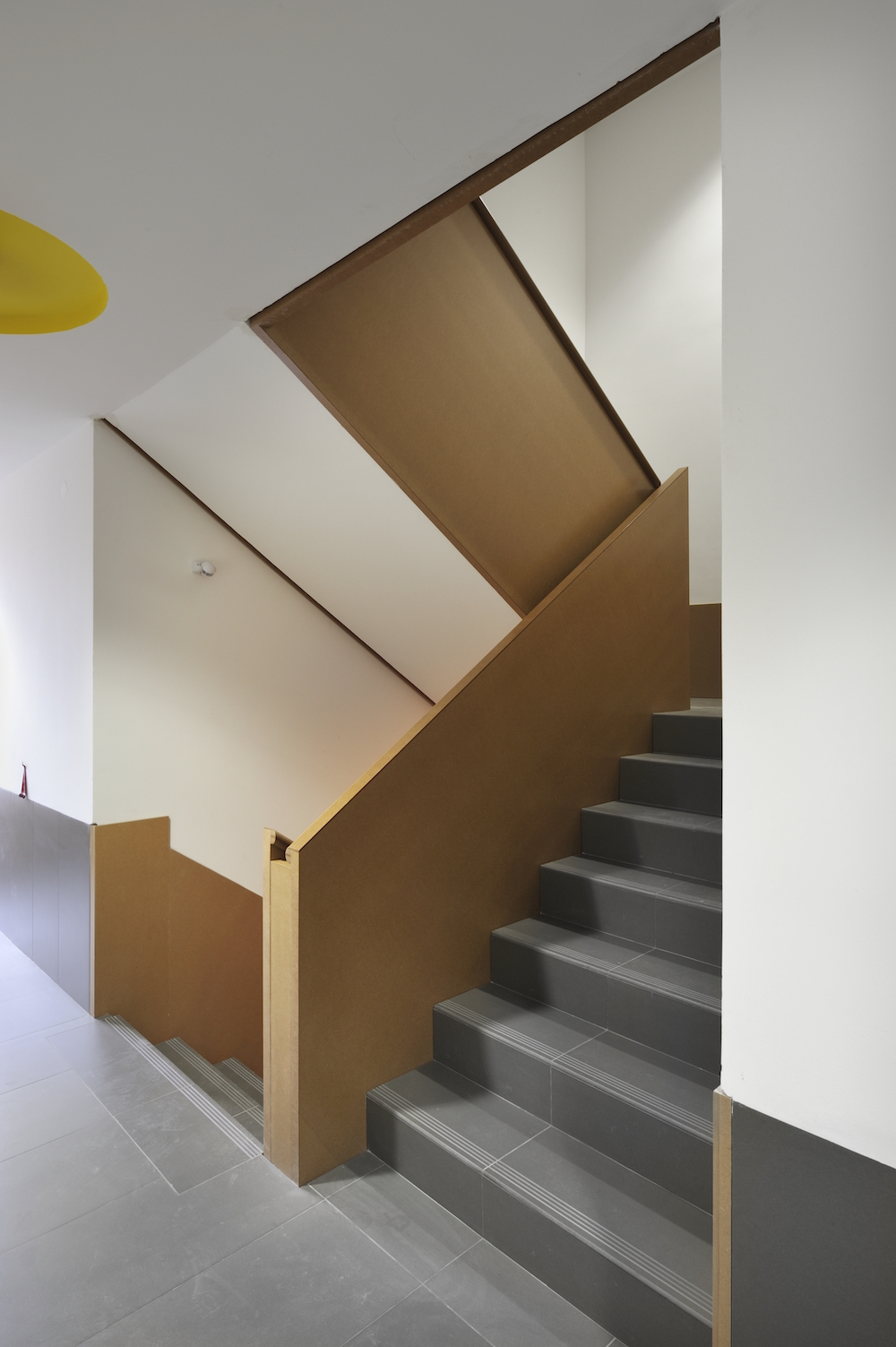 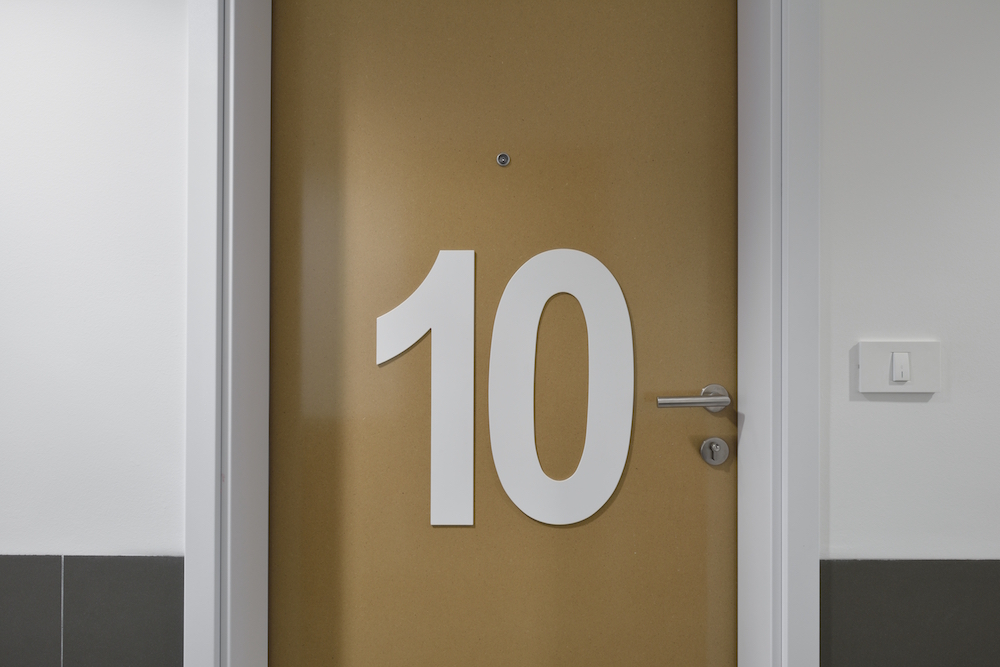 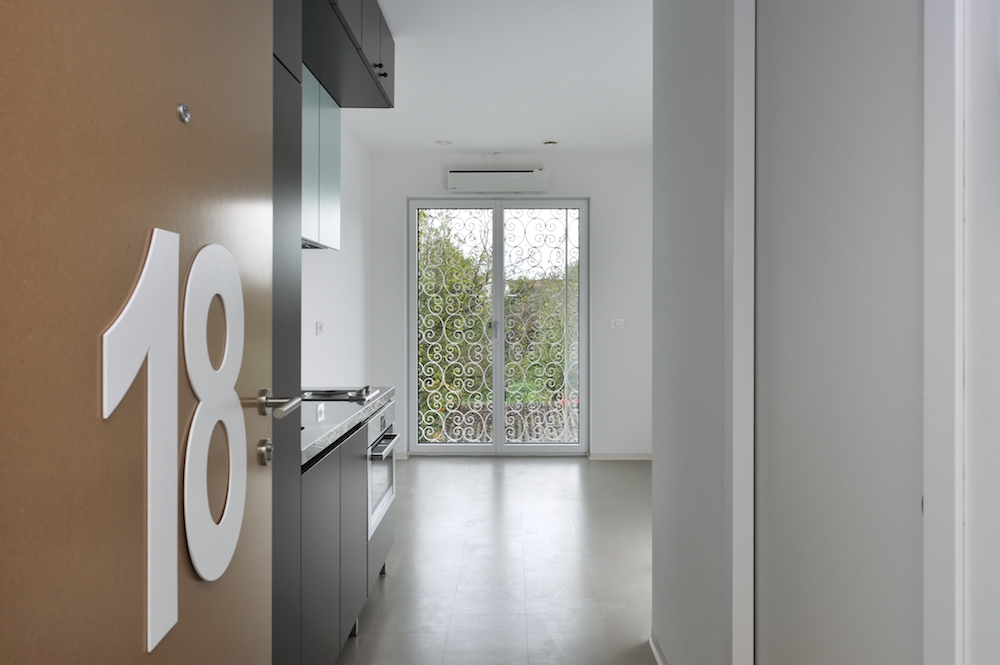 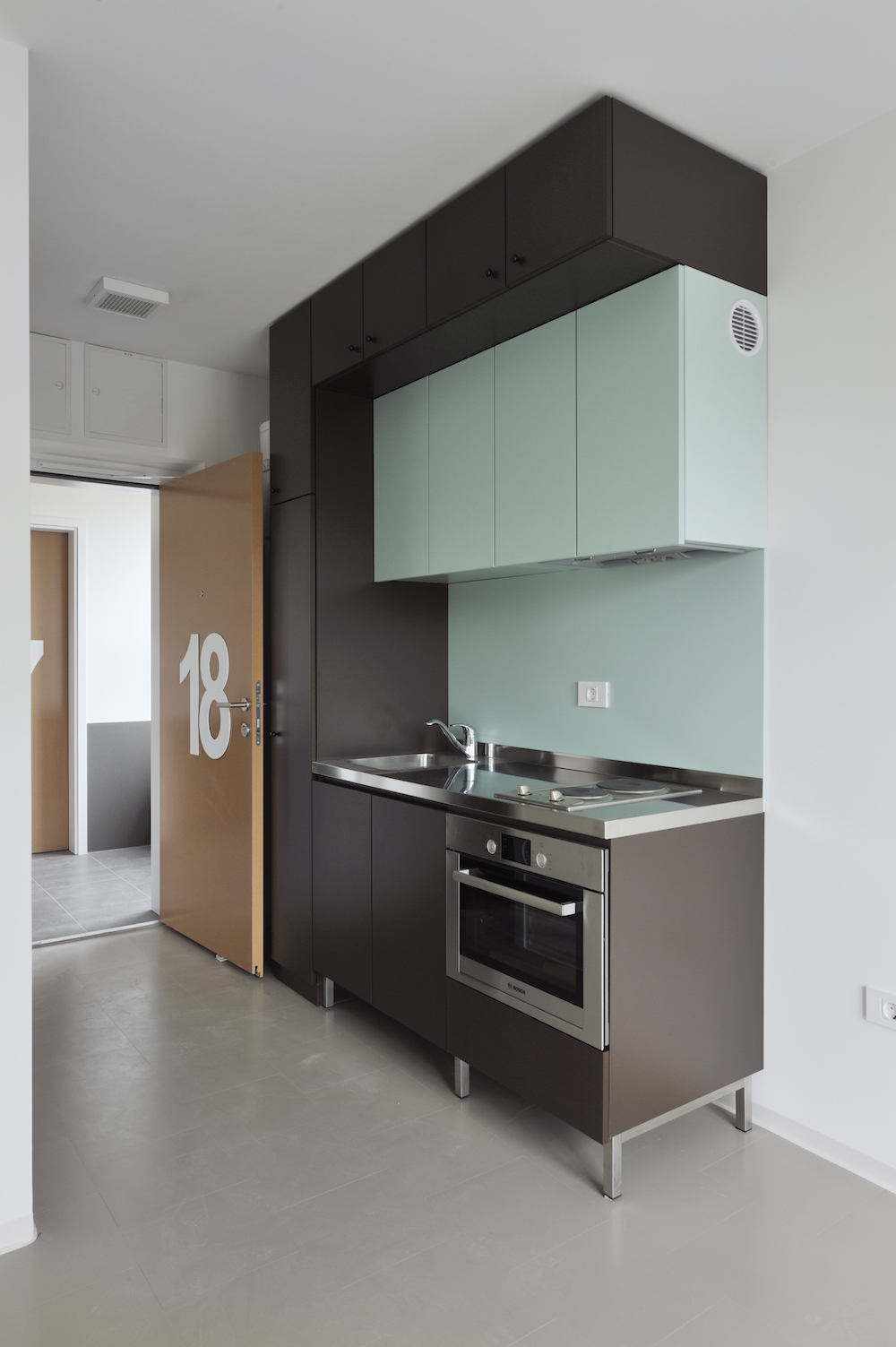 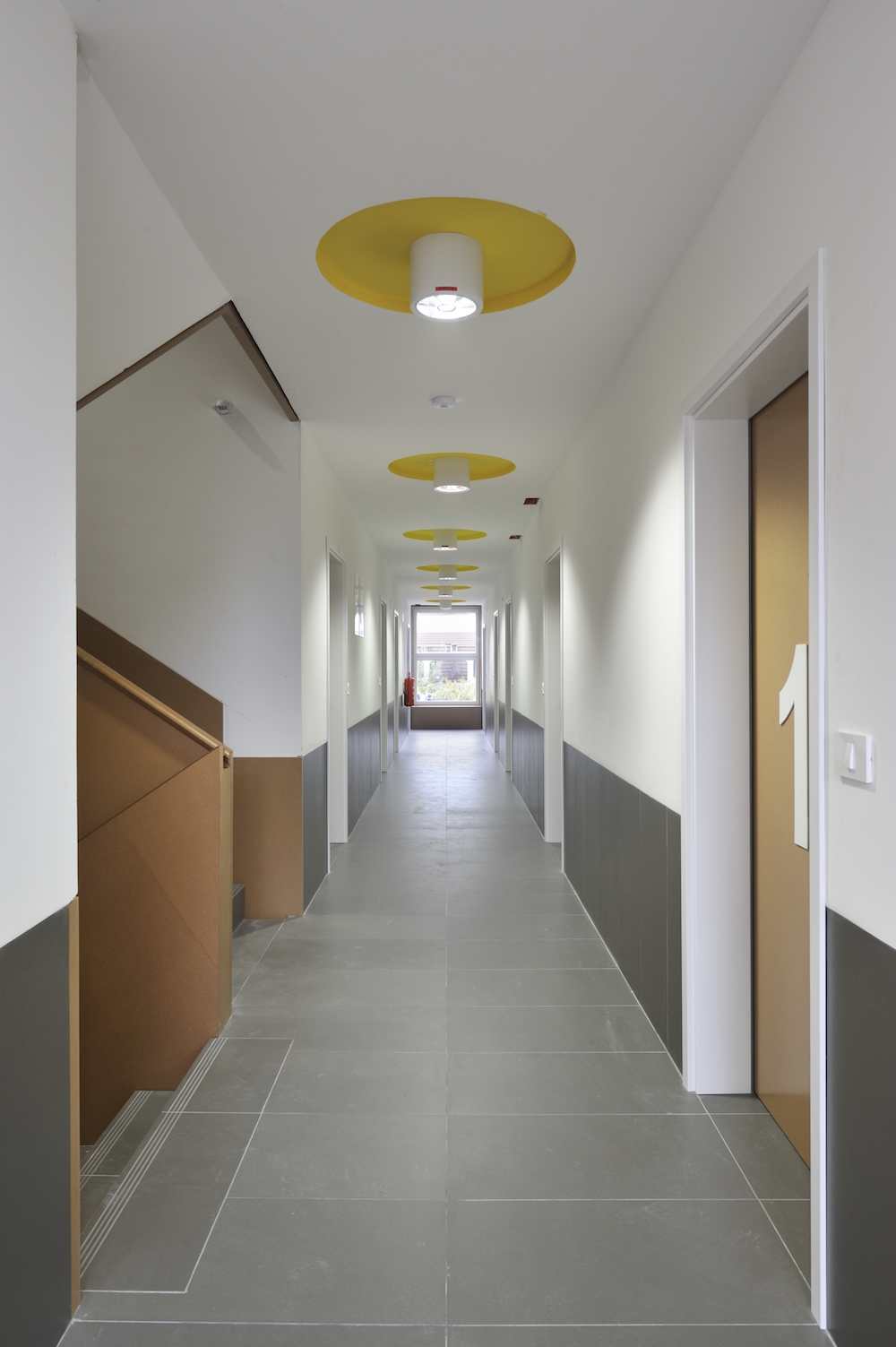 The Minimal Residential Units Pipanova are intended as a temporary solution to housing problems. The site in the suburbs of Šentvid is located between Pipanova Street and the railway tracks. Despite being close both to the motorway and the railway, the location is quiet and secluded.The building is set onto a small and narrow plot and on top of that, the height of the building is limited. The compact, two-storey built mass is placed upon the partially dug-in cellar base. The terrain is thus “pulled” under the building. The slanted courtyard with a parking space ends with the entrance into the building marked with an overhang, which is based on two slanted piers.

The building blends with the suburban environment with its simple articulated built mass and a carefully nuanced presence of volumes and facade finishes. There is a large number of relatively modestly sized units, from one person apartments with 14m2, apartments for two on 17 m2, up to 29 m2 apartments for families. All of the units have balconies, finished by the exterior membrane made out of forged-steel mesh. Looking at the building, it’s unmistakably a small block of flats, yet the large number of units and the apartment type are not apparent at the first sight because of the unified lacy membrane enveloping the flats.

The building is a first multi-residential object in Slovenia built in passive standard. Using ample insulation, implementing a passive solar design, and installing a tiny photovoltaic power station on the flat roof of the building contributes to the planned passive design of the building. The already low operating costs of the building can be repaid by selling off the excess electric energy from solar power station. 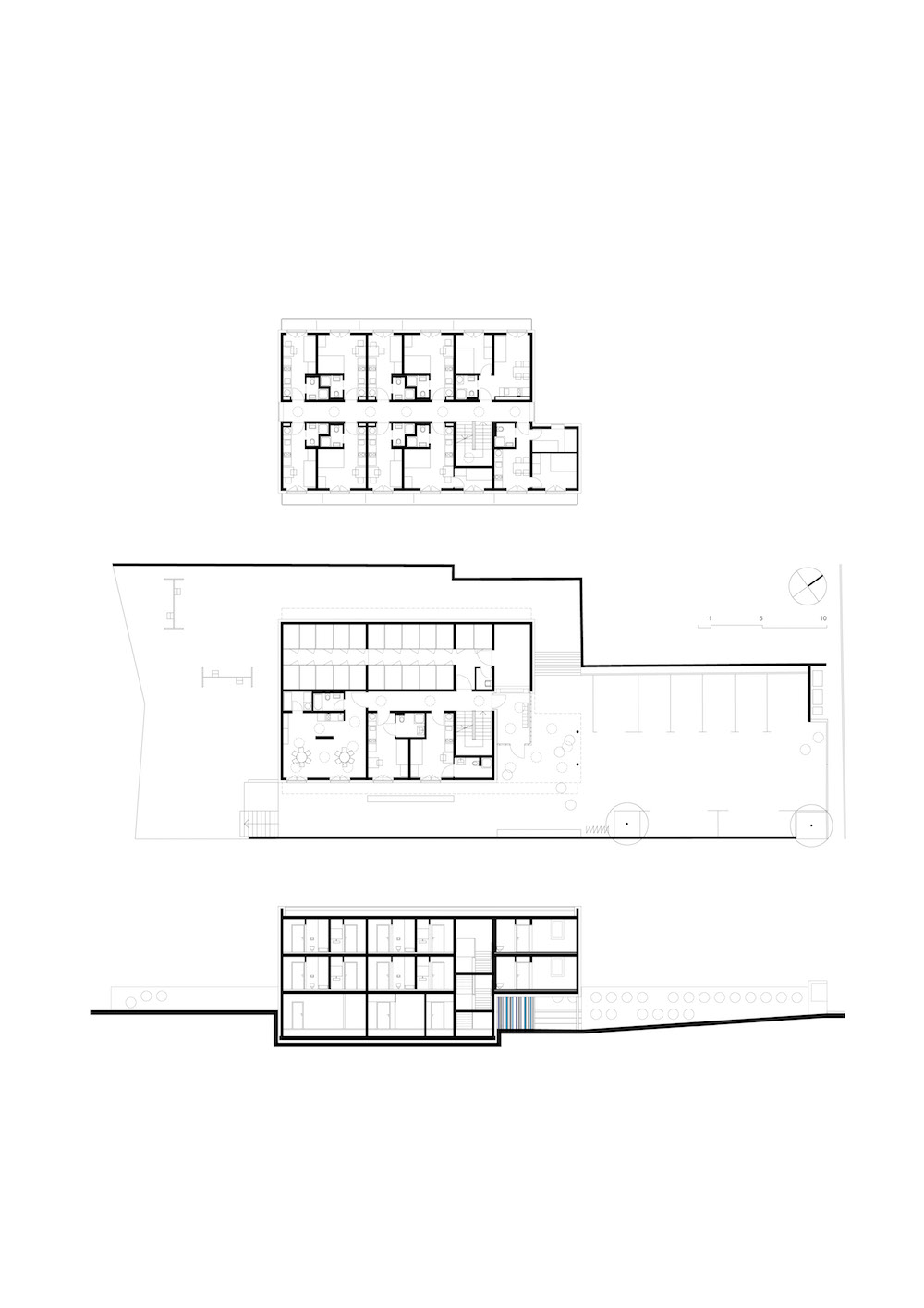 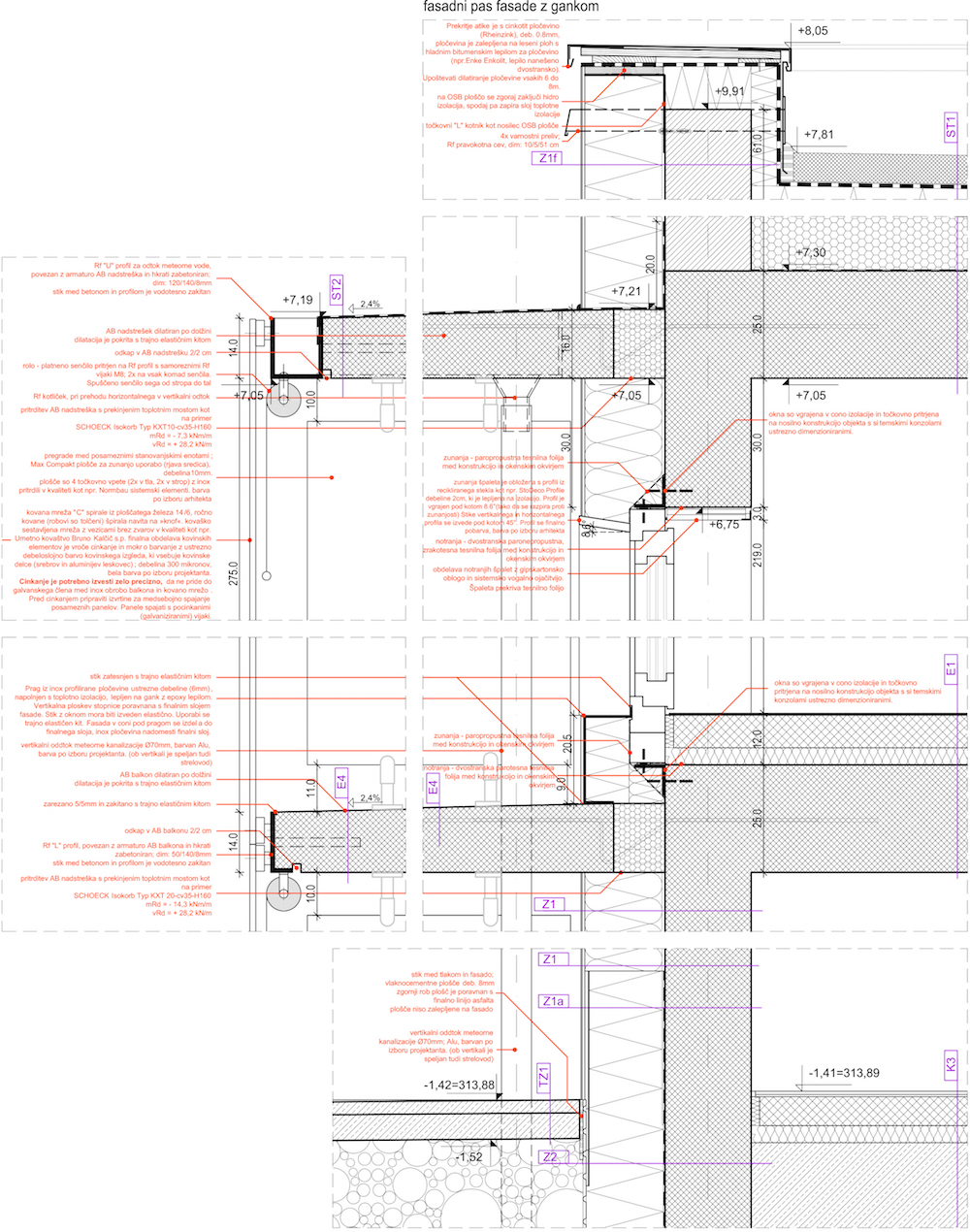 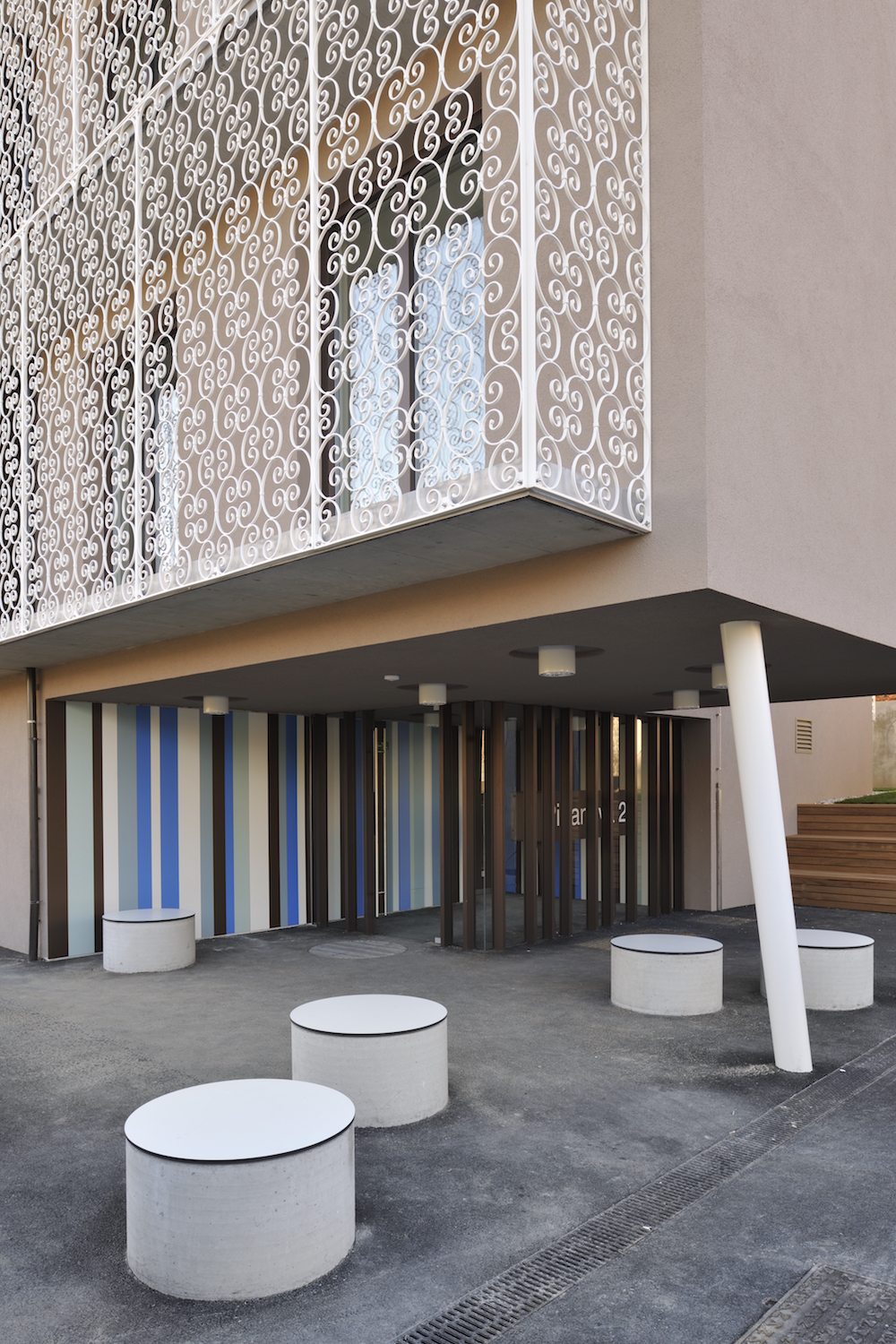 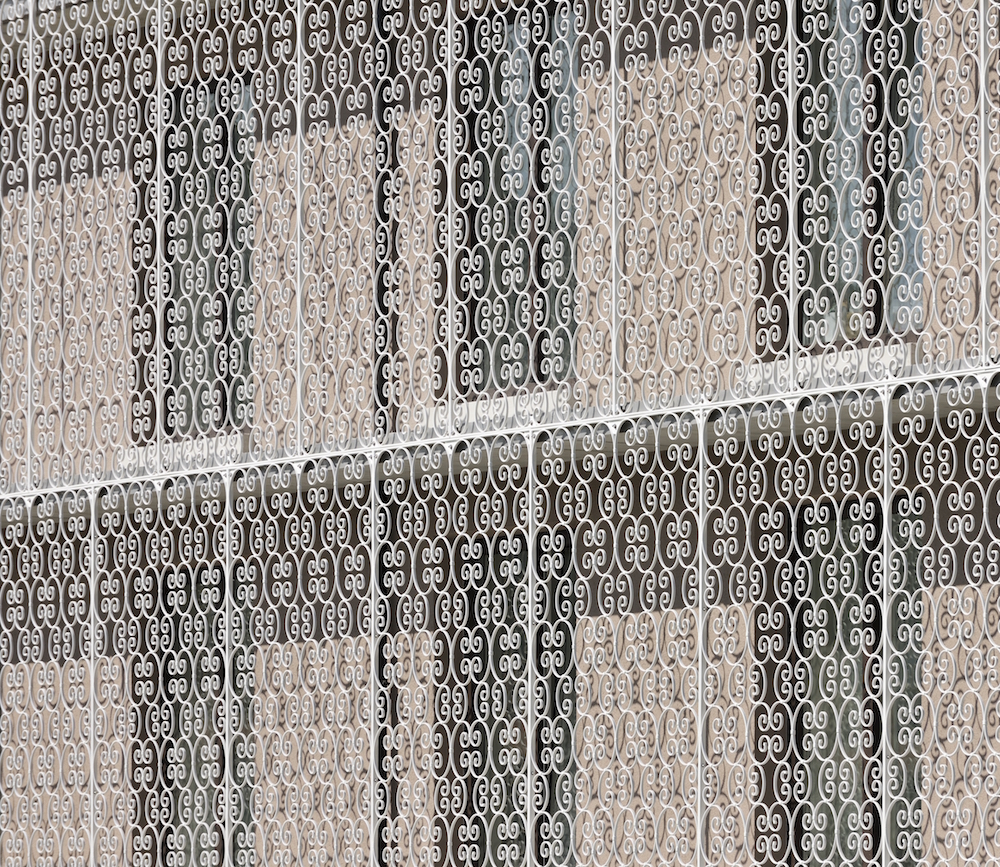 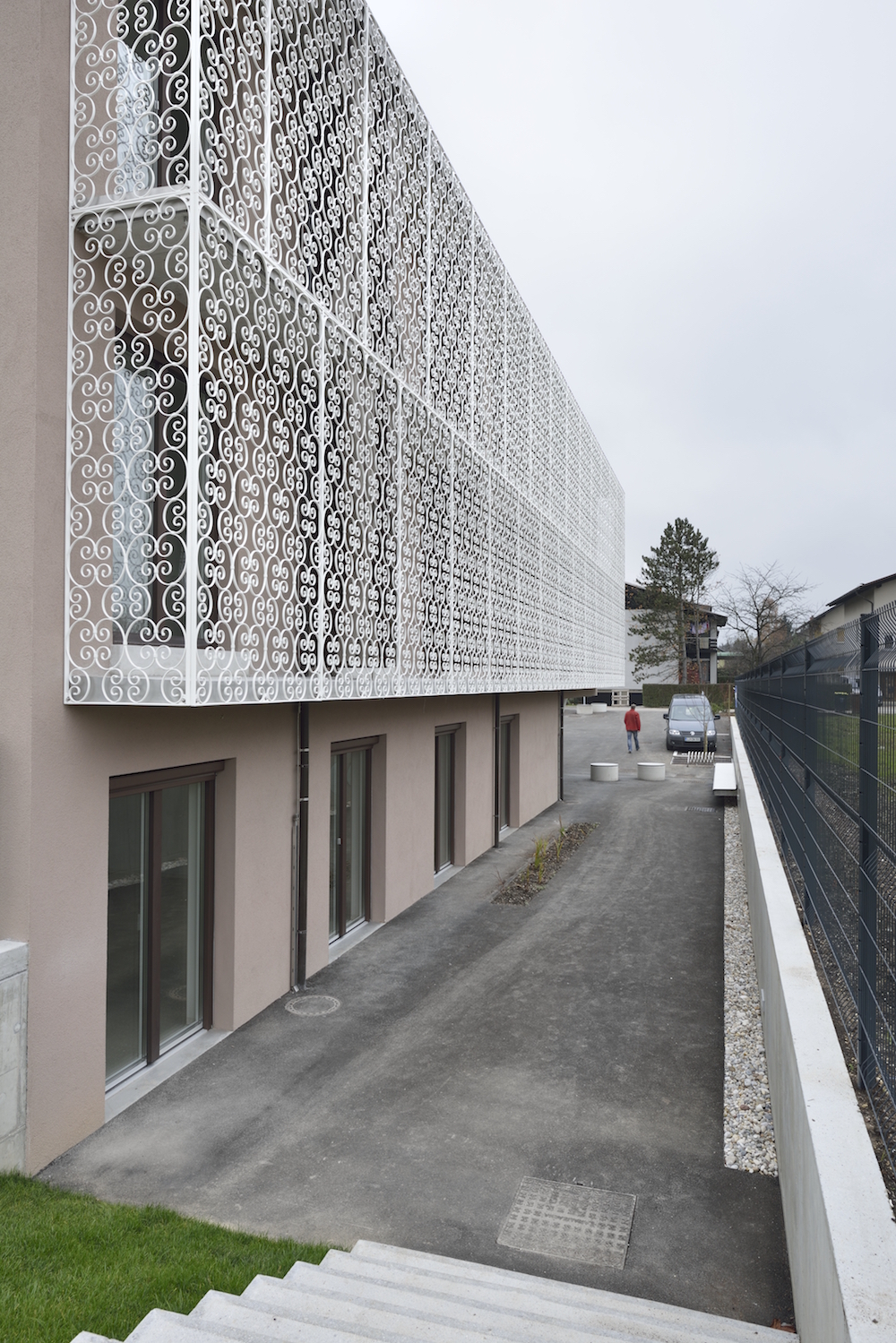 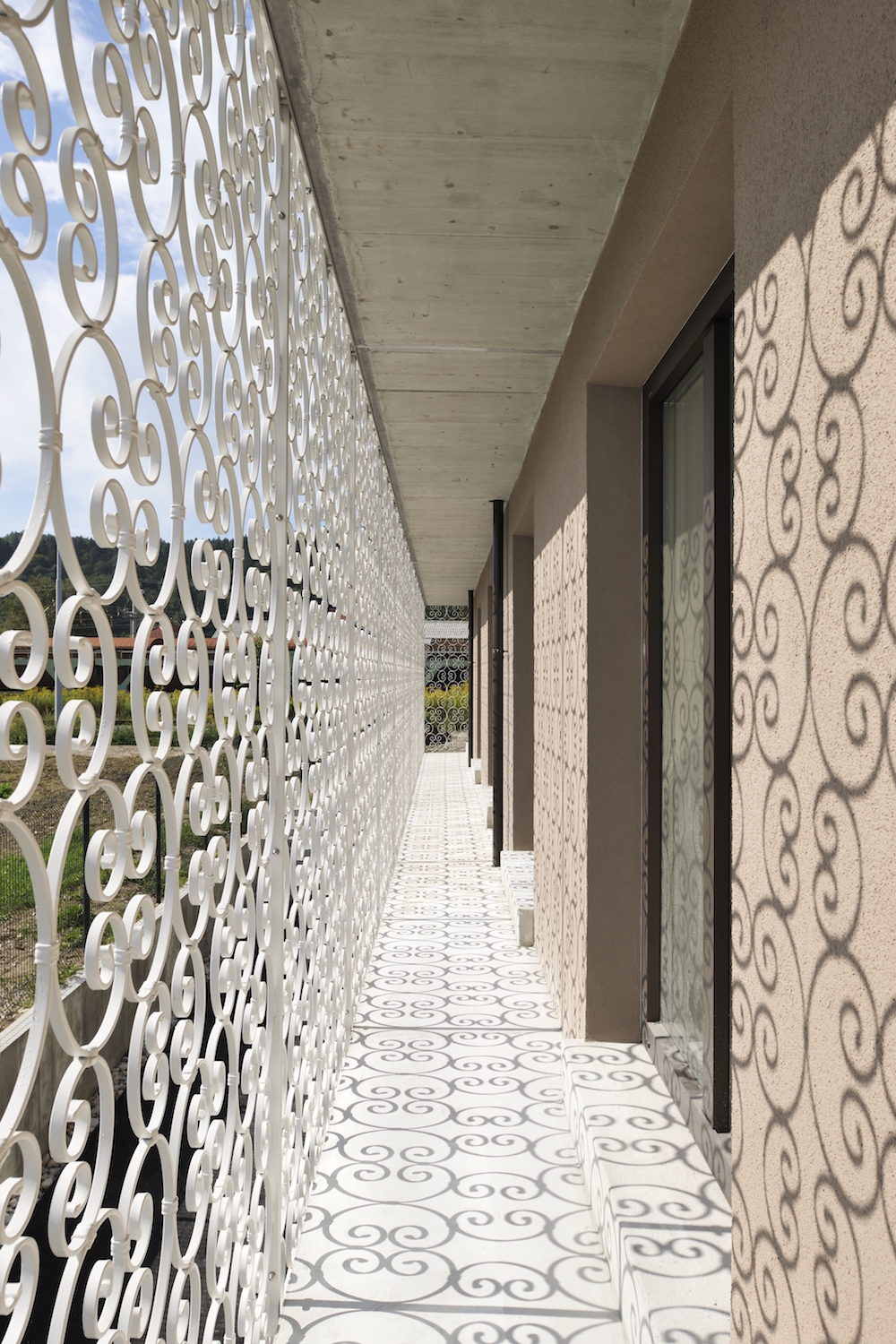 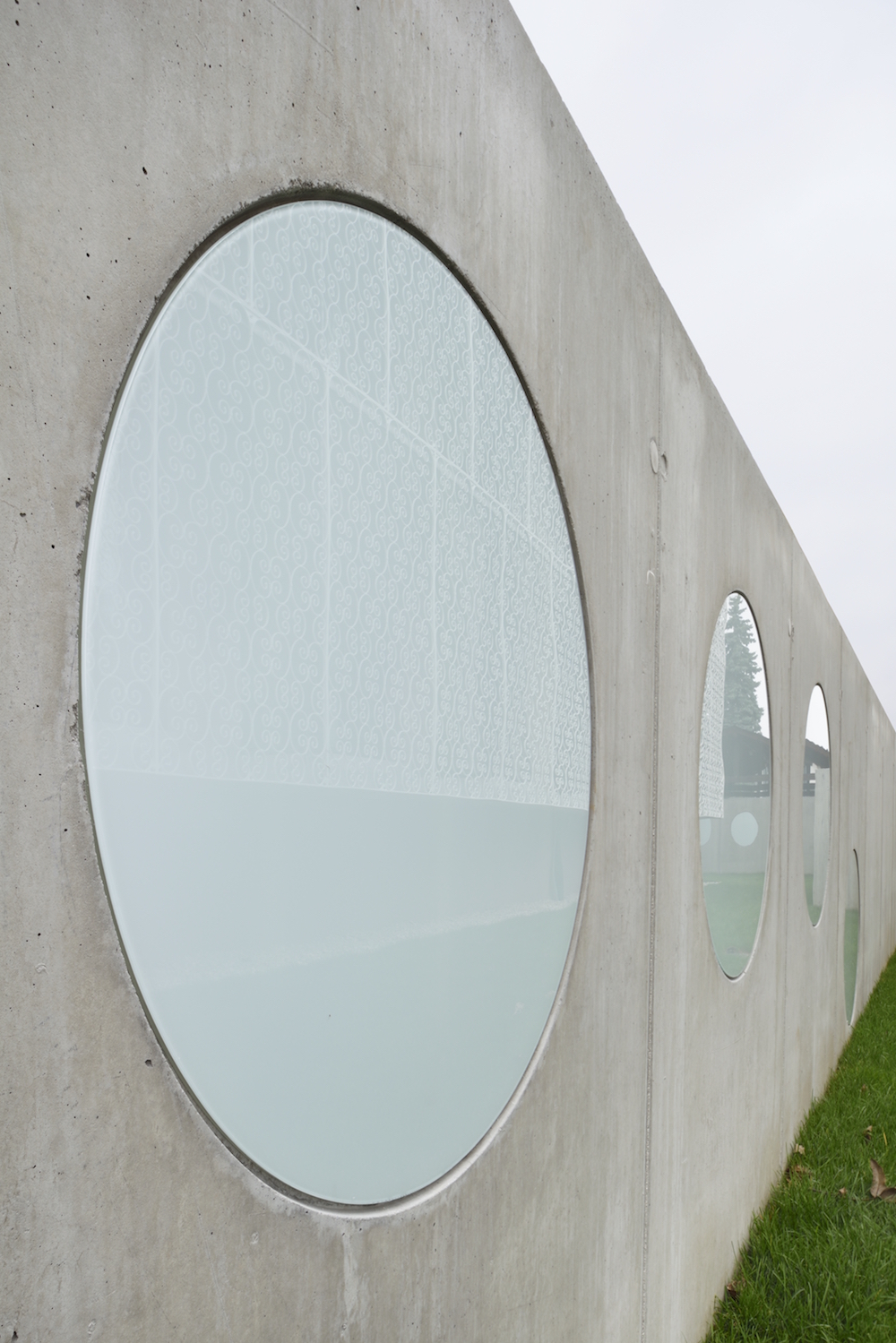 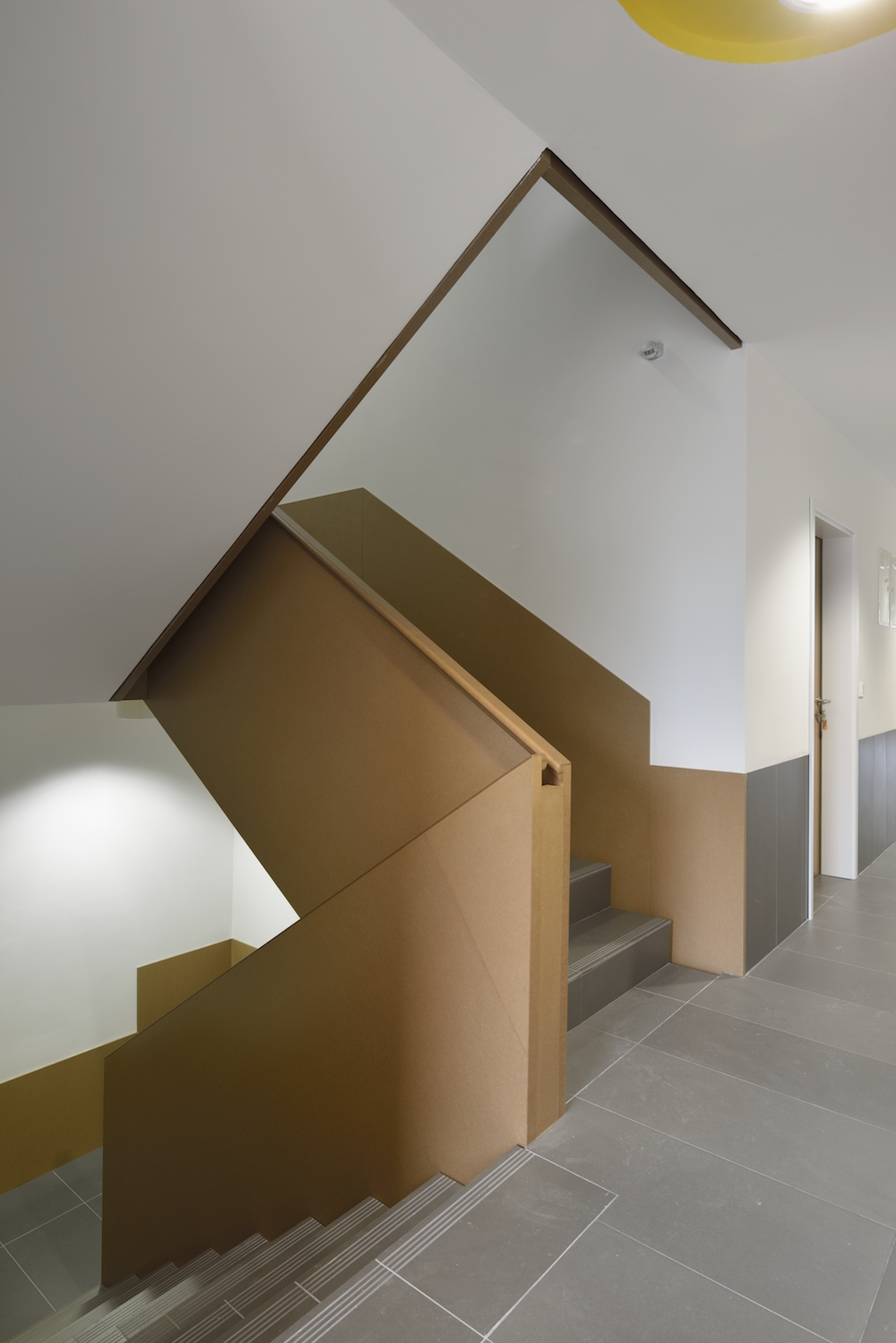 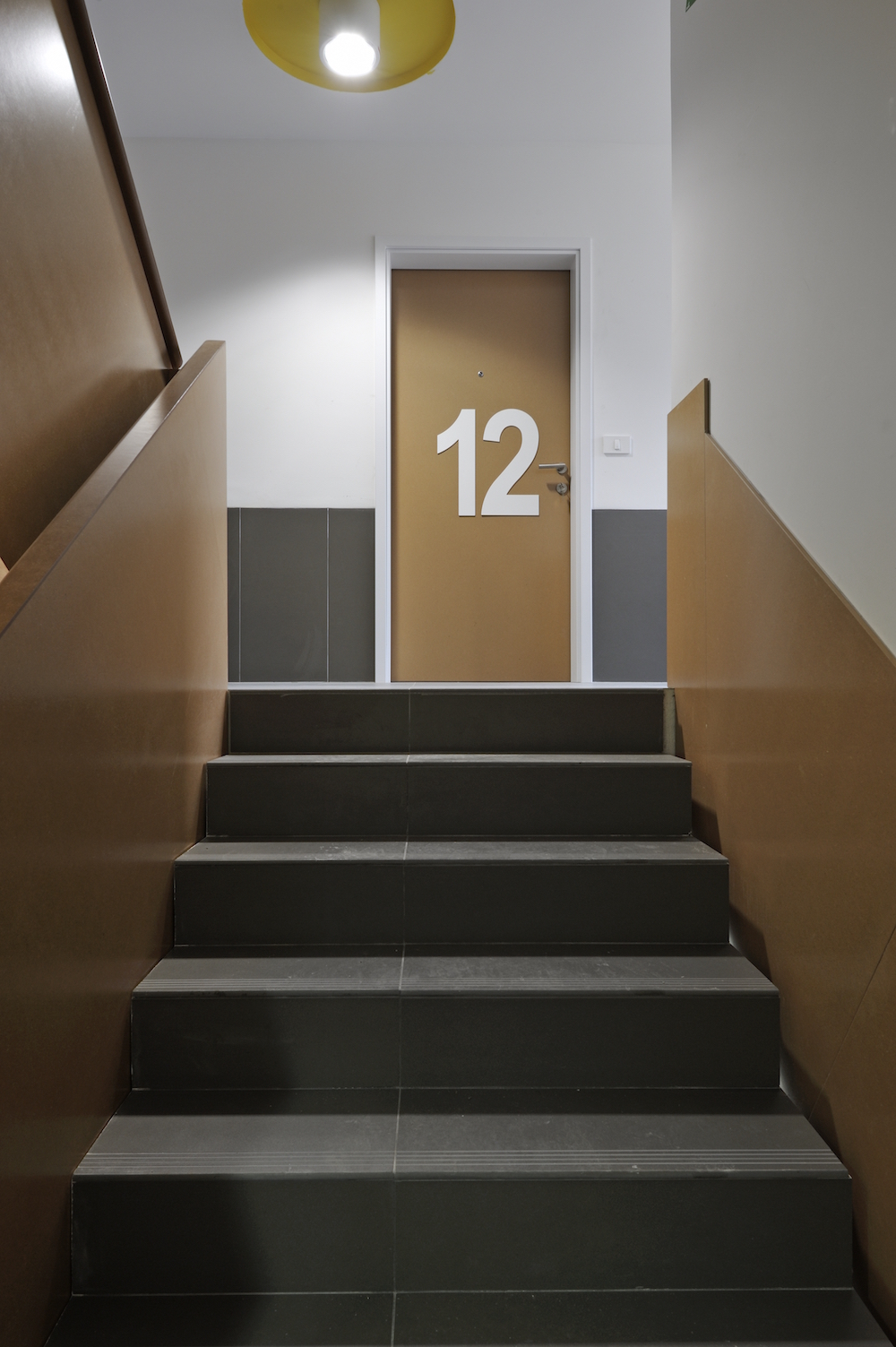