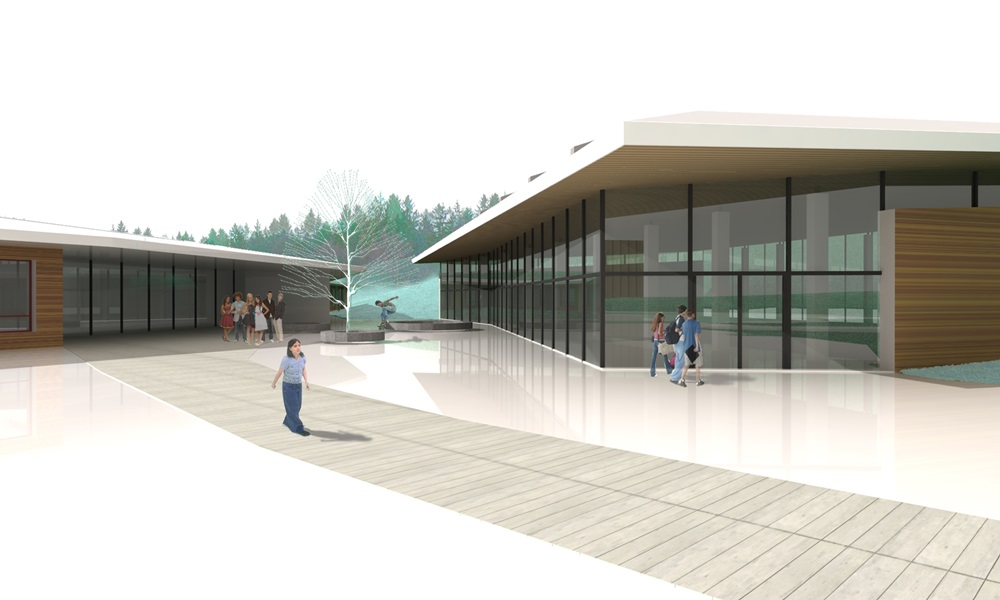 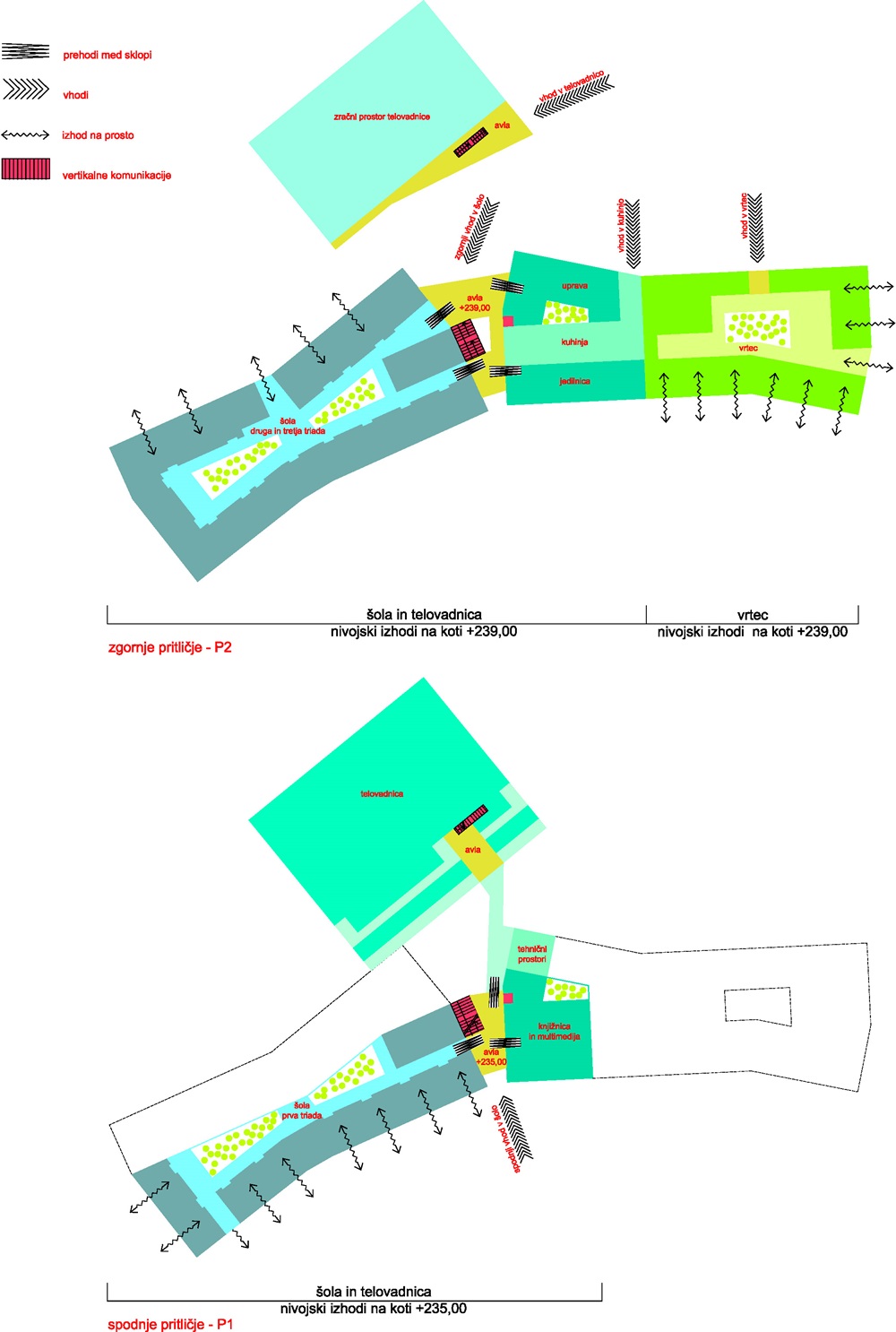 The new school will be built in a natural environment of a Lower Carniolan landscape of rolling hills as a sign in space and the focal point of the new cycle of Mirna Peč’s urban development. As an important public building providing a home to culture, education, and sport, the school is intended for the pupils, as well as the teachers and the rest of the local population. The school is set away from the road so as to create a wide, large “natural” space in front for the pupils to gather before and after school. This space functions as a lively Mediterranean square. Essentially, there are three buildings, the school, the kindergarten, and the gym, all interconnected. The school and the kindergarten are designed as two “bow-ties” being unfurled in the east-west direction; between them, there is the entrance part. The complex geometry of the floor plans and cross-sections creates exterior and interior spaces that have a character of their own. Along with the transitions into the exterior ambients under the overhangs, there are special elements of the architectural design to be found inside, namely an amphitheatre-inspired staircase in the hall and the inner atrium. The emphasis is on making the spaces understandable and ordered, and on giving them a clear hierarchy. 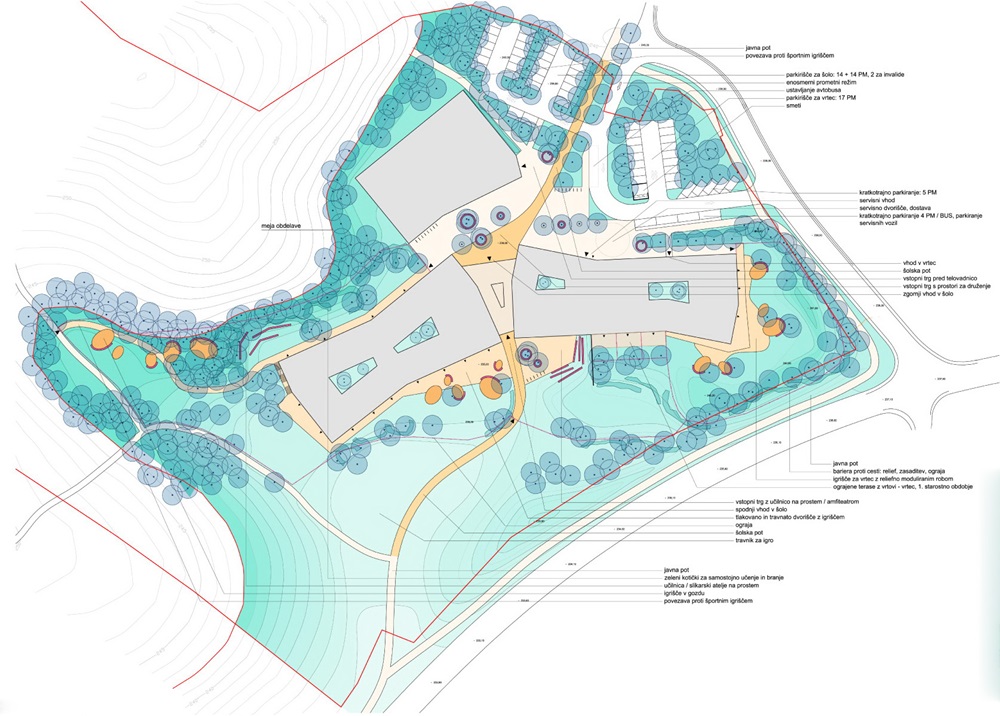 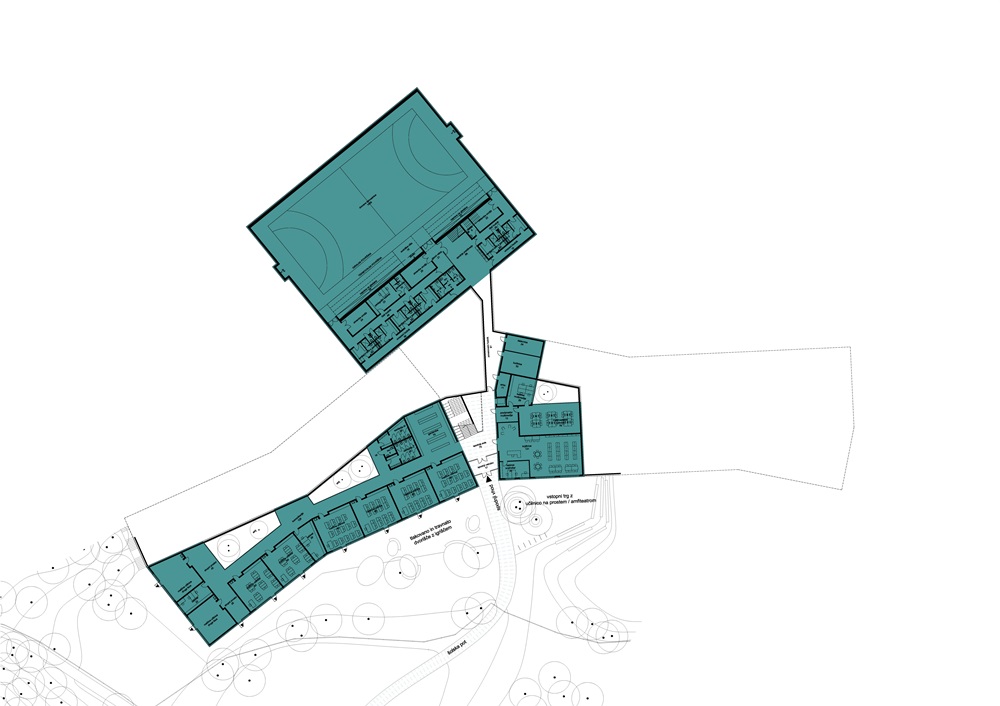 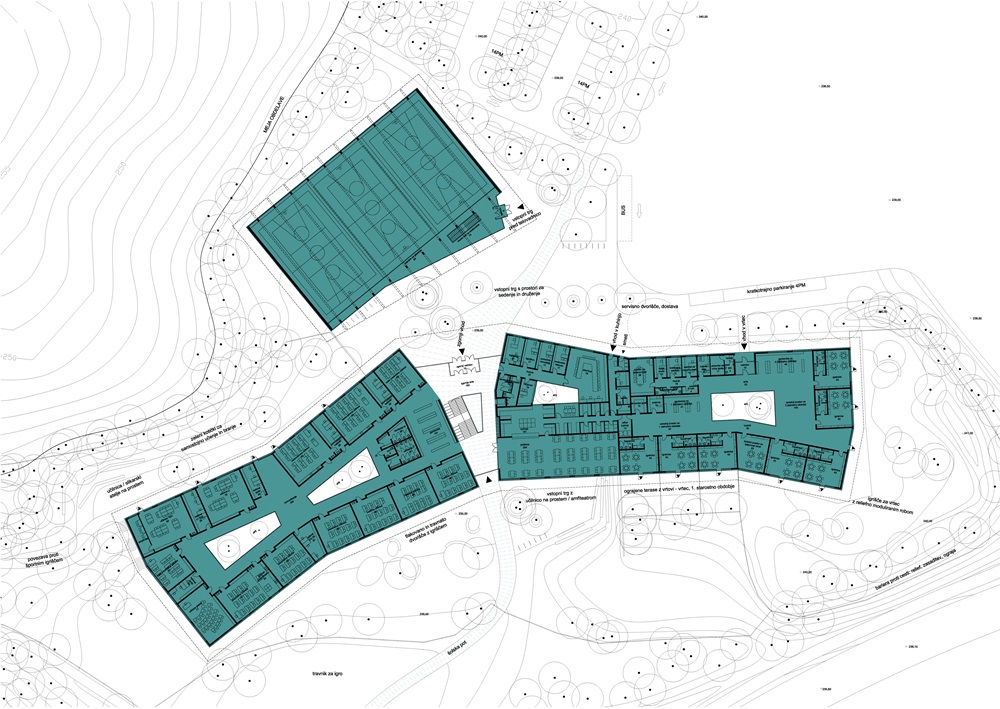