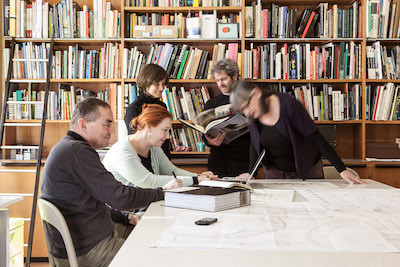 In our office, DANS arhitekti we create spaces and culture in which we live, work, feel and socialize with each other. We are consciously exploring the relationship between people and built environment, we think about innovative ways of using the space and at the same time drawing from archaic building principles, exploiting the opportunities opened by sustainable construction, and the possibility of creating pleasant livable spaces. No matter if we are designing urban public spaces or facilities with focus on engineering and technology, large spaces with heavy flow of people or intimate ambiances we try to create different moods through use of nuances and careful details.

Our works have received numerous awards.

[2016]
Architizer A+ Award, 2016 jury winner for the bicycle bridge across the Sava River in Bohinjska Bistrica

[2008]
Piranesi Award nomination for Children’s Department and Work Therapy at the Institute for Rehabilitation of Republic of Slovenia, Ljubljana